The order also gave Kumar liberty to use mobile phone, but the number of his cell will have to be provided to the CBI 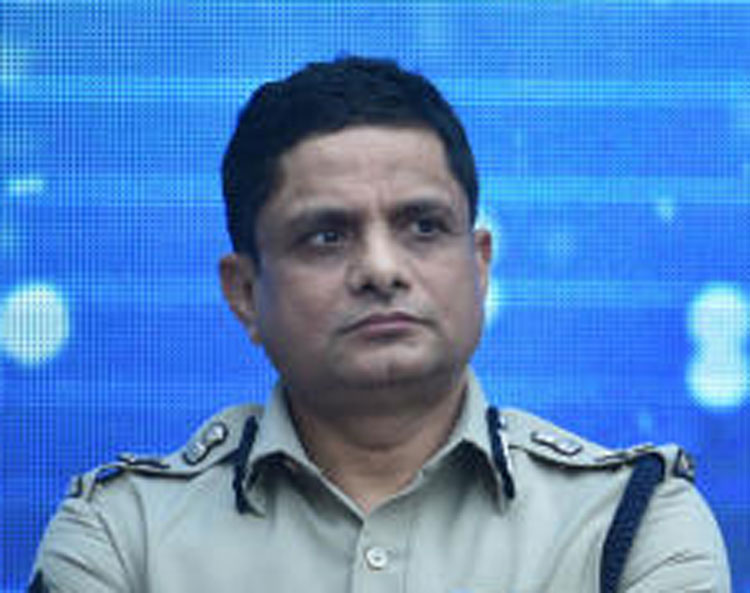 According to the conditions, Rajeev Kumar will have to deposit his passport with the joint secretary of the state home department within 24 hours and co-operate with the CBI investigation.
Telegraph picture
Our Legal Reporter   |   Calcutta   |   Published 30.05.19, 08:54 PM

A high court vacation bench granted interim relief from arrest to former Calcutta police commissioner Rajeev Kumar at least till July 11 in connection with the CBI probe into the Saradha scam, but the order came with a slew of riders.

Justice Pratik Prokash Banerjee asked Kumar to mark himself present every day till July 11, while restraining the CBI from taking coercive measures against him during the period.

According to the conditions, Kumar will have to deposit his passport with the joint secretary of the state home department within 24 hours and co-operate with the CBI investigation.

“The petitioner (Kumar) will have to stay within the jurisdiction of Calcutta and a CBI officer will go to his residence every day at 4pm to record his attendance. He will not be allowed to avoid any of the queries relating to the Saradha case,” Justice Banerjee of Calcutta High Court said in his order.

The judge forwarded the petition for final disposal by a regular bench of the court when it reopens after the 15-day summer vacation on June 10.

The order also gave Kumar liberty to use mobile phone, but the number of his cell will have to be provided to the CBI.

The judge restrained the state government from sending Kumar on outstation duty till the disposal of his petition by the regular bench.

The judge made it clear that he was not going into the merit of the CBI’s allegations against Kumar of shielding influential persons who had benefited from the deposit collection companies and that the court was issuing the interim order only after scanning the legality of CBI’s notice to Kumar.

The court also observed that Kumar would have to be alone when CBI sleuths interrogate him. His lawyer would not be allowed to be present in the room.

The court hoped that Kumar, “the custodian of law and order”, would not flout its order or abscond.

The order followed a petition by Kumar seeking quashing of the CBI’s May 26 notice asking him to appear at its headquarters in Calcutta. Moving the petition on behalf of Kumar, advocate Sudipta Moitra submitted that the only intention of the CBI was to take his client into custody.

Opposing Moitra’s submission, the CBI counsel, Y.J. Dastoor, said: “The CBI apprehends that Kumar has destroyed a diary containing the names of politicians and MPs who had received funds from the chit fund. For the said purpose, the investigators want custodial interrogation of the petitioner.”