Speed-breaker Didi only puts her sticker on every scheme run by the Union government, alleged the PM 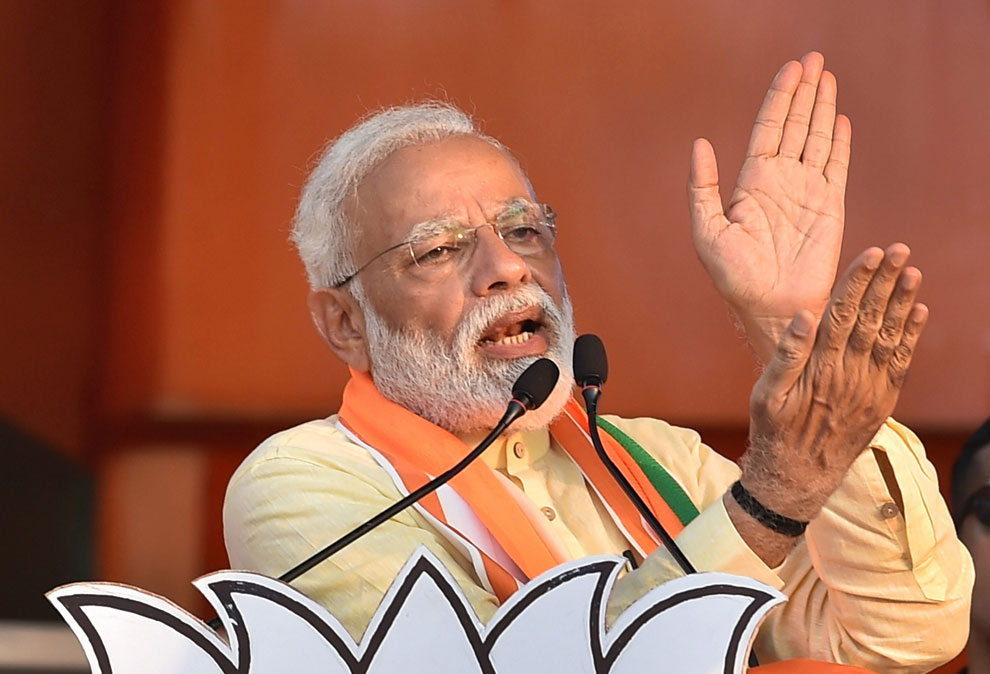 Prime Minister Narendra Modi on Wednesday called Mamata Banerjee “Sticker Didi”, accusing her of trying to usurp credit for central government’s welfare schemes before she implements the same in Bengal.

“Speed-breaker Didi only puts her sticker on every scheme run by the Union government. It is an easier way of taking credit without doing anything…. She is Sticker Didi as well,” Modi said at an election rally in Nadia’s Ranaghat.

The Prime Minister went on: “Free electricity connections to the poor are provided by the BJP-led government at the Centre. Around seven lakh people have received free electricity connections in Bengal. The low-cost rations distributed among the poor also come from Delhi…. Didi only puts her sticker on it to take tolabazi (extortion) from the people.”

Sources in the Trinamul Congress said the Bengal chief minister would react to the allegations herself at her campaign rallies, but were quick to add that Modi had repeatedly been accused of claiming credit for the development initiatives of the UPA 1 and 2 governments.

In 2017, the Congress had accused Modi of renaming 23 schemes of the UPA regime.

Modi also brought up Mamata’s rejection of the central Ayushman Bharat scheme in Bengal at the rally and said she had a “sick mindset”.

“This is the biggest government-run scheme in the world. People would get major benefits from this scheme, but she has no empathy for the poor and has rejected it here,” he said. “Didi has cheated you all by not allowing Ayushman Bharat in Bengal.”

The Prime Minister said Mamata should not have “betrayed” the people of Bengal who gave her their trust and respect by way of massive mandates after the 34-year rule of the Left. He said Mamata and Trinamul were trying to intimidate the BJP in Bengal but his party was not afraid of anything.

Modi said Trinamul and the Left had prevented the Citizenship (Amendment) Bill from being tabled in Parliament. “But be sure. it will be implemented.”