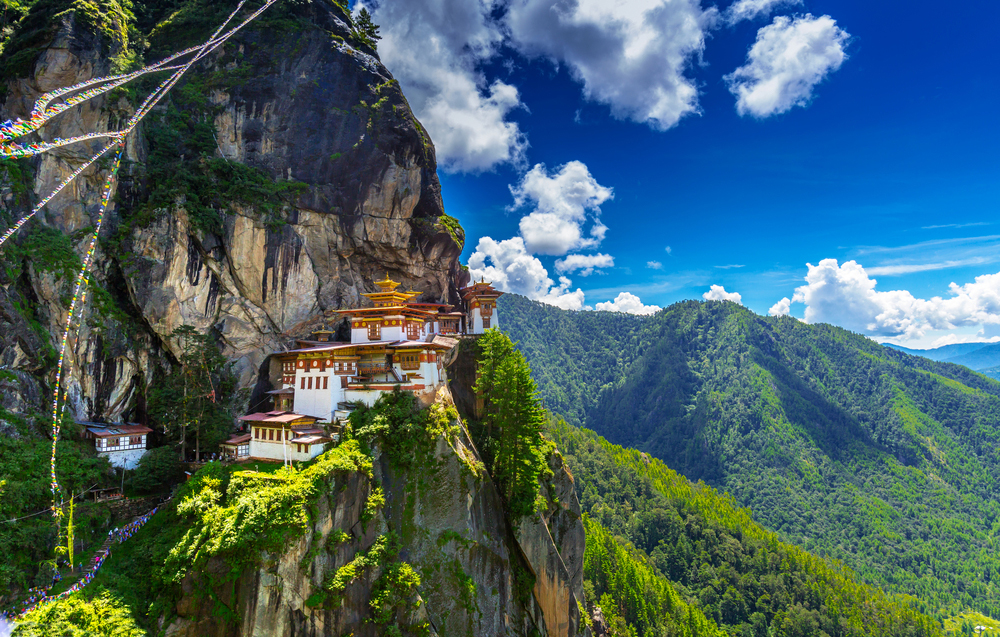 The Tiger's Nest monastery in Paro, Bhutan. North Bengal is a key entry point to the country and most tourists prefer land routes to reach it
(Shutterstock)
Our Correspondent   |   Alipurduar   |   Published 19.02.20, 10:00 PM

Stakeholders of the tourism industry in north Bengal have decided to approach the Bhutanese and Indian governments seeking a reduction in the daily fee of Rs 1,200 that the Himalayan nation plans to collect from every tourist.

The stakeholders — tour operators, hoteliers and vehicle owners and drivers — are worried that the fee would result in a drop in the number of Indian tourists travelling to Bhutan. North Bengal is a key entry point to Bhutan and most tourists prefer land routes to reach the country.

The Bhutan government so far did not collect the Sustainable Development Fee from tourists from India, Bangladesh and the Maldives, but now plans to extend the levy to these three countries from July.

“We today held a meeting in Jaigaon (in Alipurduar that shares a border with Phuentsholing, one of the key entry points to Bhutan). It was decided that a committee of stakeholders would be formed to take up the issue with the governments of India and Bhutan,” said Suresh Thakuri, the president of the Jaigaon Travellers’ Welfare Association.