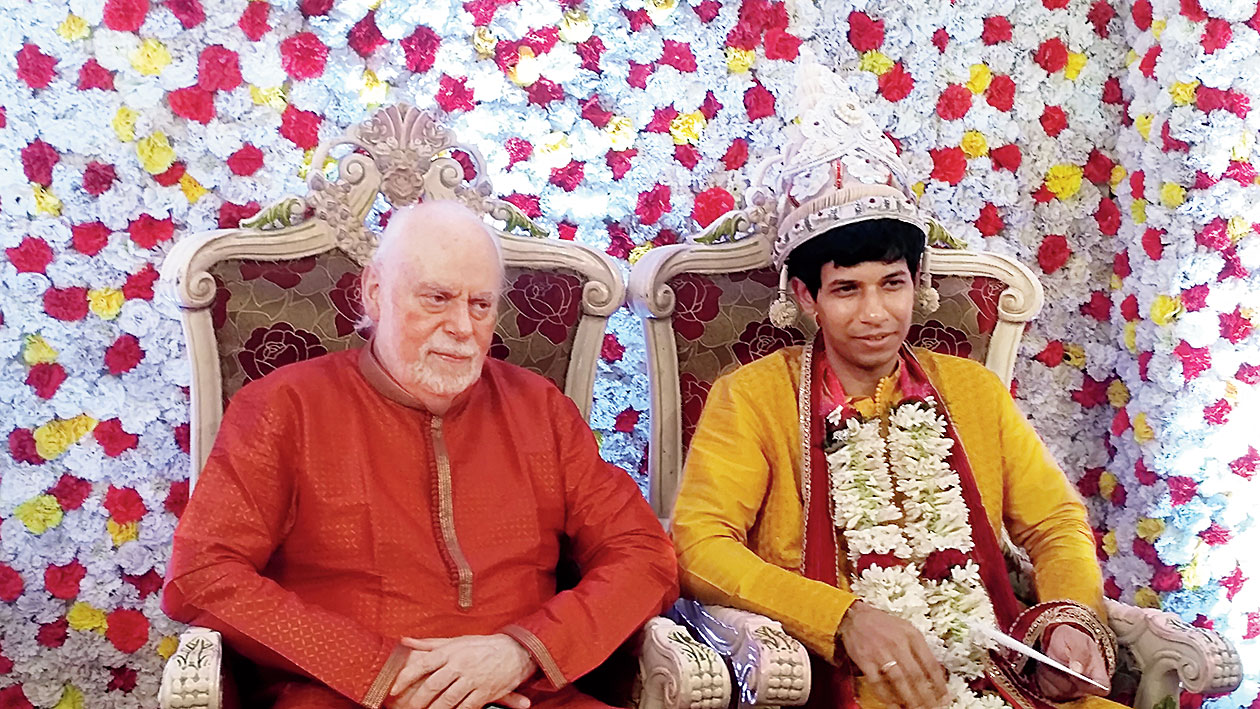 A 77-year-old Scottish Nobel laureate flew down from Chicago to Calcutta to play the role of the groom’s father for one of his students from Northwestern University on Wednesday.

Sir James Fraser Stoddart, who shared the Nobel in Chemistry with Ben Feringa and Jean-Pierre Sauvage in 2016 for the design and synthesis of molecular machines, had to step in because Indranil Roy’s father is bedridden.

Arun Roy, a physician, suffered a cardiac arrest a few months ago. While recuperating with a pacemaker a few weeks later, he broke his hip joint in a fall and has been bedridden since.

Clad in traditional Bengali attire, Sir Fraser took part in the ashirbad (blessing) ceremony at bride Pracheta Sahoo’s Salt Lake home on Wednesday morning. Pracheta is pursuing PhD in computer science at the University of Texas. In the evening, Sir Fraser interacted with guests at the wedding.

“It is truly a great gesture by him. He is such a famous scientist, a Nobel laureate… yet so humble and generous. This is unimaginable,” said Ratna Sinha, the bride’s aunt.

For Sir Fraser — a Fellow of the Royal Society — it took him no time to accept Indra’s invitation. “When Indra invited me, I was charmed. I took no time in deciding to attend his wedding,” said Sir Fraser, who hails from Edinburgh.

“Today is a treasured moment to me. My presence meant a lot to him. I am fascinated with all Bengali rituals, the floral decorations, the setting, and Bengali cuisine — which is a little spicy,” he added.

For the groom, having his favourite teacher grace his wedding as the guest of honour was the greatest gift. “Sir’s presence is the best wedding gift for me and my wife. Of course, I’m missing my father but sir’s presence compensated for his absence to a great extent… ,” Roy said.

The scholar said since joining Sir Fraser’s team in 2017, they shared a special bond. “I did not really expect him to be able to make time from his busy schedule. He told me that to attend my wedding, he decided to skip a conference in Malta,” Roy added.