We have a very nice set of judges, very honest and we have very cordial relations with all, says president Arunabha Ghosh 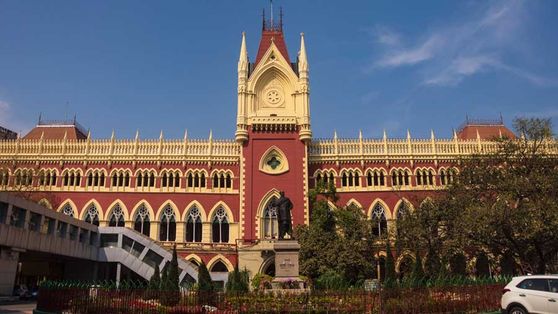 The active strength of judiciary at the Calcutta High Court rose to 54, the highest in several decades according to senior advocates, with the swearing-in of nine new judges on Wednesday.

The High Court at Calcutta, the oldest in the country, has a sanctioned strength of 72 judges.

Chief Justice Prakash Shrivastava administered oath to the nine judges at a ceremony in the high court.

Welcoming the new judges, Calcutta High Court Bar Association president Arunabha Ghosh assured them of all cooperation from the advocates.

"We have a very nice set of judges, very honest and we have very cordial relations with all," he said.

Welcoming the new appointments, Advocate General S N Mookherjee said that he, during his over 36 years of practice, has never seen the Calcutta High Court functioning with more than 50 judges.

"I expect and fervently hope that all the judges sworn-in today and the members of the bar will work together in rendering both justice and in applying the law," he said.

The high court, which functioned with only 39 judges till the middle of May, has seen several new appointments in the past few months.