Also, buses will be introduced in a number of new routes to connect north Bengal with other parts of the state and neighbouring states 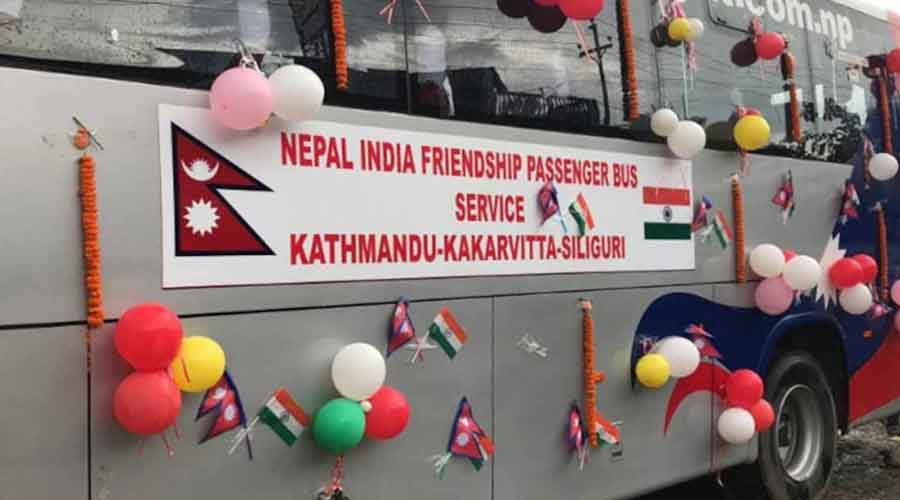 “From January 2022, we will launch a bus service between Siliguri and Kathmandu. The idea is to increase the revenue earnings of the NBSTC.

Also, buses will be introduced in a number of new routes to connect north Bengal with other parts of the state and neighbouring states,” Roy, who was put in the post in August this year, said.

He added that as of now, the NBSTC makes a profit of Rs 15 crore annually and they had set  a target to increase it to Rs 20 crore. “For example, in Alipurduar depot, the monthly earning is around Ts 1 lakh, which we want to increase to Rs 1.3 lakh,” he said.

On Sunday, Roy resumed two bus services to Assam from Alipurduar. The buses will ply to Bongaigaon and Dhubr in Assam, he said.
“The bus services were available earlier but had stopped owing to the Covid 19 pandemic.  The resumption of these services will largely help the traders of Alipurduar as well as of Assam,” said a source in NBSTC.

The transport agency, sources said, has also decided to run buses to Purnea in Bihar and Ranchi in Jharkhand from Alipurduar. This apart, new services within the state will continuously be added, Roy added.

“Recently, bus services have been launched from Malda to Cooch Behar and Mathabhanga. There is also a plan to run Volvo buses between Malda and Calcutta,” said the NBSTC chairman.