Poromboke: an unbuilt open space that belongs to the community and has became a pervasive metaphor 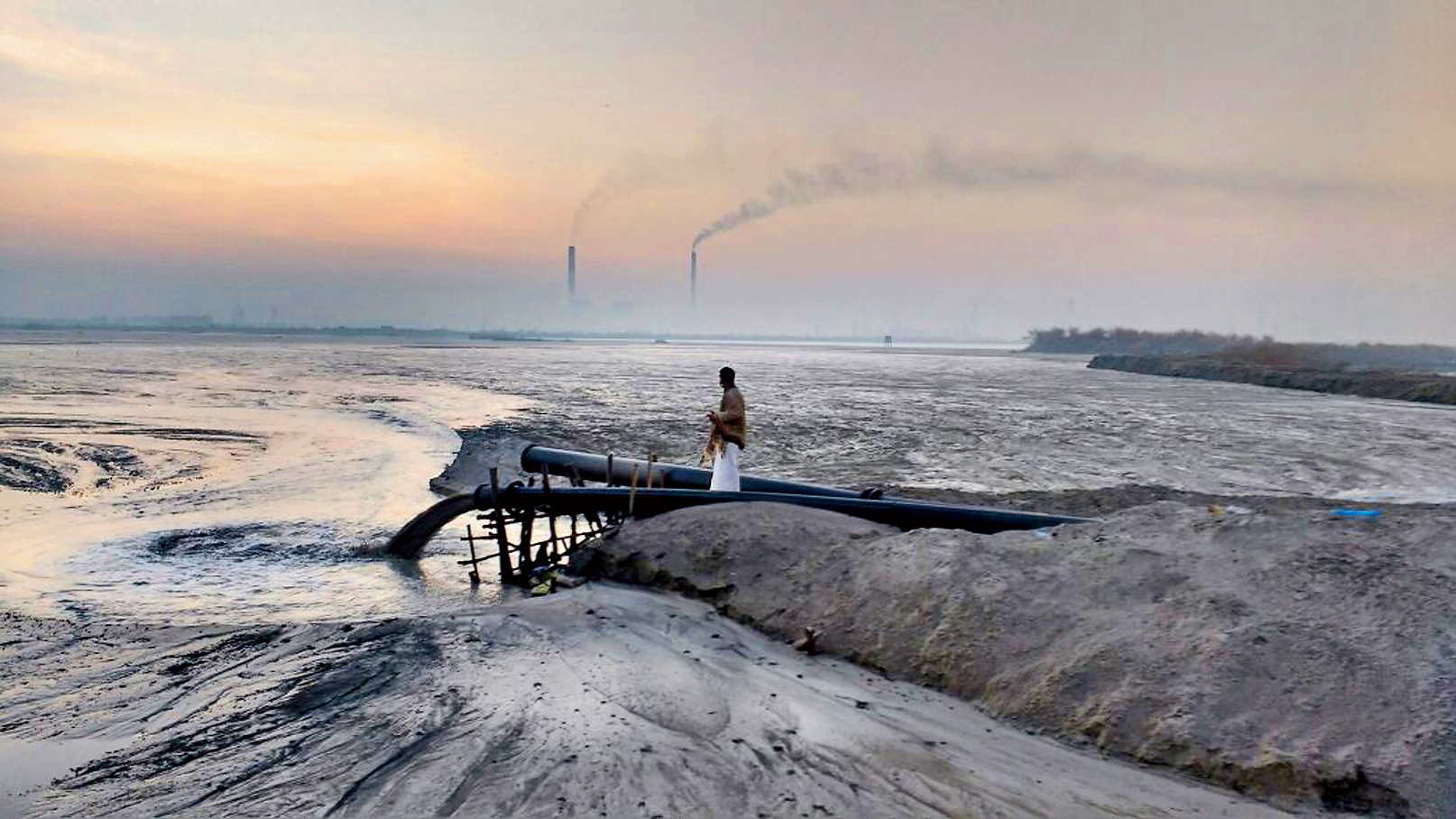 Poromboke (n.). 1. Places reserved for shared communal uses (water bodies, grazing lands). 2. A pejorative intended to demean and devalue a person or place. How did the meaning change from the first to the second?

That’s how the Poromboke song, featuring renowned Carnatic vocalist- activist-writer T.M. Krishna, starts. Krishna was in Calcutta recently for a three-day trip, during which he both spoke to audiences and enthralled them with his music.

Environmentalist Nityanand Jayaraman, a Chennai resident like Krishna, was an important collaborator in the song. Both took part in a conversation at Jadavpur University organised by JU and First Edition Arts, Mumbai, on the first day of Krishna’s visit. The conversation went off like fireworks. Neither Krishna nor Jayaraman pulled his punches, not bothering if the enemy was what they called the Brahminical control over Carnatic classical or the way state and business conspire to eat up public spaces.

They spoke about Poromboke, an unbuilt open space that belongs to the community. But during the course of the conversation, Poromboke became a pervasive metaphor, also for the music that comes without pedigree, and for just about everything with no name.

Disenchanted with Carnatic classical, the domain of the Brahmins, Krishna began to look for ways out. He sought Jayaraman out. “Jayaraman did not know who I was,” said Krishna. However, their politics matched. They took up several projects by redefining spaces, often with the help of music.

The Poromboke song features Krishna in Poromboke land: a stretch of a wetland, a construction site, factory waste pipes, railway lines. The 2017 video was shot in Ennore Creek in Chennai and the nearby wetlands, which were under the threat of real estate. The creek was being used as a dumping ground for toxic fly ash.

“It was not the rivers that chose to flow through cities/Rather, it was around rivers that the cities chose to grow/And lakes that rainwater awaited/Poromboke, they were reverently labelled…” sings Krishna beautifully.

Jayaraman had produced the song. During the conversation, he made an audio-visual presentation on a Chennai locality called Urur-Olcott Kuppam. It is a fishing village that lies close to the affluent Besant Nagar area, close to Marina Beach. “But people would say the beach stopped with Besant Nagar.” As if the fishing village did not exist. It was invisible. Poromboke.

The fishing village hosted the Urur Olcott Kuppam Vizha, an arts festival, this year. Jayaraman and Krishna are part of this festival.

The festival aims at hosting all arts, from classical Carnatic to gaana songs, equally. But as Jayaraman writes in a website article, this is not about “taking” Carnatic classical from the “sabhas” into the “slums”. It is about changing the frames: the sabha for classical and the space below a railway bridge for the gaana.

This is what the Poromboke song does: in one version, a Bharatanatyam dancer performs to the song in spaces never associated with the classical: slums, garbage dumps, undefinable spaces between structures, spaces meant for the community, but not respected.

Such engagement remains problematic. When classical music is taken out of its frame, its journey is observed, but what about the place where it is taken? Who benefits more? Who has more power? Krishna admits the problem. But he remains undaunted, as does Jayaraman.

In October, Chennai will host the Poromboke Festival, informs Jayaraman later from Chennai in an email. It will be a series of lecture-demonstrations and performances showcasing Poromboke-based arts, crafts and livelihoods.

“The current environment crisis is the inevitable result of development premised on notions of infinite growth and ever-increasing GDPs,” he adds. “We look at unbuilt landscapes as waste: you have to do something to the land for it to be valuable,” says Jayaraman later in email.

The conversation at JU was hosted by the School of Cultural Texts and Records, and was moderated by Amlan Dasgupta, former head of the school and former professor of the department of English in the university.