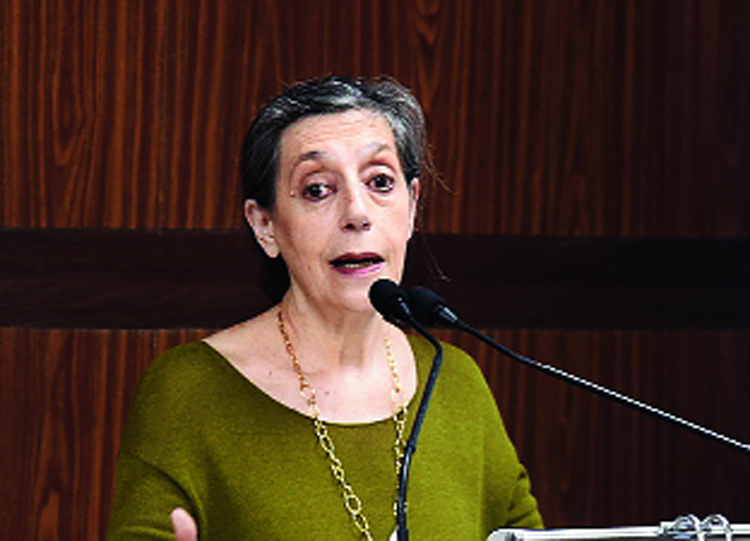 The chief curator of the National Museum of Modern Art, Georges Pompidou, Paris, believes the “modern” in India started with the “invention of Calcutta”.

Many would say the “modern” in India began with 1947 but Catherine David, French art historian, disagrees. “The modern would begin with the invention of Calcutta, when the Empire realised it could not function from London and that Calcutta could better operate the Empire,” said David, delivering a lecture on Rethinking the Future of Museums of Modern Art at the Victoria Memorial Hall (VMH) on Tuesday.

Modern culture, literature and visual art came into being in Santiniketan with the birth of the Bengal School of Art, she said. While Vivekananda and Tagore contributed to the development of the modern in India in the spiritual context, it was the Bengal School of Art led by Abanindranath Tagore that gave a formal political and social dimension to the “modern” in India.

“The development of the modern moment in India happened in Santiniketan. It was at the same moment an emancipatory, spiritual and formal project. It was a good combination of the colonial project and the more local,” David said. “Not many people went to Santiniketan. But that did not deter an artist like Benode Behari Mukherjee from working in a place where there was hardly any international visibility.”

She defined a museum as a place with a collection of a long history of certain groups of people or communities, which has meaningful narratives, permanently inviting audiences and permanently questioning and improving. While rethinking the future of museums of modern art, David lamented the lack of them in non-European and non-American geographies.

“Museums deal with a certain time and sedimentation. Most countries don’t have an articulated space for the modern. It is sad that many geo-cultural spaces have not satisfactorily developed a museum of modern art,” said the first woman and non-German to curate documenta X — one of the world’s leading contemporary art events held in Kassel, Germany, once every five years.

Distinguishing between modernity and modernism, where modernity is a global phenomenon while modernism is more to do with the project, David said: “There are different dynamics of the modern moment. It is a tough modern moment for Iraq, for example, which has had a very dynamic and modern impulse in architecture since 1975.”

In the new American world, the canon of museum of modern art was develop audiences, get people to agree to work and discuss on a global scale. According to Catherine, “The modern is the Greek idea of muse, not building or collection, but meeting of muses.”