Milestones and smiles at special show in Calcutta 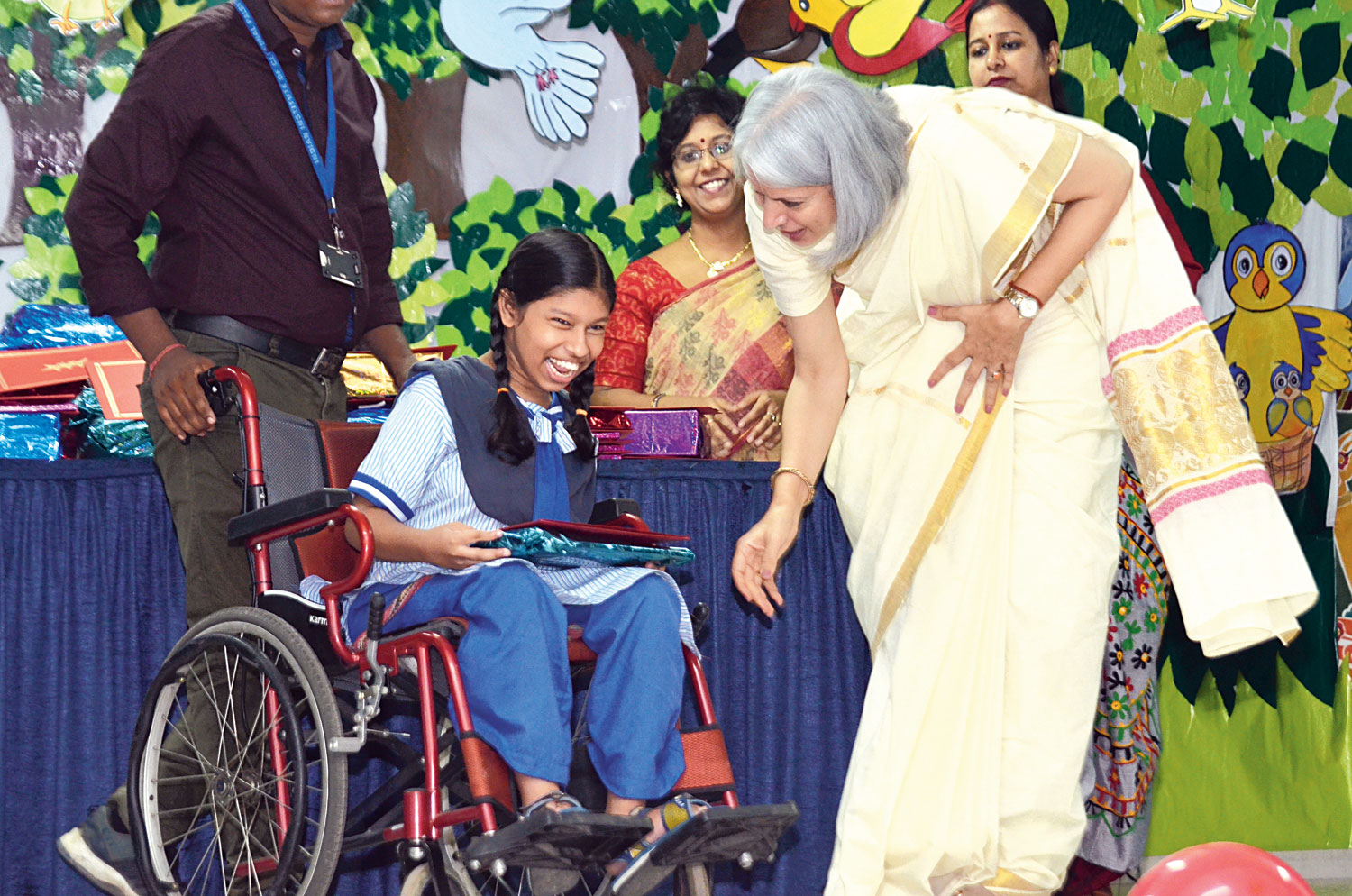 Afsara Khan loves to take part in cultural programmes and enjoys dancing from her wheelchair. She got a prize for general proficiency at the annual prize day of Indian Institute of Cerebral Palsy (IICP) on Friday. The award was handed over by Suvina Shunglu, the principal of Sri Sri Academy.
Pictures by Biswajit Kundu
Chandreyee Ghose   |   Calcutta   |   Published 05.07.19, 09:39 PM

Ankita and Deepanshu, both wheelchair-users with speech difficulty, were among the many special achievers feted at the annual prize day of the Indian Institute of Cerebral Palsy (IICP) on Friday.

“Every small improvement is a huge milestone for these students. The yardsticks of achievement are different here,” said IICP’s chief operating officer and director, Sonali Nandi. 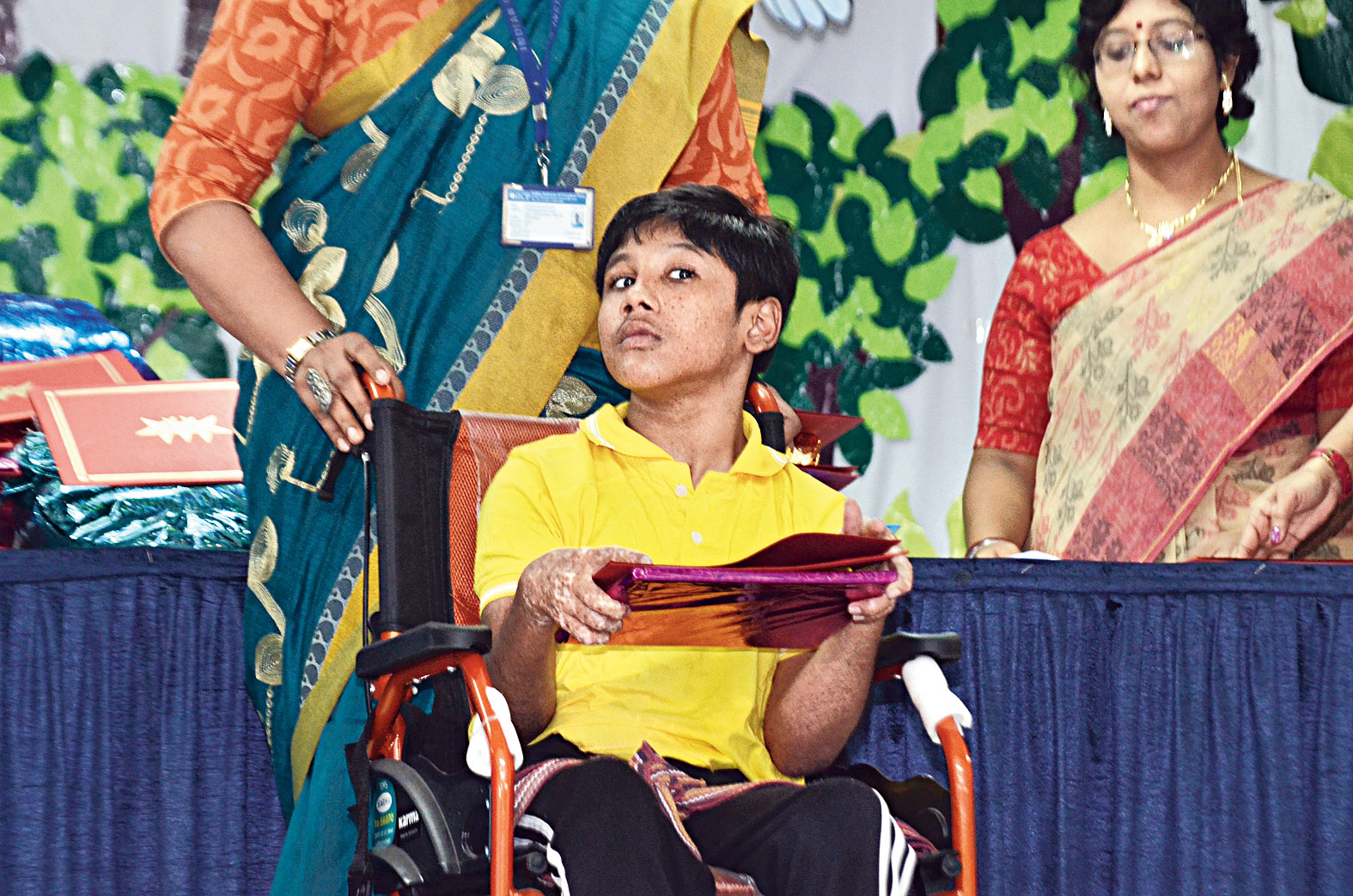 Deepanshu Pal is an expert in using the tab and iPad along with his alternative augmentative communication device. A regular at the computer lab, the boy who once had trouble handling the keyboard was awarded for his computer skills.
Pictures by Biswajit Kundu

As prize winners from different classes went up on the stage, their achievements were announced.

For some it was being able to communicate better with friends and learning to dance from the wheelchair, while for others it was about holding on and mastering the art of using the alternative augmentative communication device as well as the tablet and iPad.

There was no dearth of talent. Students stood out for their active participation in various music and art events, overcoming poor motor and communication skills.

Sudhanshu Das, 14, received an award for being an avid library user. 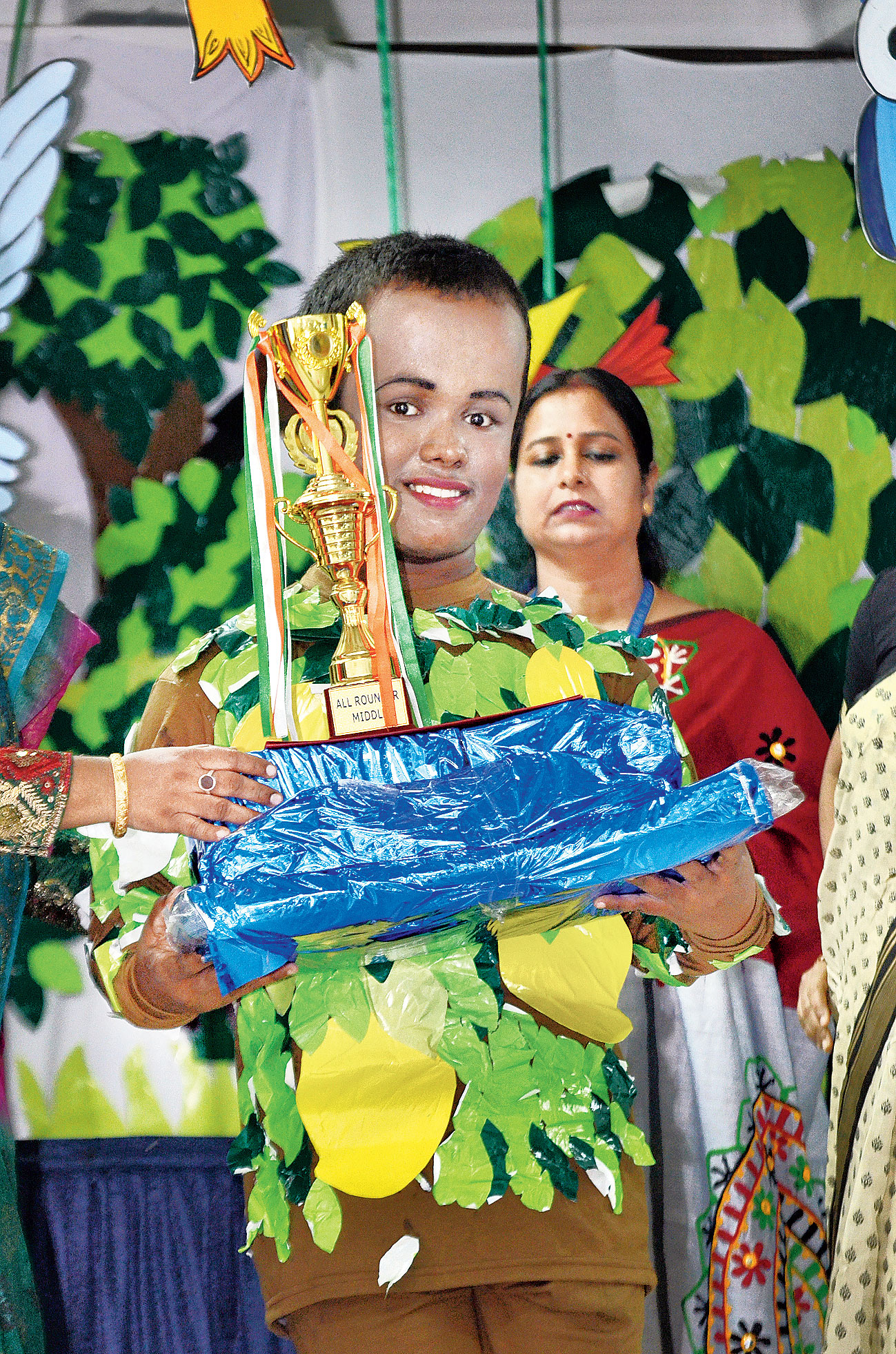 Bittu Sen is a drummer, a member of the school band, an active participant in cultural programmes, a keen student and a leader in child advocacy programmes. He got the middle school all-rounder’s award.
Pictures by Biswajit Kundu

“Sudhanshu suffers from hearing and speech problems and can only read picture books. And loves them. He has shown remarkable improvement in identifying pictures and numbers now,” his classteacher said.

Afsara Khan, 15, has come a long way from her days of poor concentration. Now she is eager to complete her education and has also joined IICP’s skill training unit. 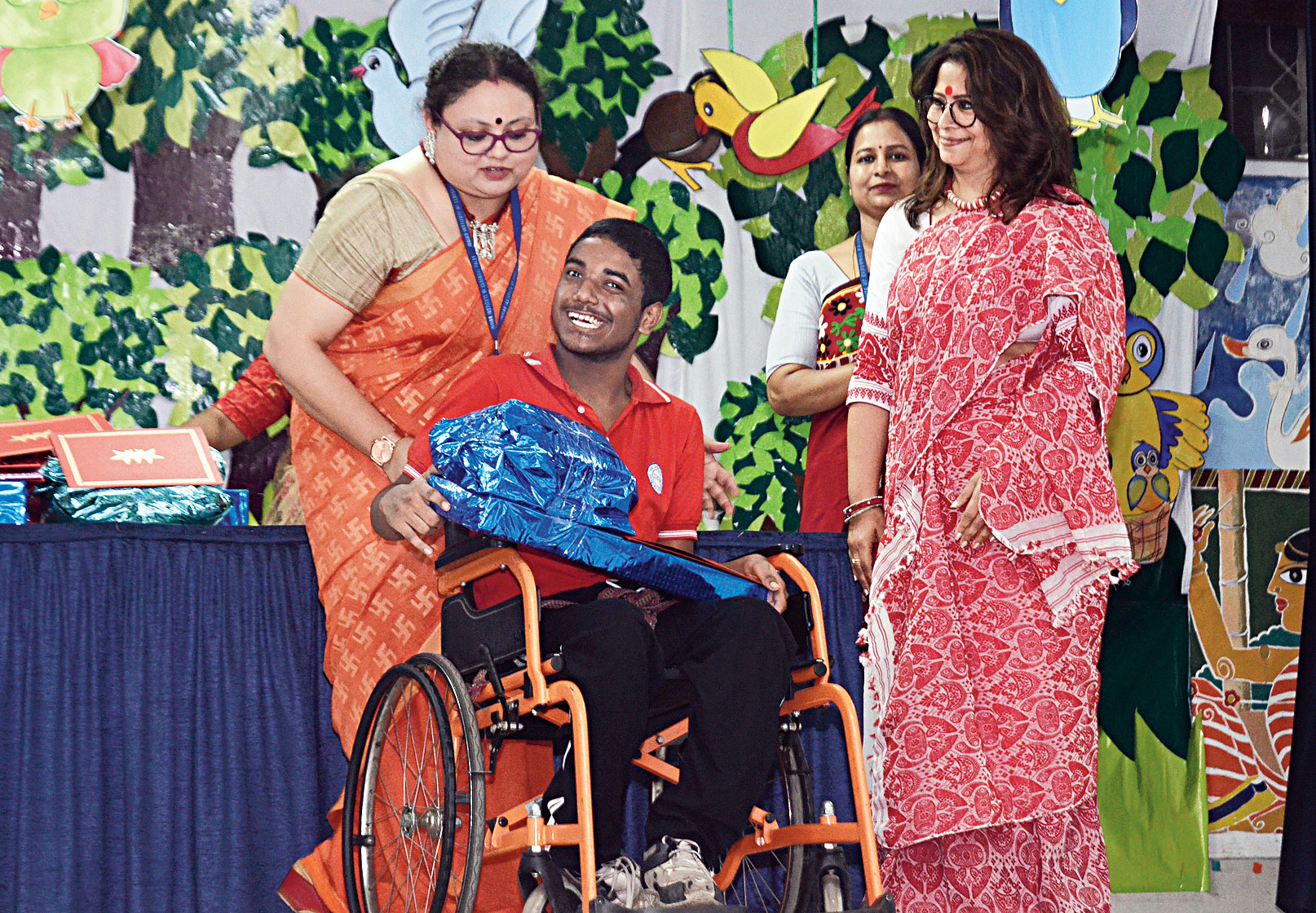 Sudhanshu Das’s favourite spot at IICP is the library. The boy with speech and hearing difficulty loves picture books. He was awarded for frequenting the library. The prize was handed over by Nupur Ghosh (right), the vice-principal of Mahadevi Birla World Academy.
Pictures by Biswajit Kundu

“These awards are a big boost to their confidence. Most of our students have poor motor coordination. We make a goal, strength and learning assessment for each of them. Many have to be guided at every step — from toilet and mobility training to learning how to adjust to a new environment and increase their communication skills. Their improvement is often slow.

At every step teachers, special educators and parents have to work hard with them. To see them excel is a proud moment for all,” principal Nandi said.

Most of the achievers had a dream. “I want to work with computers,” said Deepanshu, using hand gestures.

“I don’t know what career I will take up but I want to be a good human being,” added his friend Bittu Sen, who was adjudged the middle-school all-rounder.

The prizes were given away by Suvina Shunglu, the principal of Sri Sri Academy, and Nupur Ghosh, the vice-principal of Mahadevi Birla world Academy.