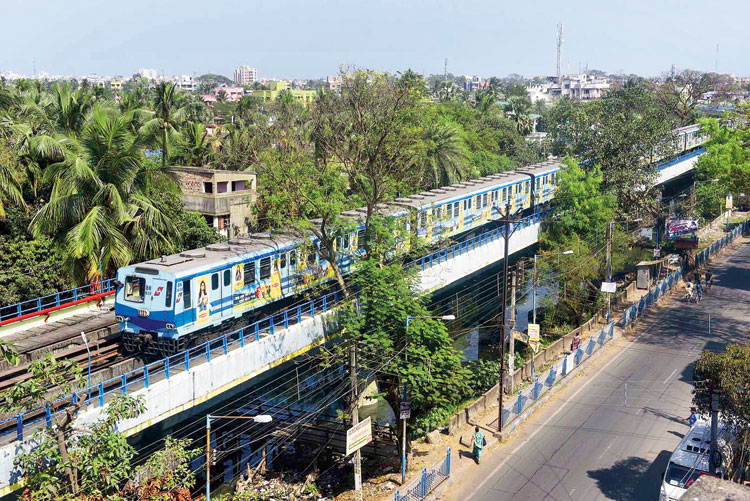 Metro Railway, Calcutta’s much-loved transport lifeline, is hamstrung by its ageing technology and the government’s reluctance to spend on upgrades.

The railway ministry has either rejected or been sitting on at least three proposals related to upgrade of technology sent by the Metro authorities over the past year, sources said.

Railway sources said one reason for the ministry’s reluctance in accepting the proposals was the huge operational cost of Metro.

“Often in video conferences with Railway Board members, Metro officials don’t get a chance to speak about their requirements. This shows how the board views Metro,” an official said.

The Metro authorities had sent a proposal to the ministry last year on the upgrade of the signalling system. The authorities want the system to be similar to that of East-West Metro.

East-West Metro has a communication-based train control and signalling system, which uses telecommunication technology. The system has no signal posts or fixed blocks. A train will pick up signal from the tracks, which will be open for a train to move only when the earlier train moves.

If the tracks ahead are blocked, a train will stop automatically.

Trains on the north-south Metro route have a protection and warning system that makes them stop automatically only if the signal is red.

A proposal was sent to the Railway Board last year to upgrade the north-south Metro’s system into a communication-based one. But it was rejected on the ground that the proposal had been sent by the traffic department of Metro Railway, instead of the signal and telecommunication department, sources said.

“The traffic department has sent the Rs 465-crore proposal but the board is yet to respond,” an official said.

The new Metro stretches, such as the Joka-Esplanade and the New Garia-Airport links, will have the new signalling system. “This means the existing rakes cannot be used on those lines,” the official said.

“The communication-based train control system may not help us increase the frequency of trains because we need a five-minute gap for changeover at the terminal stations but it will surely boost safety. Also, this will soon be the only signalling system available in the world,” said Satyaki Nath, chief operations manager, Metro Railway.

The Metro authorities have sent a Rs 250-crore proposal to the Railway Board to replace the steel-made third rails with aluminium-made ones. The board is yet to respond, sources said.

“Aluminium is less power-resistant and hence can save more energy. Also, it needs less maintenance,” a Metro official said.

The new links all have aluminium-made third rails.

Officials said one reason for sparks being spotted frequently in the third rails are their age.

The Railway Board has turned down proposals to install automatic platform screen doors at Metro stations because of high cost and technical difficulties. The doors would have prevented suicides and kept platforms cooler by stopping the cool air generated by ACs from flowing into the tunnels.

The Metro authorities had sent three proposals, each of Rs 150 crore, in three fiscals but all were rejected.

A technical factor is also to be blamed for the rejection. “There are four manufacturers of Metro rakes, including a Chinese firm. So, the alignments of the trains are different and it would be difficult to have one screen door for all,” a railway ministry official said.