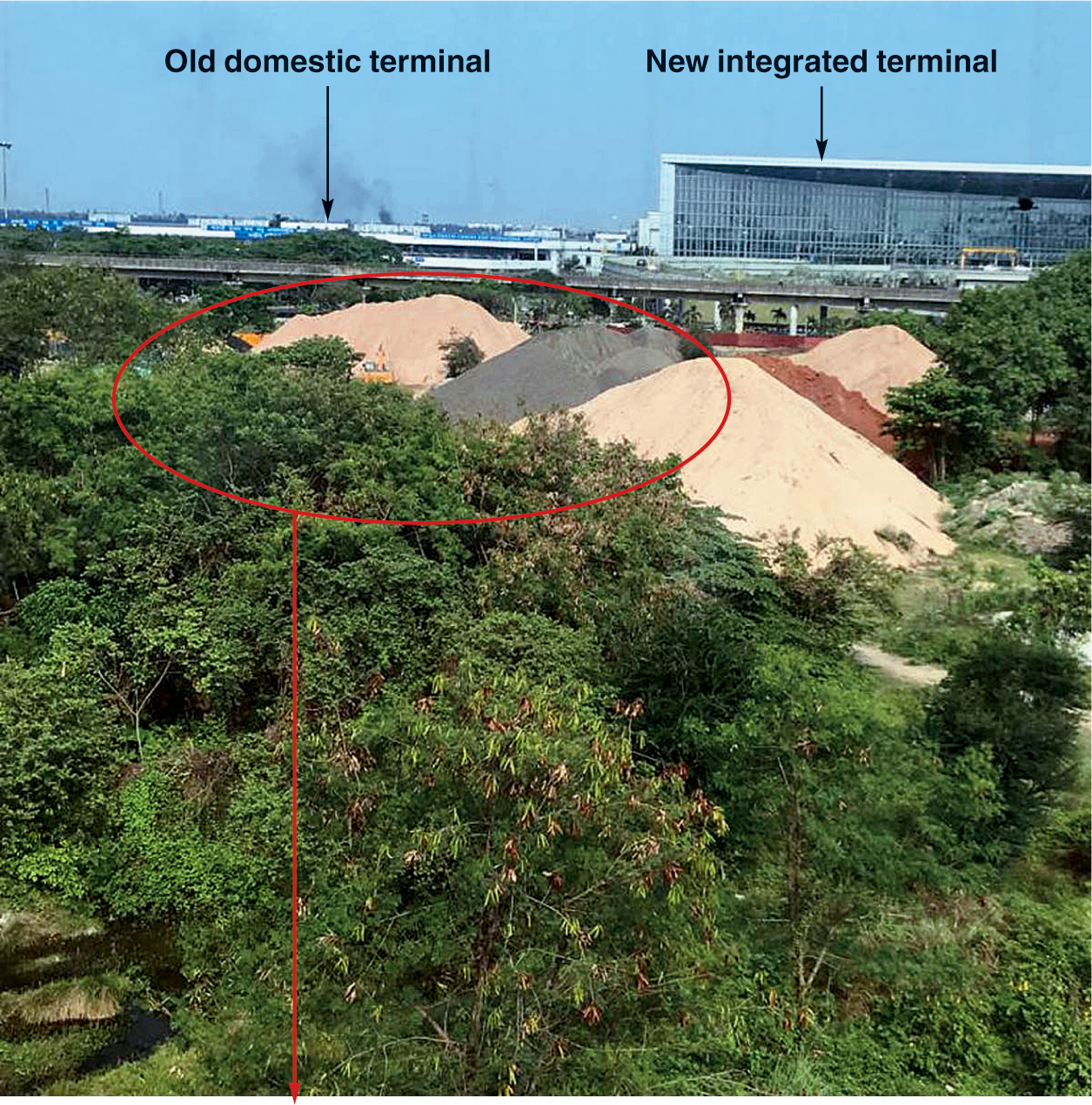 An underground Metro Railway station connected to three lines is being built on the airport premises, around 150m from the terminal.

“The location was finalised recently and construction has started. The station is expected to be ready in two-and-a- half years,” said airport director Kaushik Bhattacharya.

Metro sources said the contract had been awarded to ITD Cementation India.

Officials said the Rs 460-crore project would include five platforms, a concourse level and an underground railway yard, which would be Calcutta’s first.

The platforms will be at 12m below the ground and the concourse level at 6m.

“The station will be 150m from the terminal. There will be a corridor with walkalators for passengers to reach the terminal from the station. They will have to take an escalator or elevator to reach the arrival or the departure level.”

The airport authorities will build the entry to the terminal for the Metro passengers when work on a proposed expansion will start.

Counters for luggage check-in could be set up at the station and there might be a dedicated corridor for transporting the luggage to the boarding point.

A longer corridor would be built for passengers to reach Jessore Road. “There will be passenger entry/exit points on either side of the road near gate 2.5 of the airport,” an official said.

The proposed location of the Metro station changed a number of times.

“It was initially planned to be an elevated station, to come up near the Circular Railway line that is no longer in use. But the Airports Authority

“It was then decided that the station would be built underground. In the earlier plan, passengers would have to walk 500m to reach the terminal. The distance has come down to 150m.”

Along with the station there will be an underground yard with basic maintenance facilities and space for three to four trains.

“Two sets of tracks will be for the New Garia line, and one set for the Noapara and Barasat links each. A fifth set will be reserved for a train that can originate from the airport and travel on any of the three routes.”