Advertisement
Home / West-bengal / Matuas up the ante on citizenship rights

Matuas up the ante on citizenship rights

Hindu refugees from Bangladesh, they dominate the electorate in major parts of North 24-Parganas, Nadia and a few districts in north Bengal 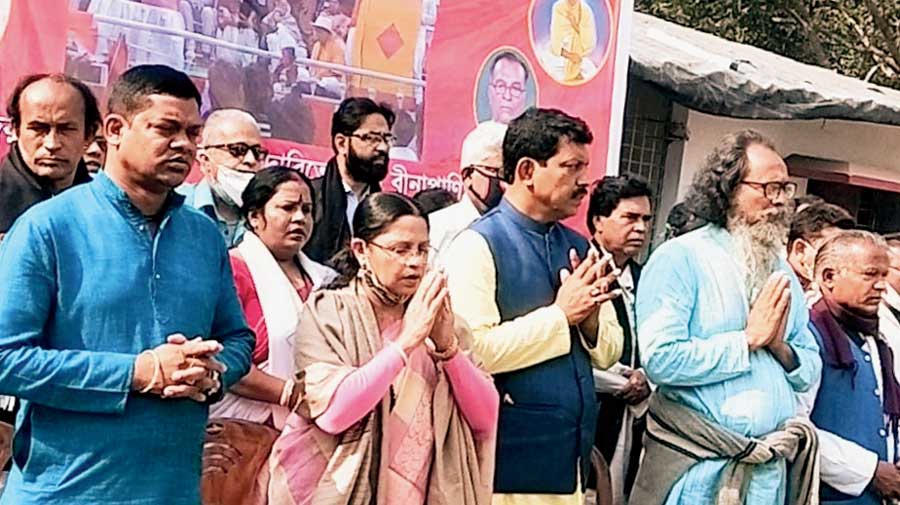 Mamatabala Thakur and other Matua leaders during the launch of the movement in Thakurnagar on Monday.
Chanchal Pal
Subhasish Chaudhuri, Arkamoy Datta Majumdar   |   Calcutta, Thakurnagar (North 24 Parganas)   |   Published 29.12.20, 01:16 AM

Former MP and president of the Trinamul-backed Sarbabharatiya Matua Mahasangha, Mamatabala Thakur, on Monday launched a movement at Thakurnagar in North 24-Parganas, demanding unconditional citizenship rights for the Matuas, categorically rejecting the Citizenship Amendment Act that they felt would rob them of the rights to stay in India.

Mamatabala’s movement comes in the backdrop of BJP MP and chief of the All India Matua Mahasangha, Santanu Thakur, voicing discontent over the Centre’s delay in implementing the CAA and his claim that rules under the new act did not go down well with the Matuas.

Matuas are a group of Hindu refugees from Bangladesh.