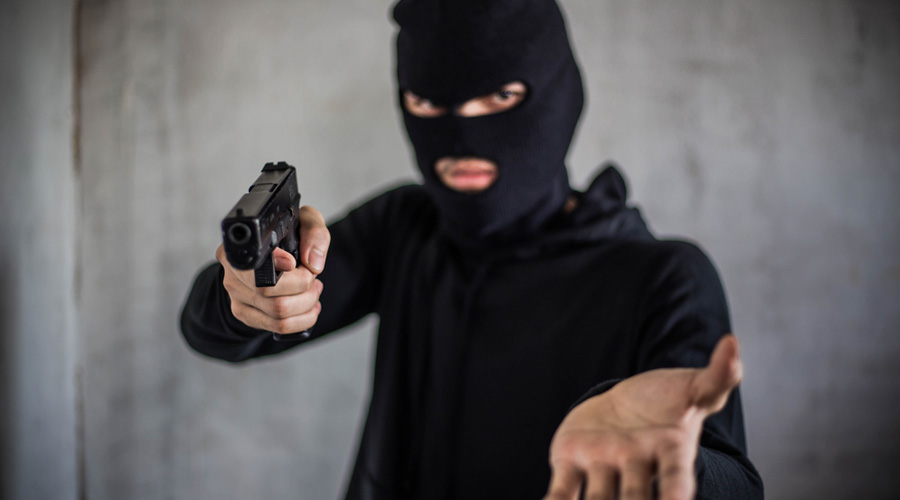 A gang of 11 masked criminals robbed an Axis Bank branch in Murshidabad’s Farakka on Wednesday afternoon, decamping with Rs 1.1 crore in cash — the entire contents of the vault.

A team of Farakka police, led by SDPO Asim Khan, chased the robbers based on real-time information from eyewitnesses. The cops nabbed three of the criminals near the Farakka-Jharkhand border less than an hour after the incident, which took place around 1pm the branch located in the bustling NTPC More marketplace. The team also managed to recover an undisclosed amount of stolen cash, but not the entire amount.

“Hunt for the absconding culprits is on. We have reason to believe they are still in Bengal,” said  Khan, explaining that the gang seemed to have strong ties to Jharkhand, given that the three arrested hailed from that state.

Police sources said that as per CCTV footage, the bike-borne gang rode in around 1pm and stormed the branch with pistols and cloth bags to carry the loot. Customers and employees were hustled into a holding room and locked in while the gang raided the vault and decamped with the cash. The entire incident lasted less than 20 minutes.

“They were rough and violent in getting the victims to move their positions. They beat and shoved me thinking I was an employee as I was seated near a counter,” he said.

“They seized all our mobile phones and pistol-whipped us into a room before locking us in. However, they left all the phones on the counter and did not steal them,” he added.

Branch manager Prasenjit Biswas declined to comment on the proceedings citing police investigations were on, but confirmed the amount of the loot.

“All I can say is it has left the branch in a state of upheaval. I am not authorised to comment any further,” Biswas said.

Police sources said prima facie the gang was planning to enter Jharkhand — the border is only 4km away from NTPC More — to make their escape. The police station is 1.5km from the bank branch.

“Our chase was successful in part because of the speedy tip-offs from eyewitnesses at the NTPC More market,” said a police source in Farakka.