Marathon veteran who has done Antarctica back for Route 55 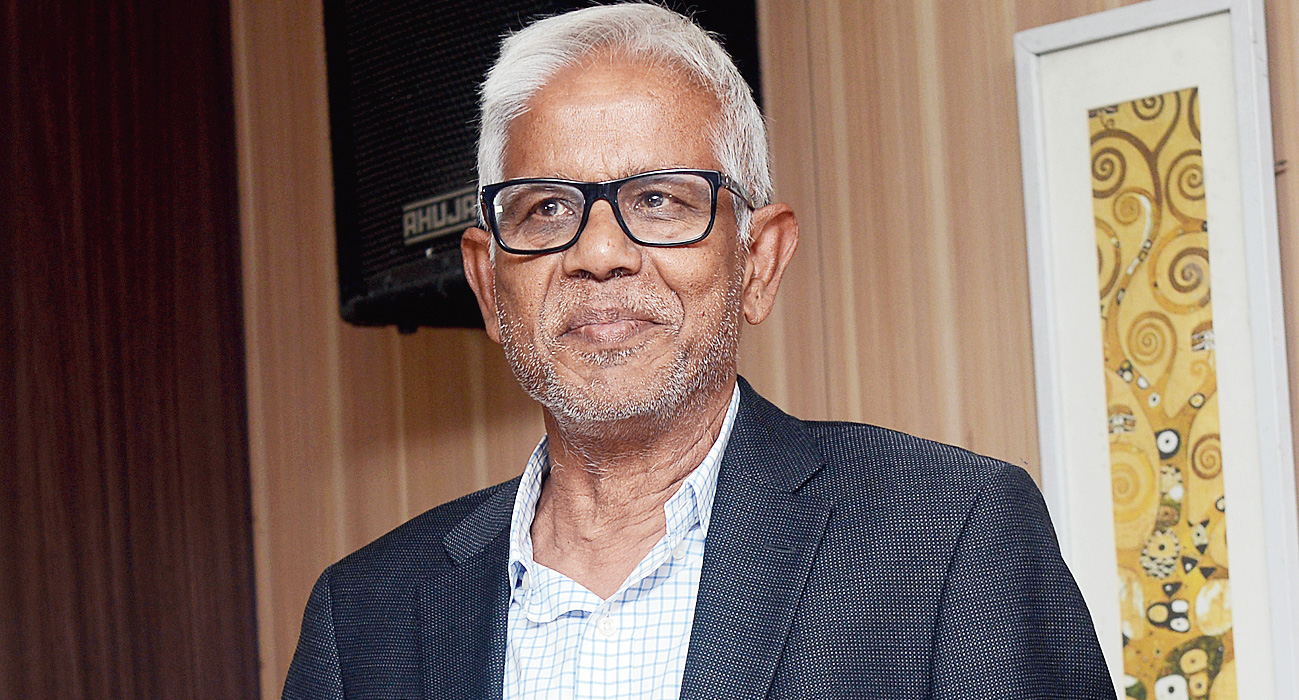 Nihar Ray has run marathons in all seven continents, the one in Antarctica culminating in the additional challenge of a dip in icy waters.

At 70, his eyes still light up at the opportunity of running a marathon, more so if it involves retracing his loping strides back to his alma mater in Calcutta.

Ray, who has lived in the US for four decades, is in the city to run the sixth edition of Route 55 on Sunday, a unique road race named after the bus route from Esplanade to the erstwhile Bengal Engineering and Science University (Besu).

The NRI engineer with roots in Chandernagore has run 45 marathons, of which he rates his experience of running in Antarctica as being the best by a long shot. “The setting is serene and so different from the maddening activity of other famous races. The conditions are also incomparably tougher,” Ray said.

Ray was 60 when he ran in Antarctica on March 5, 2008. He remembers being reduced to tears by the time he finished the race. “During the last few kilometres of the race, ‘freezing rain’ hit us in the form of ice pellets,” he recounted.

When he finally completed the route in six hours and 25 minutes, Ray was soaking wet and physically miserable. “I remember starting to cry and asking myself why I had to take this on.… I was shivering uncontrollably from the extreme cold,” he said.

Besides the sheer intimidation of running through undulating icy terrain, including glaciers, what Ray recalls of that race was how hard it was on his knees. “On the course, there was no crowd lining the streets and egging you on. The number of participants was only 108. It was basically me and a vast expanse of ice. I took in the scenic beauty around me, but also made sure I did not miss any signage. To be lost in a place like that would not be a good idea,” Ray said.

The ice dive happened on an island two days after the race. In hindsight, Ray believes he should not have taken up that challenge. “The wind chill made the water feel even colder than it was and I thought I would collapse,” Ray said.

The reward of completing the task was a certificate besides the one he had already earned for completing the marathon. “If there is a challenge, I would generally accept it. But I have been regretting this one since,” Ray said of the risk he took.

After running in Sweden, the US, Singapore, Brazil, Egypt, Australia and Antarctica to complete his target of marathons in all seven conditions, Ray would have few personal goals left.

But the 10km Route 55 event is a special one for him because of the Besu connection and the cause it supports. Ray graduated in mechanical engineering from the Shibpur campus, now called IIEST, in the 1970s.

Proceeds from Route 55 will go to Sramajibi Hospital in Belur, which provides health care at a nominal cost.