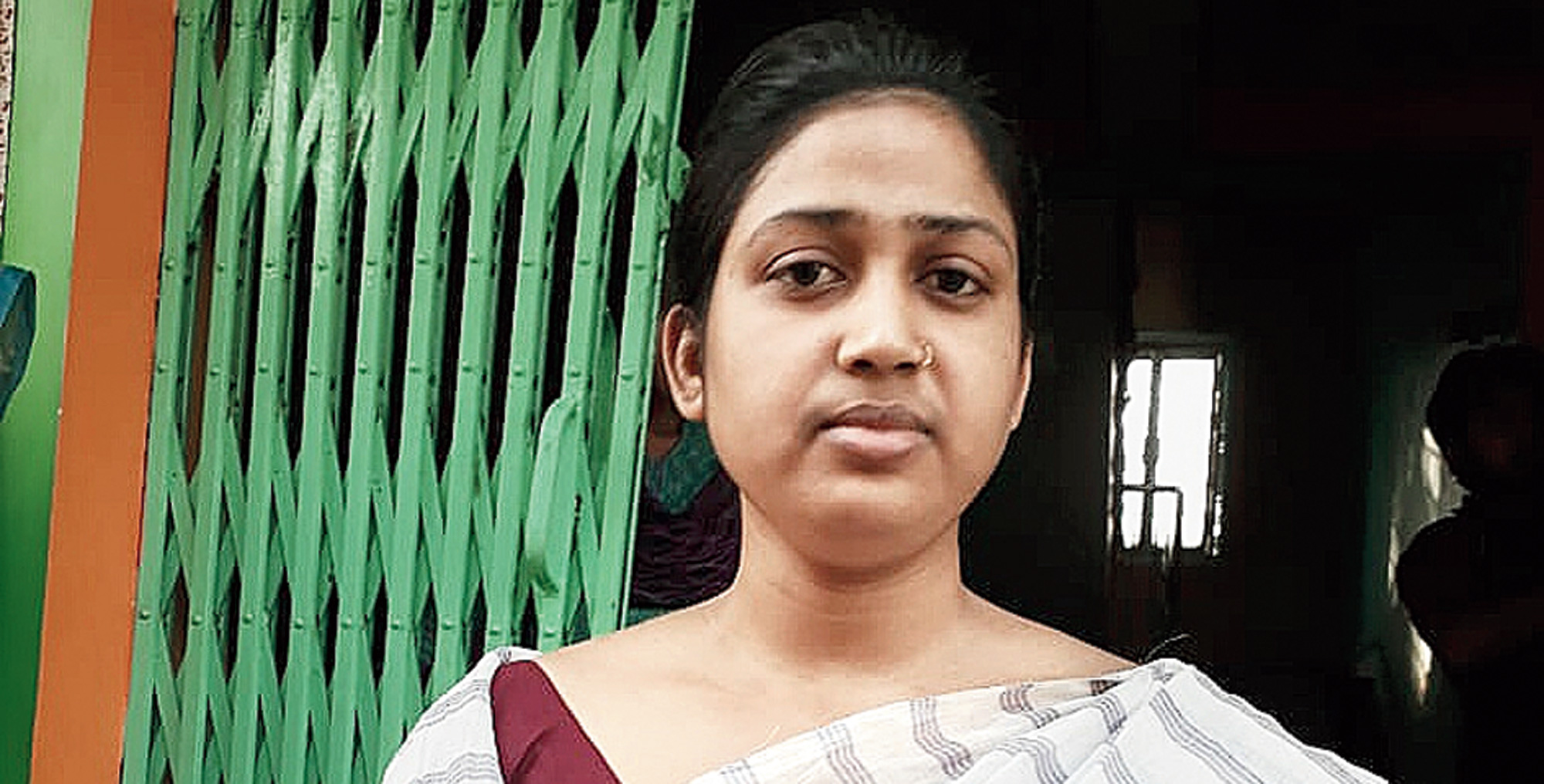 Rupali Biswas, widow of slain Trinamul MLA Satyajit Biswas, was surprised when a senior party leader from the district asked for her biodata a few days ago.

On Tuesday Rupali, whose husband was shot dead on February 9, saw on TV Mamata Banerjee announcing her name as the party’s Lok Sabha candidate for Ranaghat. A family member said Rupali, 25, “broke down” after hearing the news. Satyajit was the MLA from Nadia’s Krishnaganj, which falls under the Ranaghat Lok Sabha seat.

“I had no idea the party was considering me as a candidate. I am yet to get over the tragedy that struck me last month. I am indebted to Mamata Banerjee for the love and respect they have shown to my husband,” Rupali, who has a toddler son, said.