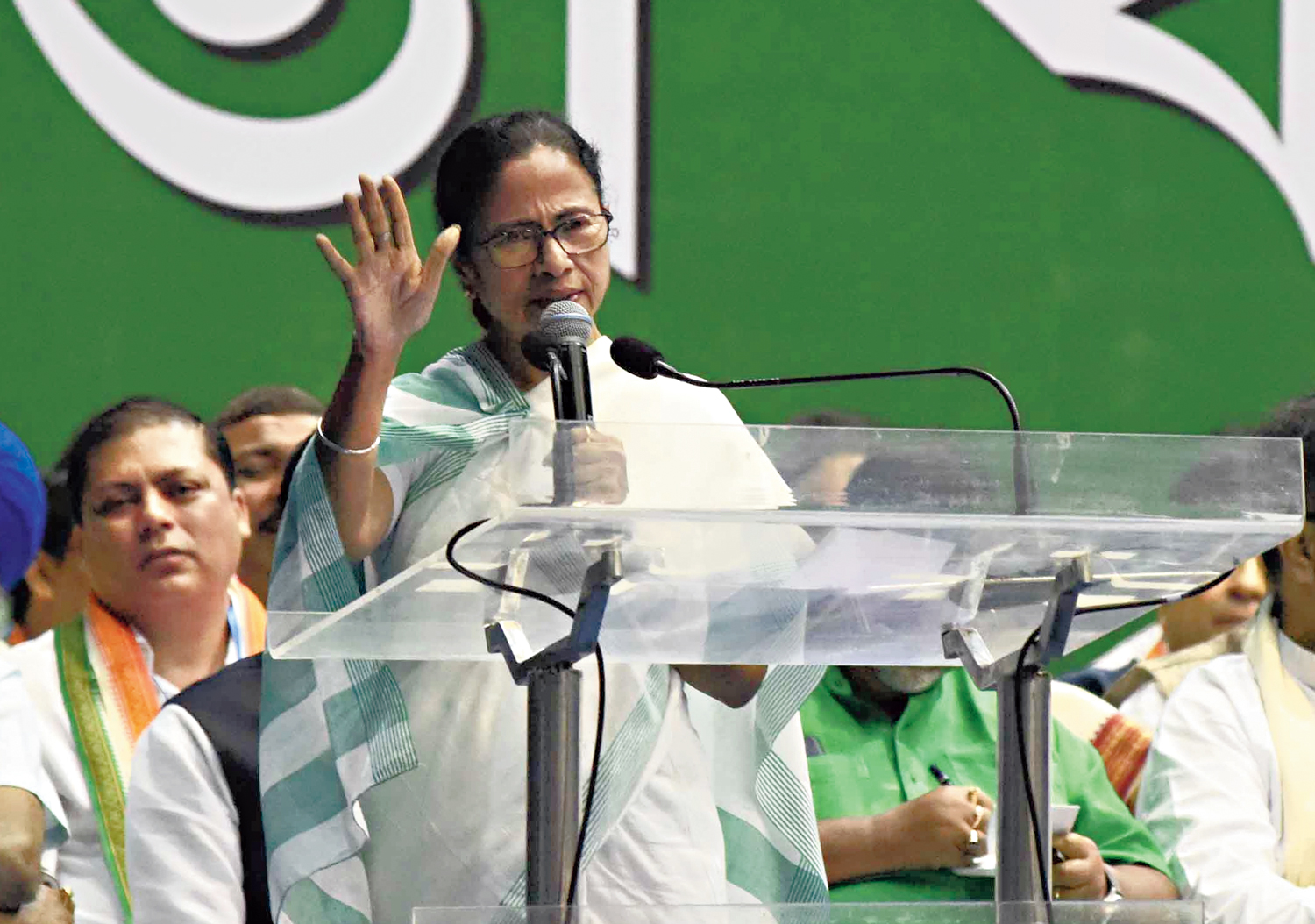 Mamata Banerjee on Friday announced a “purification” drive by the Trinamul Congress along the trails of the BJP’s proposed 40-day Bengal Rath Yatra, which she called a “Ravan Yatra” to highlight its alleged divisive agenda.

The Bengal chief minister declared that the January 19 Brigade Parade Grounds rally she is planning to showcase pan-India Opposition unity in the run-up to the Lok Sabha polls would be a “turning point” for India.

Explaining the “purification drive”, Mamata said her party would conduct counter-rallies, meetings and processions at every place the BJP’s chariots would pass through from early next month, in order to “cleanse” these areas of the alleged seeds of conflict and disharmony the Rath Yatra would sow.

“There will be a purification, peace and unity yatra to cleanse the areas through which their chariots of war will pass. Theirs is a Ravan Yatra replete with luxuries. Ravan brings with him negative energy,” the Trinamul chief said at an extended core committee meeting of her party at Netaji Indoor Stadium.

The BJP plans to cover all 42 Lok Sabha constituencies in Bengal with the proposed chariot marches, to be inaugurated by national president Amit Shah.

The Rath Yatra, in which BJP chief ministers and senior leaders are expected to participate, would culminate in a Brigade Parade Grounds rally to be addressed by Prime Minister Narendra Modi.

“Our yatra is a journey of bonding with people’s minds. We will be on the roads with the people…. Do not cross their (the BJP yatra’s) path or get embroiled in any argument. The administration will do its job,” Mamata said.

She announced measures to prepare for her January 19 rally, where she plans to call for the ouster of the BJP from the Centre.

Mamata said “all but two or three” parties had already confirmed participation.

“This will be a turning point for India,” she said, promising participation from Chhattisgarh, Rajasthan, Jharkhand, Bihar, Assam, Tripura, Manipur, Arunachal Pradesh and Odisha.

Mamata highlighted the presence of Trinamul’s organisation in several states and promised to start contesting elections in the near future.

At an extended core committee meeting of her party on Friday, Mamata rolled out a list of dos and don’ts for those in Trinamul