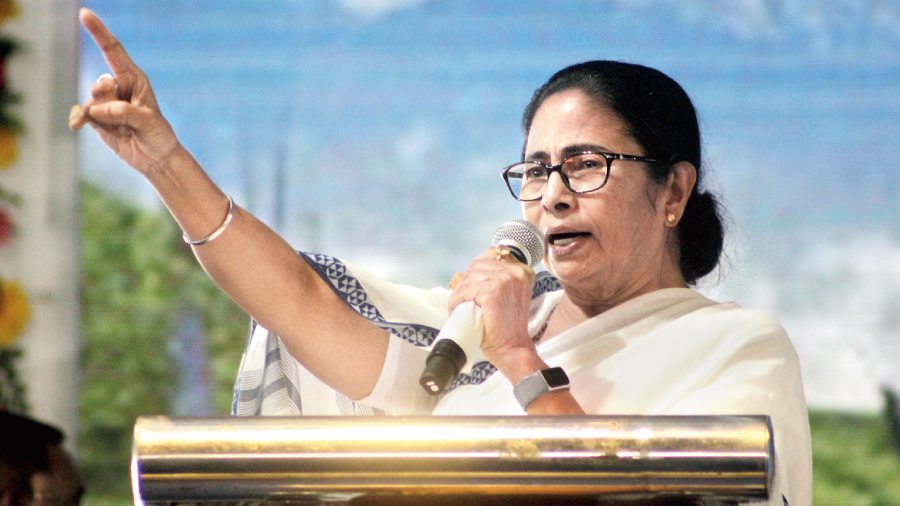 Chief minister Mamata Banerjee is likely to attend Prime Minister’s preparatory meeting on December 5 in Delhi for next year’s G20 summit to be hosted by India.

The meeting is being considered significant in political and administrative circles as sources said Nabanna had sought an appointment from the PMO for a one-on-one meeting between Mamata and Prime Minister Narendra Modi.

Sources said the Prime Minister wanted all the states to participate actively during next year’s G20 summit to make the event successful.  This is the reason why chief ministers of all the states have been invited to the preparatory meeting.

The meeting holds significance as Mamata might get a chance to talk to the Prime Minister on the state’s dues from the Centre.

“The state is yet to get funds under several schemes. Though the Centre has released a portion of PMGSY (Pradhan Mantri Gram Sadak Yojana) funds, it is yet to get funds under the PMAY (Pradhan Mantri Awas Yojana) and the 100-day job scheme. The chief minister might request the Prime Minister to look into the issue, if she gets a chance” said a source.

According to sources, even if the chief minister does not get an appointment for a oneon-one meeting, she can talk to Modi on the sidelines of the meeting.

“This is why the chief minister’s presence in the meeting is important.... Earlier, the chief minister had met the Prime Minister and requested him to ensure that the state gets funds under the schemes but nothing was done. This time, a meeting could be fruitful as the state has sent all compliance reports that the Centre had asked for,” said a source.

Sources said Mamata had already sent officials and her panchayat ministers to Delhi urging the Centre to release funds for rural development projects.

“But only about Rs 343 crore was released by the Centre under the PMGSY scheme. Funds under the projects that are more important for the rural populace — the PMAY and the MGNREGA — are yet to be released,” said an official.

In August this year, the chief minister met the Prime Minister and also demanded Rs 1 lakh crore, which was claimed to be the state’s due under various heads.

“This time, it appears that the chief minister’s focus will be to unlock rural development funds as people are suffering. She received complaints from people during visits to districts that they were not getting work since the Centre stopped MGNREGA funds in April this year,” said a source.

Mamata is likely to tell Modi that Bengal’s rural poor were in trouble without dwelling units under the PMAY.

More than 50 lakh beneficiaries are set to get homes in the next five years, but the funds for it for this financial year have not yet been released.