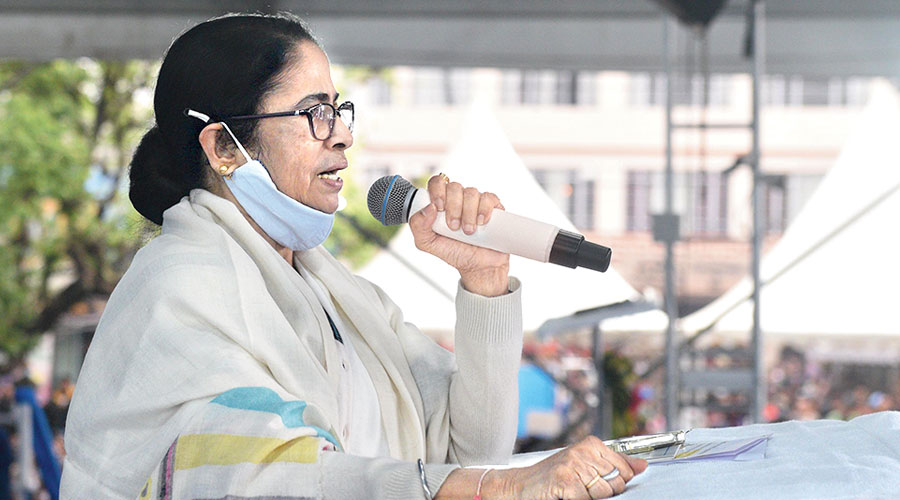 The two migrant workers of Malda who were injured by bullets in a suspected terrorist attack at Budgam district in Kashmir on April 23 returned home on Wednesday.

Anikul Islam, 27, and Najimul Haque, 22, who hail from different villages under Chanchal police station of Malda, arrived from Calcutta by train. They had been flown to Calcutta from Srinagar on Tuesday evening.

On Wednesday, chief minister Mamata Banerjee, at the meeting in Nabanna, referred to the duo.

“We always stand by the people of our state. Those who had got injured in Kashmir have been brought back. If their families need any immediate help, we will extend all possible assistance to them,” she said, and instructed the Rajarshi Mitra, the district magistrate of Malda, to ensure the duo received free treatment.

The injured duo were admitted to the Malda Medical College and Hospital (MMCH)  trauma care unit.

Both worked in an apple orchard in Budgam and were shot at while strolling outside the building where they stayed with other migrants.

They were admitted to a hospital in Srinagar but their worried family members in Malda demanded they be brought back home for treatment.

The state government made arrangements to do so.

Doctors at the MMCH said the duo needed prolonged treatment. “Both have sustained bullet injuries. We are arranging the best treatment for them,” said a senior doctor at the hospital.