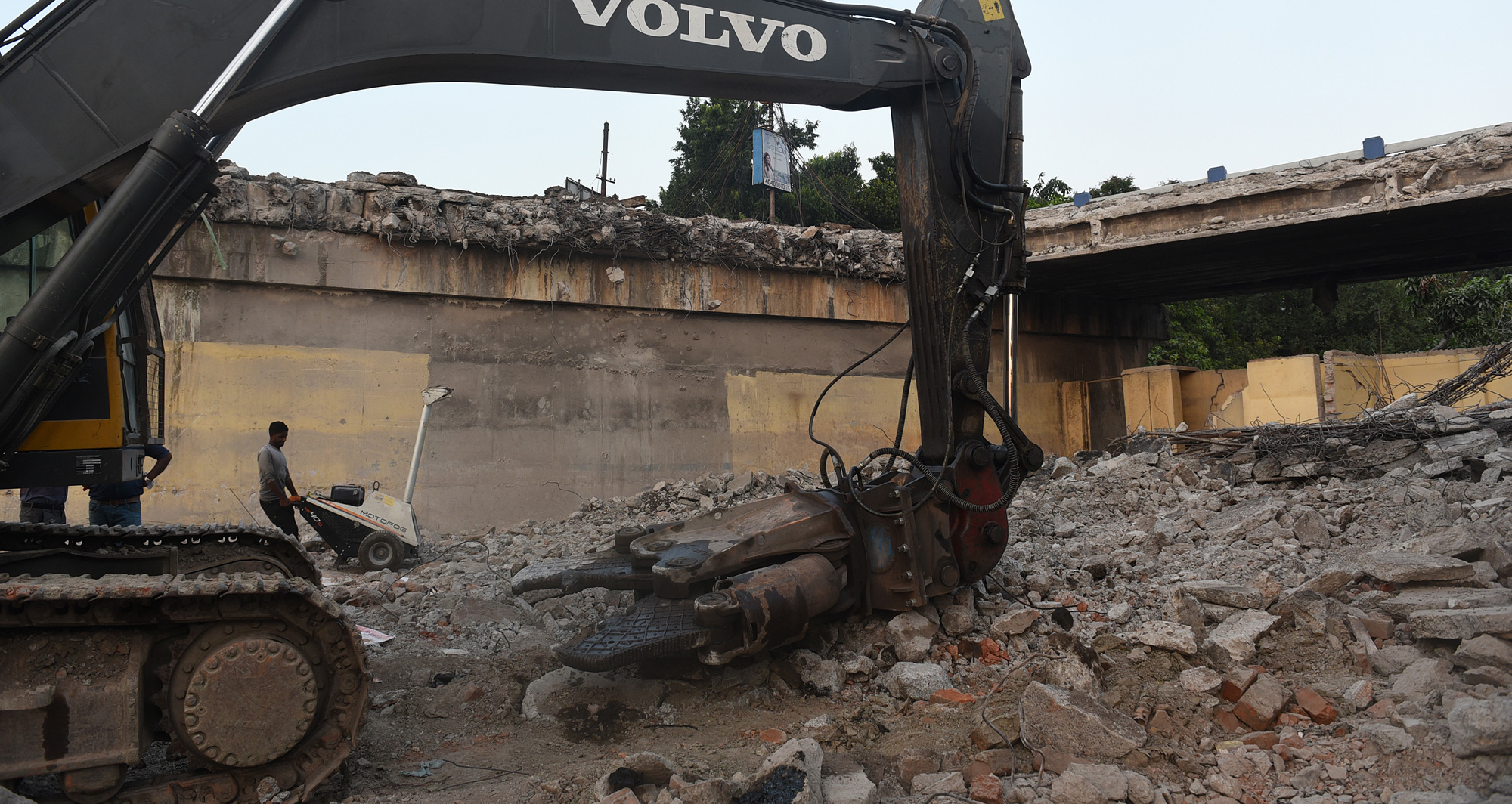 Multiple engineering and other challenges stand in the way of executing the plan to replace the fallen Majerhat bridge with a new one, the long list including red tape in getting statutory clearances and technical hurdles such as lack of space to set up construction backrooms and align the approach roads with a higher elevation than before.

Several infrastructure companies that were expected to show interest in the project have either abstained from bidding or withdrawn in the face of these challenges. Most of them have said that the nine-month timeframe set by the government is unfeasible with so many pitfalls to avoid.

The public works department had advertised the contract to build a four-lane bridge in Majerhat through a tender notice published on October 5. The estimated cost mentioned in the notice is Rs 137 crore and the timeframe is nine months.

State government officials said any change in the budget wouldn’t be a problem. But prospective contractors seem wary of jumping into a project with a deadline as close as nine months away.

“It will be next to impossible to meet the nine-month deadline given the engineering and logistical challenges,” said an official of an infrastructure company involved in several ongoing projects in and around Calcutta.

A no-objection certificate must be obtained from the commissioner of railway safety for construction to be commissioned. This is because rail tracks of the Sealdah-Budge Budge section run under the bridge.

The Joka-Esplanade Metro route running alongside the bridge is apparently another challenge. Metro had last week highlighted the impasse over the PWD asking Metro Railway to limit construction till the pillars for now because the entry and exits of the proposed Majerhat station might “infringe” on the new bridge.

An engineer of an infrastructure company said there was hardly any space at the site to set up construction facilities, including a batching plant to mix concrete. “The approach to the construction site is a congested one and bringing concrete from a batching plant at another location would be difficult.”

The shortage of space on either side of the proposed bridge is also a safety hazard. “If safety norms are to be followed, we need more space on both sides. There should be enough space to at least take cranes near the bridge in the event of any accident,” the engineer said.

The two options available to the government are a “cable-stayed” bridge or a “bow-stringed” one. The one that collapsed was “pre-stressed”.

According to a PWD engineer, the government is more inclined towards a cable-stayed structure like Vidyasagar Setu that stands on fewer pillars than a regular bridge and is aesthetically more appealing.

“But since quality tests on cables used in such a structure are usually done in Europe, time will be a factor. There are also other issues that cannot be resolved overnight,” he said.

The government wants the clearance from the rail tracks to be 6.5 metres instead of the original 5 metres. This would make the slope on the new bridge steeper and harder to align with the junction of New Alipore on one side and the approach to the Taratala flyover on the other, engineers said.