Advertisement
Home / West-bengal / Love to eat in trains? Board a restaurant

Love to eat in trains? Board a restaurant

Discarded coach to become an eatery in new Jalpaiguri 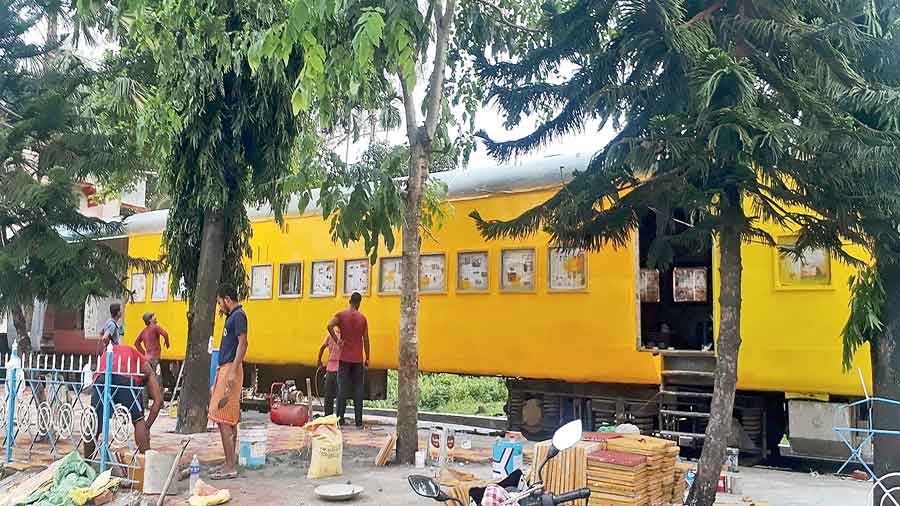 Workers refurbish a railway coach where the restaurant will be opened at New Jalpaiguri station.
Passang Yolmo
Binita Paul   |   Siliguri   |   Published 26.09.22, 01:24 AM

For people who enjoy the feeling of having a meal in trains, here’s good news.

The Northeast Frontier Railway (NFR) has taken an initiative to turn old train coaches into restaurants. One such restaurant, built in a coach  discarded by the railways, is coming up in New Jalpaiguri, the largest station of north Bengal and the second major station of northeast India.

According to railway sources, in 2020, the Union railway ministry planned to make such restaurants in stations by using the abandoned coaches. In February 2020, the first such facility opened at Asansol station.

“In the NFR zone, a restaurant has opened in Katihar station and another is almost ready in NJP. In all, 15 such restaurants (in railway coaches) will come up in different stations of the zone,” said a railway official.

He said that the restaurant in NJP would draw tourists and residents as they can enjoy delectable food items in an ambience of a railway coach. To give a feel of the great outdoors, the insides of the coach will have  pictures of north Bengal’s landscape, including the mighty mountains, the pristine forests and rivers.“The restaurant will also offer takeaway facilities. It will remain open for 24 hours and will serve vegetarian  and non-vegetarian foods.

The facility will be run by a private party whom the railways will hand over the coach  parked in a prominent area of the station,” the official added.   As of now, such restaurants are operational in stations like the Chhatrapati Shivaji Terminal in Mumbai and in other cities like Bhopal and Jabalpur.