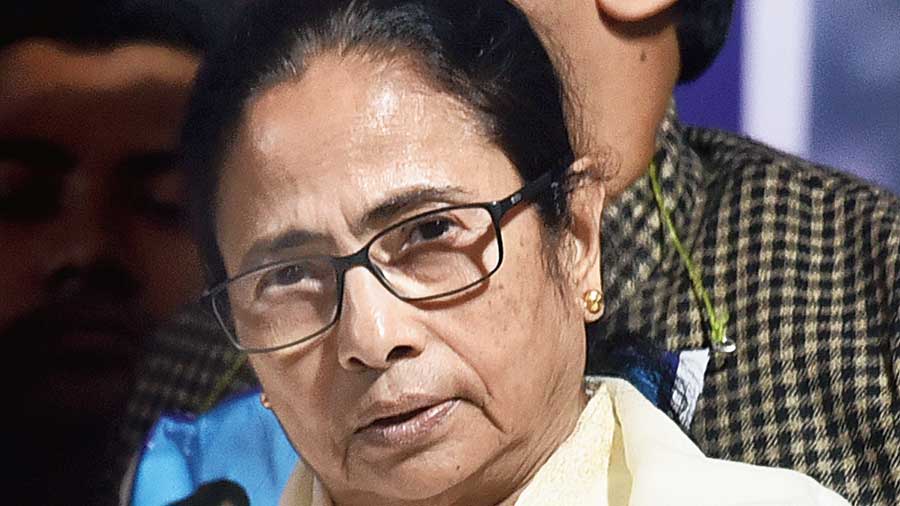 The letters were posted on Twitter apparently in response to Tuesday’s attacks from governor Jagdeep Dhankhar on the microblogging site, alleging Mamata had denied Bengal’s farmers the benefits of the Centre’s farm scheme.

Dhankhar accused Mamata of shedding “crocodile tears” for farmers while denying them the benefit of PM Krishi Samman Nidhi.

The tussle came in the wake of Trinamul’s opposition to the passage of the recent farm bills in Parliament.

Mamata’s letters to Union agriculture minister Narendra Tomar and his health counterpart Harsh Vardhan were posted on Twitter by the state government.

In the letters, Mamata clarified that the Bengal government had similar schemes, but it was open to PM Krishi Samman Nidhi and Ayushman Bharat additionally, provided the Centre was willing to fully fund them and route the disbursement through the state.

In her letter to Tomar, Mamata raised concerns over the repeated questions on her government not implementing the PM Krishi Samman Nidhi scheme, underscoring Bengal’s Krishak Bandhu scheme that give financial aid to farmers, including sharecroppers. She said her government would be “happy to provide the benefits to the farmers under the PM Kisan Samman Nidhi Scheme, and in that case, the central government may transfer the requisite fund directly to the state...”

In the letter to Harsh Vardhan, Mamata stated that much before the launch of Ayushman Bharat, her government had introduced cent per cent free treatment, medicines and diagnostics for everyone in all government hospitals and launched the Swasthya Sathi scheme, that gives free treatment, medicine and diagnostics to beneficiaries in private healthcare facilities for up to Rs 5 lakh annually.

After the letters were made public, Dhankhar held a news meet in the evening, intensifying his attack on the chief minister.

Earlier in the day, Trinamul and the Left appeared keen not to miss the opportunities presented by the farm bills and the renewed focus of farmers’ rights. Protests across the state were organised to match the intensity of the ongoing drama in Parliament. The BJP’s state leadership responded to the developments with bitter criticism.

Trinamul's women’s wing conducted a sit-in demonstration before the Gandhi statue on Mayo Road. The party’s students’ wing will hold an event on Wednesday and the farmers’ wing on Thursday.

The CPM organised two rallies in Calcutta, one of which Left Front chairman Biman Bose led from Mahajati Sadan to Shyambazar, and many more in the districts, against the Centre’s “anti-people” policies.