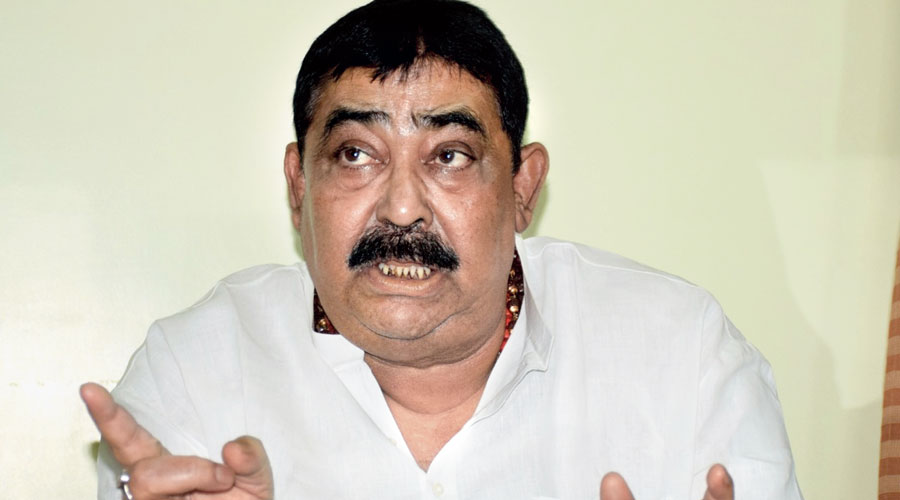 A letter bearing the purported signature of Birbhum Trinamul chief Anubrata Mondal suggests that he had appointed Anarul Hossain as a member of a committee to steer the party’s campaign for local civic polls in February.

Anubrata has distanced himself from Anarul, arrested in connection with the March 21 Bogtui carnage, and said he had tried to remove the latter from the post of the chief of the party unit in Rampurhat block-I but was prevented from doing so by his Trinamul colleague and deputy Speaker Asish Banerjee.

Within 24 hours of Anubrata seeking to dissociate himself from Anarul, a section of Trinamul leaders claimed that Anarul had played a key role in the Rampurhat municipal elections with the blessings of the Birbhum party chief.

“A letter in which Asishda wanted Anarul’s continuation as the block Trinamul president till the panchayat polls (in 2023) surfaced yesterday.… Today, another document has appeared in which Keshtoda (as Mondal is referred to locally) nominated Anarul as a member of the election committee (for the civic polls),” a Trinamul source said.

“It is clear that the Anarul episode has bared the internal differences of the party.… Each faction is trying to hold the other group responsible for the rise of Anarul,” the source added.

The purported letter with Anubrata’s signature, which was allegedly leaked to the media on Friday, has Anarul at the top of a 10-member committee with Asish Banerjee as its convener. The panel was meant to overseeing the elections to the Rampurhat municipality.

After the document surfaced, some Trinamul leaders questioned the veracity of Mondal's claim as he had said as late as on Thursday that he wanted to remove Anarul as the president of Rampurhat I block but desisted from doing so because of a request from Banerjee.

Banerjee, who is also the Trinamul MLA of Rampurhat, had apparently written to Mondal on June 10 last year, requesting that Anarul be allowed to continue in the post till panchayat polls got over in 2023 and the purported letter reached the media on Thursday morning.

“Keshto-da (Mondal) claimed he wanted to remove Anarul Hossain in June last year. Then how did Anarul become so trustworthy as to lead the municipality elections?” asked a leader.

“He (Mondal) tried to distance himself from Anarul... As a district president, how can he pass the buck on others?” the leader wondered.

Many other Trinamul leaders said the leak of the two back-to-back internal documents of the party will add to the discomfort for the leaders in Birbhum district.

“When our district president is trying to put the blame on Asish Banerjee, another document establishes that he was in the good book of the top district leader,” said a leader from Rampurhat.

Sources said according to Trinamul’s party structure, the block presidents look after rural areas and town presidents take care of the urban pockets.

“If Anarul was discredited, why did the district president keep him in the committee for civic polls?” asked a leader.

Trinamul sources in Rampurhat town confirmed that Anarul played a key role in the civic polls in February this year and had taken responsibility for at least three wards out of 18. Party insiders said that though the leaders were trying to distance themselves from Anarul, doing so will be easier said than done.

“Anarul was very much part of the party and all the leaders knew what he was doing,” said a source.