Lessons in German way of life for Calcutta students

When in Germany, do as the Germans do, audience at interaction advised 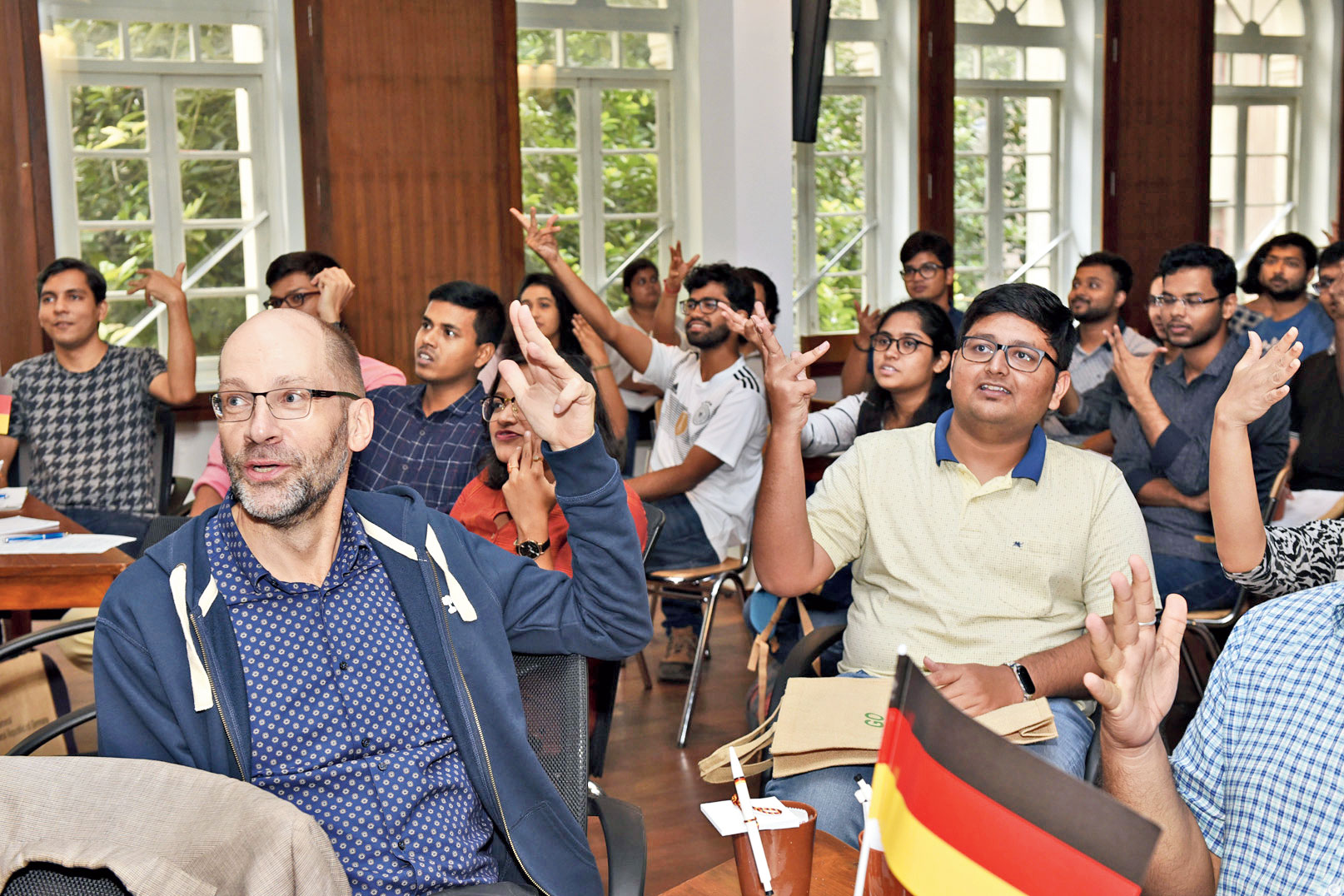 Students planning to head for Germany for higher studies got lessons in etiquette and social practices on Tuesday.

Over a 100 students attended the Information and Networking Session hosted by the German consulate at Goethe-Institut and learnt how people in Germany like their meals, about their love for the sun, being sticklers for punctuality and communicating directly instead of beating around the bush.

A majority of students go to Germany for postgraduate programmes and research; science and engineering being the preferred choices. There has been a 20 to 25 per cent increase in students from India going to Germany over the past six or seven years, according to the consulate.

The audience at Goethe-Institut were told to go to concerts, visit museums and exhibition galleries, try out local food and travel to one of the nine neighbouring nations during the weekend and not just study. 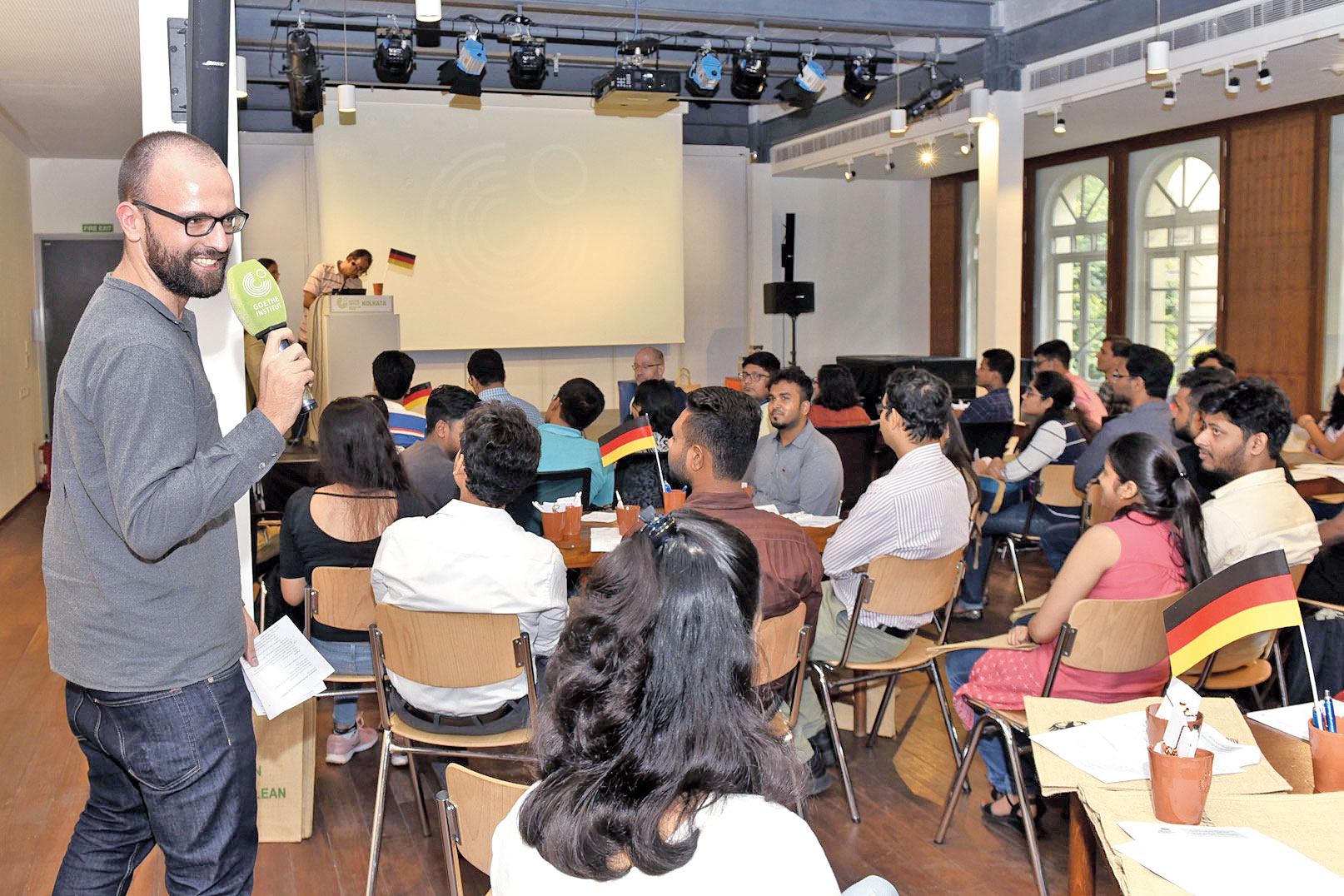 Jonas Wachinger, a German student interning with the German consulate in Calcutta, with students at Tuesday’s session at Goethe-Institut.
Picture by Sanat Kr Sinha

“Since many of them have not been abroad before and it is their first encounter with a different culture, language and way of mind they should make the most of it…. They should also leave their bubbles. Often it happens they stick to other Indians or expats…. Many foreign students have found friends and then it becomes more interesting because then you discover aspects of life which you otherwise would not have encountered before- starting from food, family life, sports, leisure, explore the country and neighbouring countries,” said Michael Feiner, the German consul general in Calcutta.

The session also included an introduction to a few words and numbers as spoken in the German language.

Feiner said a little bit of knowledge could go a long way. “In any country, it helps to know the local language because you can communicate with people. Initial knowledge of the language helps because local people know you are making an effort and that you are interested in their culture and in them,” he said. “Many of these students stay on for work experience for a couple of years longer. They go to companies and then of course it helps if you can communicate with the workforce. I think it’s an investment that pays off.”

Mainak Manna, who is going to The Technical University of Munich (TUM) in September for masters in informatics, chose Germany because the course would help him both with research and industrial collaboration.

“If I compared it to engineering institutes in India the course in TUM will give me an option to work closely with the industry and also do research. Besides Germany is less expensive compared to other countries like the US,” said the 25-year-old student who did his BTech in computer science three years ago.

The two-hour session also included an interaction with German student Jonas Wachinger, on an internship with the German consulate in Calcutta, quizzing students on German culture and food.

Wachinger asked what is Armer Ritter (poor knight), adding a hint that it is popular in Indian kitchens as well. The answer was French toast (toast soaked in egg and milk and then fried).