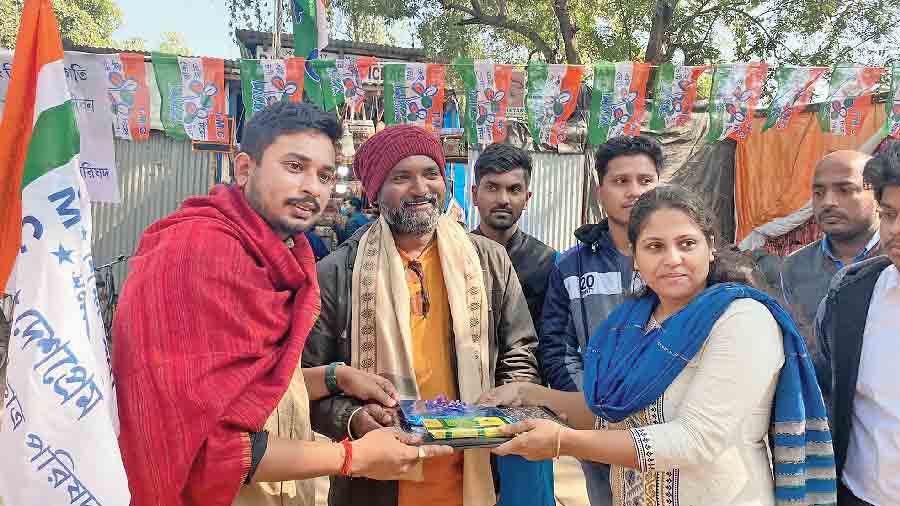 The organisers also gave painting kits to 30 tribal students of a drawing school that Anoop runs for free at Vidyadharpur, a tribal hamlet near Santiniketan. TMCP president of the Visva-Bharati unit, Minakshi Bhattacharya, said they felicitated Anoop “as he is carrying forward the legacy of Santiniketan and Rabindranath Tagore”.
Anoop said he was “overwhelmed by the felicitation”.

In a separate incident, the principal of Hetampur Krishna Chandra College in Dubrajpur, Goutam Chatterjee, was confined for over four hours by TMCP members on
Saturday.

Chatterjee said he told students that covering the entire campus with flags were visual pollution. Chatterjee was released from his chamber at 3.30pm.