Kin of martyrs feel let down by Darjeeling parties 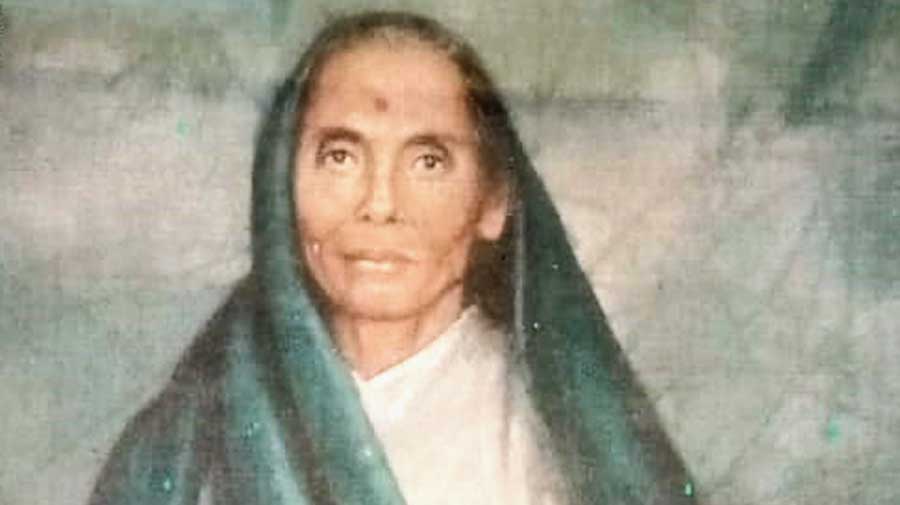 Gorkhaland invariably becomes the major plank of all elections in the Darjeeling hills, but family members of Gangamaya Biswakarma, who lost her life during the statehood agitation in 1986, maintain that “martyrs’ families” are in most deplorable conditions and they have no faith in the present political leaders and their slogan.

Gangamaya was 56 when she was killed in a police firing in 1986. She was apparently charging at the paramilitary forces with a sickle in the hand at Thana Dara in Kalimpong when the shots were fired.

In recognition of Gangamaya’s contribution to the statehood agitation, Gangamaya Park was built in Darjeeling in 1996 by then chairman of the Darjeeling Gorkha Hill Council (DGHC). The park is now a popular tourist point in Darjeeling.

On July 27, 1986, Gangamaya, his son Daljit, who was 24 then and daughter Shila, then 29 years, were part of a procession that was on their way to Kalimpong Mela Ground to burn the copies of 1950 Indo-Nepal friendship treaty following a call given by Ghisingh who was spearheading the Gorkhaland demand.

Thirteen people were killed in Kalimpong on July 27, which is now marked as Martyr’s Day by all hill parties. A bullet missed Daljit by a whisker. Another Gorkhaland supporter Chunnu Limbu, who was injured that day, died a few weeks later.

“Today, the martyr’s family members, those who were jailed in Berhampur jail, those who faced the brunt of the agitation are in the most deplorable condition,” Daljit said on Wednesday.

After Ghisingh accepted the DGHC in 1988, Daljit was called to Bhanu Bhavan on June 19, 1989, and handed over “Rs 8000.” “Subash Ghisingh sahib then said the amount might seem less but parsad (holy offering) is also less. He also said the DGHC would soon get its own budget hinting that we would get something more,” said Daljit.

The martyrs’ families received nothing more. “All I got was a grade-D contractual job in 1993 through the efforts of C.K. Pradhan (then GNLF leader from Kalimpong,” said Daljit who is still fighting to get his job regularised.

Ironically, Daljit was posted at the Sahid Bedi or martyrs column in Kalimpong.

When Bimal Gurung renewed the Gorkhaland agitation in 2007, Daljit said, he, too, had hit the streets, once again.

“Martyrs' dream is still unfulfilled because leaders are not united. When the agitation reaches its height, it is brought down. Leaders don’t seem to be sincere,” said Daljit adding that he was now busy with his job to be involved in politics.

Does his family believe in the present hill leadership and their Gorkhaland slogan? “No,” says Daljit.

“There is nothing for us to be happy. If all intellectuals and politicians were united, it would have been good. When one thinks of the present situation, one feels bad,” he said.

The Telegraph spoke to Daljit on Wednesday following an announcement by the Bharatiya Gorkha Ambedkar Yuva Sena to confer Gorkha Ambedkar Award on Gangamaya, Anit Gazmer and Bhupen Mothey (three people from the Schedule Caste community who lost their lives in the 1986 agitation) and Bimal Shashankar and Suraj Bhusal (who died in the 2017 agitation) in Darjeeling on March 14.

Also, the youth wing of the Gorkha Janmukti Morcha’s Bimal Gurung faction said it would campaign in the coming Assembly elections on the Gorkhaland issue.

The Binay Tamang camp of the Morcha had already said it wouldn’t seek votes in the Assembly polls on the statehood plank.

Daljit, however, seems disenchanted with the political system in the hills. “None has been sincere (on the issue). My mother made the supreme sacrifice.”

Daljit comes from a farmer’s family at Sindabong in Kalimpong. “That day, three of us from the family decided to take part in the procession. Little did we know about the turn of events,” he said.

“That day, she did mobilise some supporters. We were at the forefront of the procession. Once the firing started, we all dispersed,” he said.