BRIEFS: The pool car plunged in a water body in Delhi road on 14th February 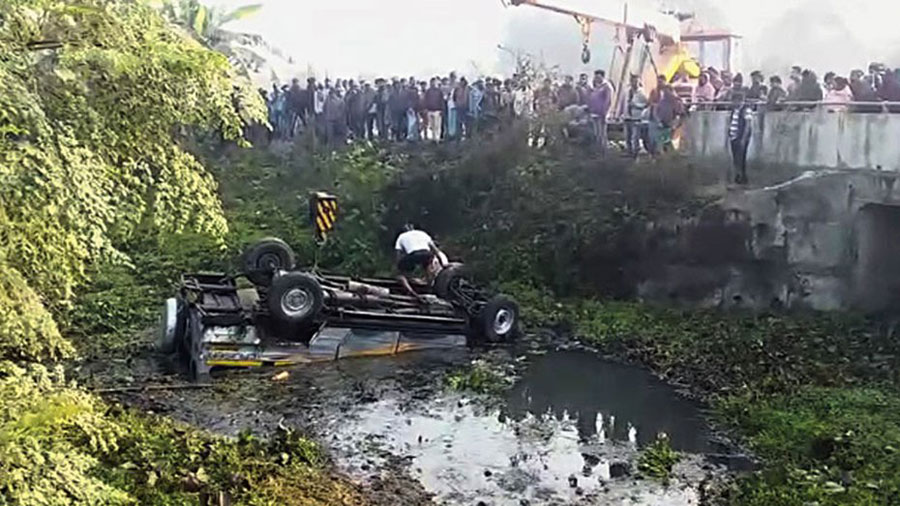 Rishav Singh, 8, admitted to SSKM Hospital since February 14 after the pool car he was in fell into a ditch, died of injuries early on Saturday.

Another child, Debangshu Bhakat, 6, is still admitted to the hospital.

Rishav, a Class II student of an English medium school in Hooghly and the son of a Trinamul Congress councillor, was injured when the Force Cruiser with 14 other students plunged into the water body along Delhi Road.

ISC students who take admission in Class XI will have to do 20-mark compulsory project work in subjects like English language, English literature, math and Indian languages in ISC from 2020, the Council for Indian School Certificate Examinations formally announced on Saturday. Students who will write ISC examinations in 2022 will be first batch to be tested under the new system.

A man who goes door to door to buy scrap items has been arrested in connection with the murder of a 65-year-old man at his Broad Street home eight months ago.

Murshid Sheikh, 28, a resident of the Parulia Coastal area in South 24-Parganas, was arrested in Diamond Harbour early on Saturday.

A 60-year-old man who was walking along Aurobindo Sarani was hit by a vehicle around 11pm on Friday. Rajkumar Dutta, a resident of Nimu Goswami Lane, was declared dead at RG Kar Medical College and Hospital.

A 32-year-old man was found hanging from a tree on Hospital Road near Victoria Memorial Hall early on Saturday. He has been identified as Tinku Das, a resident of Beltala Road. Das was declared dead at SSKM Hospital. No suicide note has been found.

An 81-year-man’s decomposed body was found at his Golf Green home, where he lived alone, on Saturday. Neighbours alerted cops of a stench emanating from B. Srinivasan’s flat. Police broke open the front door and found him near the washroom, an officer said. The body has been sent for post-mortem. The police said they were trying to contact his relatives.