On October 12, Union home minister Amit Shah will attend the meeting at North Block in Delhi for resolution of issues related to Gorkhas 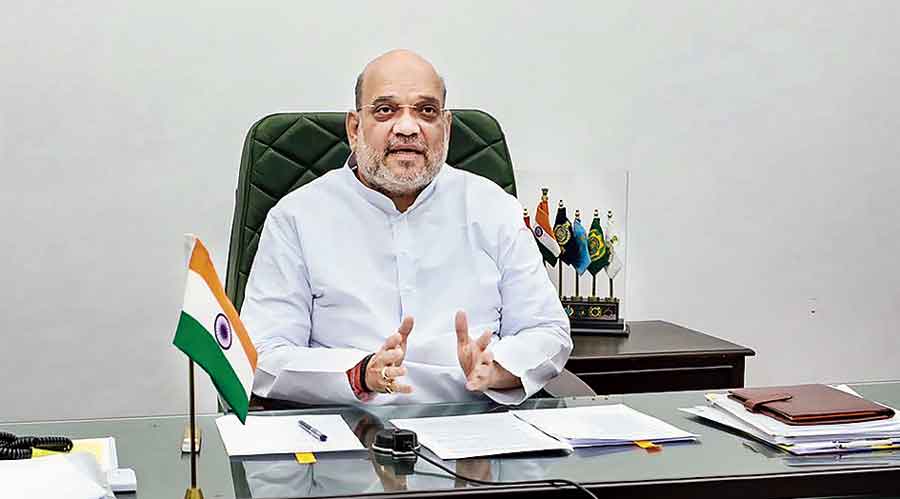 The Narendra Modi government’s decision to hold a meeting on the hill issue has prompted outfits and political parties of the Rajbanshi community reassert their demand for the Kamtapur state.

On October 12, Union home minister Amit Shah will attend the meeting at North Block in Delhi for “resolution” of issues related to Gorkhas.”

In recent years, this is the first-of-its-kind meeting that the Centre has convened on the issue which has been time and again flagged by the residents of Darjeeling hills.

“Our demand for Kamtapur state is no less important that the demand of the hill people. After festivities are over, we want the Centre to convene a tripartite meeting to discuss our demands. We have carried out a number of political activities on the issue to draw the attention of the state and central governments during past few months. If required, we will resume our movement again,” said Manabendranath Roy, general secretary, Kamtapur Progressive Party.

In north Bengal, the demand for statehood has been raised time and again by different organisations of the Rajbanshis. Altogether, around 85 lakh Rajbanshis, including Nasya Sheikhs or Rajbanshi Muslims, dwell in the region. They are close to 40 per cent of north Bengal’s population.

Nikhil Roy, president of Kamtapur Peoples’ Party (United), another political party that has ben vocal on the demand said they do not want any autonomous arrangement in north Bengal.

“If any such arrangement is made for hills, only hill residents will benefit while the rest of north Bengal will be deprived. That is why we want a state and the Gorkhas will also be a part of it,” said Roy.

He said that a few months back, the issue had again gained pace as BJP MP John Barla, who is the Union minister of state for minority affairs now, had spoken on statehood.

“We believe central leaders of the BJP will take due cognisance of our demand. Otherwise, we will be forced to launch a movement,” the Rajbanshi leader added.

Like the two factions of KPP, leaders of Greater Cooch Behar Peoples’ Association (GCPA), have also spoken out.

Bangshibadan Barman, who heads one of the factions of the GCPA, said the Centre should break its silence.

Barman, who is an office bearer in the Rajbanshi Development & Cultural Board and Rajbanshi Bhasa Academy constituted by Mamata Banerjee to address some demands of the community including recognition of their language, said the Centre should meet the clauses of Cooch Behar’s merger with India.

“It is high time that the Centre convenes a meeting and confers the status of a state to us according to the agreement signed between the India government and the royals of the then princely state of Cooch Behar which led to the merger in 1949,” he said.

Political analysts of the region have termed the renewal of the demand by Rajbanshis an “obvious move” ahead of the October 12 meeting.

They have also said it has come as a fresh poser for the BJP as there are differences within the party on the issue.

“A section of party leaders supports the demand but many others oppose it. As these organisations want the Centre to act, it will be interesting to see how the BJP handles the situation. Moreover, if there is any development on the hill issue, there is no doubt that Rajbanshis will intensify their demand,” said an observer.

Trinamul leaders sounded unperturbed. Their party is principally against any further division of Bengal, they said.

“Mamata Banerjee has done a lot for the Rajbanshis and for north Bengal as a whole. Development work is going on and in no way has the region been deprived. We will keep on underscoring the development work carried out here. The BJP, however, will have to clarify its stand as the party is responsible for inciting a section of residents here with false promises,” said a party leader based in Cooch Behar.

Additional reporting by our Jalpaiguri and Cooch Behar correspondents