Advertisement
Home / West-bengal / Jadavpur University VC asks: Why else did I rush?

Jadavpur University VC asks: Why else did I rush? 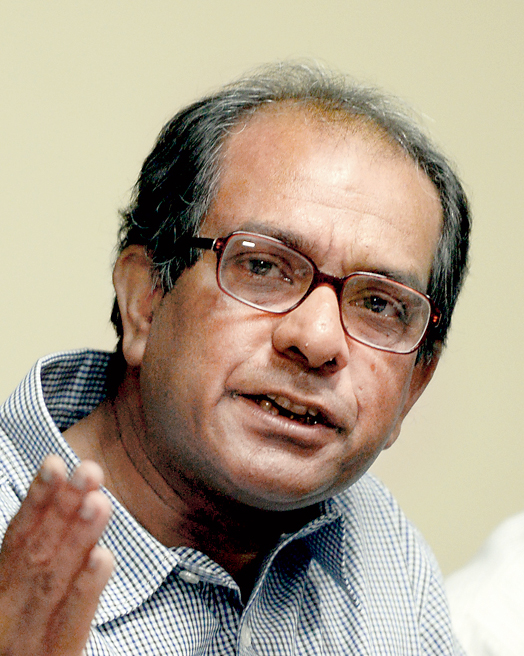 Jadavpur University vice-chancellor Suranjan Das said from his hospital bed that he would not have rushed to intervene when he heard that minister Babul Supriyo had been surrounded by students had he wanted to abandon his obligations.

“If I had done so (abandoning obligations), then why did I rush to intervene? I fell down in the melee and got injured,” Das told Metro in his cabin at AMRI Hospitals Dhakuria.

The VC was admitted to the hospital on Thursday evening with complaints of hypertension, palpitation, headache and nausea.

Das, who had said on Thursday that he would rather resign than call police to the campus, said on Friday that any VC in Jadavpur University’s history who had sought police intervention to tackle a situation had to resign.

“I believe in freedom of speech and thought. So the university allowed the programme to be held on the campus. We also arranged for security. The university’s guards were deployed there but I had no prior information about such an incident,” said Das.

The VC said the agitation against Supriyo, vandalism outside the university, ransacking of the union room by a group of people and students setting up a blockade around the governor’s car were “unfortunate and regrettable”.

“The agitation against the minister was unfortunate. It’s not in tune with the spirit of JU. We believe in free thinking. At the same time, the vandalism that followed was equally unfortunate,” said Das.

The VC, however, feels it would not have been right to call the police to the campus.

Supriyo had asked Das to call the police and the VC replied that he would rather resign than do so. “Calling the police would not have helped. I do not believe in running JU with the police,” said Das.

“In JU’s history, any VC who had sought police intervention had to resign. If I had called the police, it would have been like 2014,” said Das.

In 2014, the then VC Abhijit Chakrabarti had called the police on the night of September 16 to end a siege by students, who were demanding action on a complaint of molestation lodged by a girl student. The police action led to a shutdown on the campus for more than three months, resulting in Chakrabarti’s resignation.

“In the history of all universities across India, whenever there has been police intervention on campus, the administration had faced problems,” said Das.

“The university community has to be involved to resolve the issues.”

Das said the teachers who had accompanied him to AMRI on Thursday evening had rushed back to the campus after hearing that the students had set up a blockade around the governor’s car and was not allowing it to leave. Supriyo was in the car, too.

“The teachers persuaded the students to allow the governor to leave. The blockade was lifted after that. The police had no role in this. So, it proves my point,” said Das.

There was a large contingent of police, many in plainclothes, on the campus but they did not try to disperse the students.