IT raids Jharkhand hotel in search of Partha Chatterjee's aide 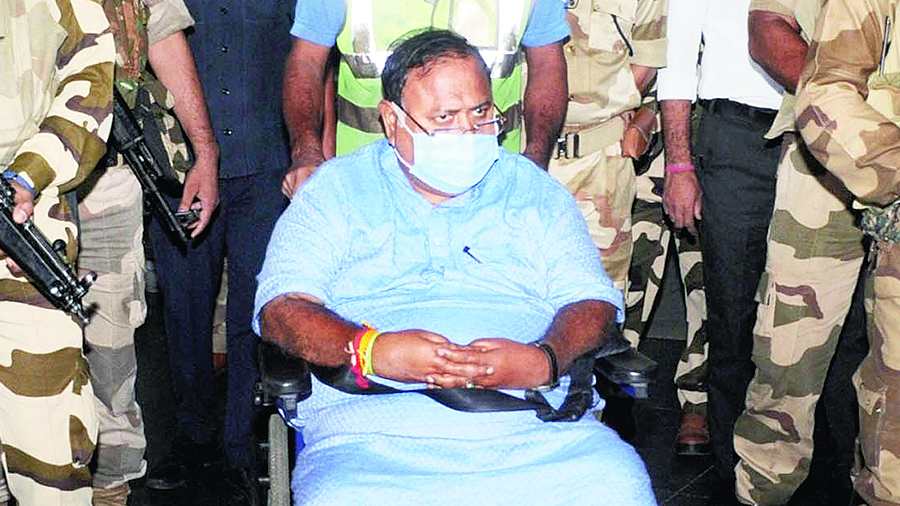 Income Tax Department conducted a raid at a hotel in Bhandara Park in Jharkhand's Hazaribagh district after getting information about the visit of an alleged close aide of arrested former West Bengal minister Partha Chatterjee, officials said.

The person, however, reportedly left the hotel hours before the I-T team arrived on Friday.

The team, which has been camping in Hazaribagh in connection with another case, received an input from the Enforcement Directorate in Calcutta, that the person was in Bhandara Park allegedly to hide unaccounted money, they said.

"Personnel of the income tax unit then sealed all the entrances of the park, which comprises a multiplex, a hotel and a marriage hall," the officials said.

The man in question "is considered close" to Chatterjee, who was recently arrested from Calcutta by the ED in the school jobs scam, they added.

A spokesman of the Income Tax Department, who did not wish to be named, said they conducted raids at the hotel on Thursday for around eight hours, but were unsuccessful in tracking down the person, who had reportedly left the park a few hours before the team arrived.

The hotel staff, who were questioned by the team members, said he had arrived from Calcutta in a government vehicle, and was carrying "a big bag" with him.

Chatterjee, the now-suspended Trinamul Congress leader, was arrested by the ED last month in connection with its investigation into irregularities in the recruitment of teachers by the School Service Commission.