Lapses in annual exams with board papers 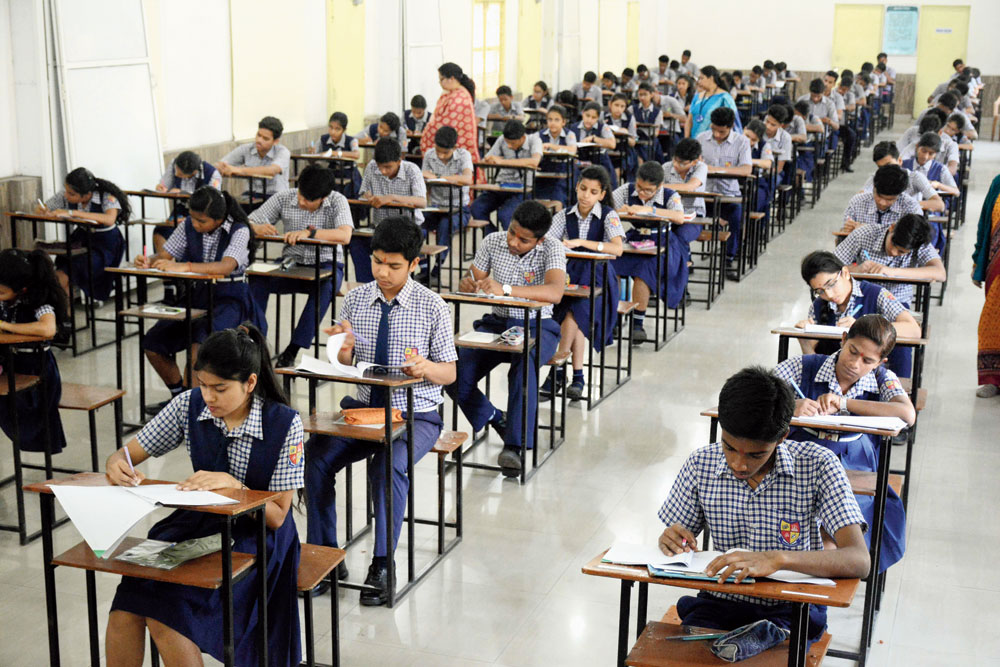 The council has said it has decided to take “appropriate disciplinary action against the offending schools and their principals”
File picture
Jhinuk Mazumdar   |   Calcutta   |   Published 11.03.20, 08:47 PM

The ICSE council has said it is “saddened and disappointed” by reports of “widespread” leak of question papers of the annual exams of classes IX and XI, something that could have not happened without the involvement of some schools.

In a letter to the heads of all affiliated schools on Wednesday, the council has said its “faith and trust has been shaken due to the widespread lapses on the part of some of the principals, where the leakages have occurred”.

The council has said it has decided to take “appropriate disciplinary action against the offending schools and their principals”.

“The question papers were provided by CISCE (Council for the Indian School Certificate Examinations) to ensure uniformity in the standard of examination and prepare the candidates for the board examinations…. The papers were merely to be downloaded, printed and distributed at the time of the examination. But now this faith and trust has been shaken due to the widespread lapses on the part of some of the principals, where the leakages have occurred,” says the letter from Gerry Arathoon, the chief executive and secretary of the council.

The council had clarified that the annual exams of classes IX and XI were not board exams but an effort to familiarise students with the question pattern for board exams in classes X and XII.

“While CISCE acknowledges the extent of cooperation provided by the schools, it is deeply saddened and disappointed by reports of widespread leakage of the question papers from different parts of the country,” the circular says.

Such aberrations would mean that the results of the examinations aren’t a true reflection of the capability and performance of the candidates. “The very purpose behind the exercise stands defeated,” the circular says.

The head of a Calcutta school alleged that some institutions had failed to maintain the sanctity of the examinations because of the obsession with marks. “Over the years marks have become the only way for schools to earn a reputation. Schools tabulate data and even announce how many students have scored above 90 or 95 per cent,” a school head said.

The head of another school said there have been instances when teachers have awarded more than the deserved marks to students in the practical exams because they are conducted within the school.

The council’s letter says it had “reposed full faith and trust in the principals of all its affiliated schools and thus had acceded to their request of providing the question papers to them 24 hours in advance”.

It has come to the notice of the council that some schools did not use the question papers provided by it and instead prepared their own questions.

The council, in a separate circular to the heads of schools on Wednesday, has asked for photocopies of three evaluated answer scripts of students of classes IX and XI with questions framed by the council to “scrutinise and analyse the performances”.

The photocopied answer scripts are to be attested by the head of the school concerned before it is sent to the council.