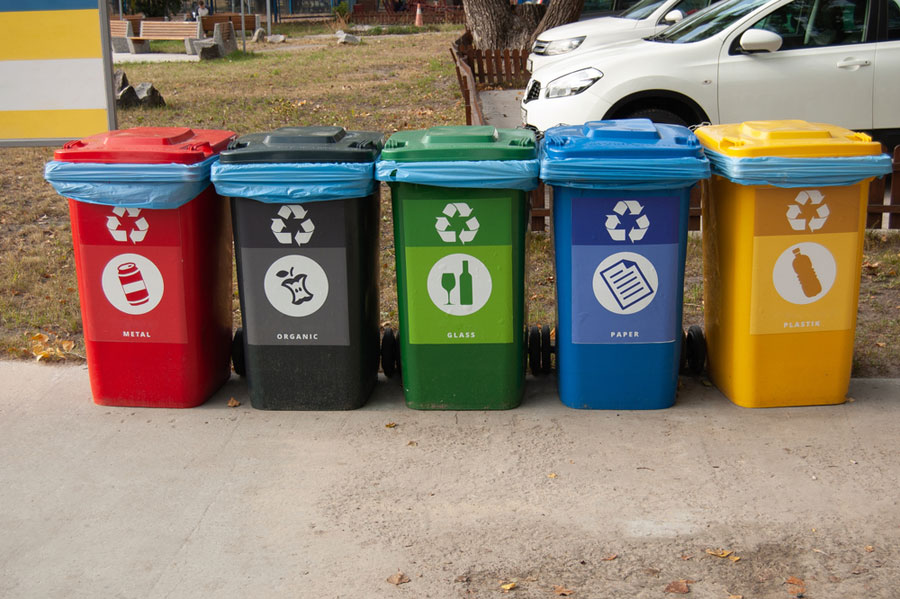 To enthuse people to segregate biodegradable and non-biodegradable waste and to raise awareness on the issue, the civic body has pasted smiley stickers on the bins and also named them
Representational image from Shutterstock
Subhajoy Roy   |   Calcutta   |   Published 21.02.20, 08:55 PM

Residents of a small pocket in Howrah city have started separating biodegradable and non-biodegradable waste at home before handing them over to waste collectors every morning.

The move is part of a scheme to segregate waste at source, launched by the Howrah Municipal Corporation in one of its wards a week ago.

To encourage people to segregate biodegradable and non-biodegradable waste and to raise awareness on the issue, the civic body has pasted smiley stickers on the bins and also named them.

“The word ‘Pochu’ sounds similar to pachansil, which means biodegradable in Bengali. This will help people remember what waste to put in which bin,” said Bijin Krishna, the commissioner of the Howrah Municipal Corporation (HMC). “The bins are the mascots of this programme.”

A senior official of the corporation said this was the first time waste segregation at source was started anywhere in Howrah.

The civic body has been distributing the bins for 10 days. Krishna said ward 22, where the waste segregation scheme has been introduced, has a population of 24,000. There are around 4,000 households.

“We have distributed the bins among some households. The rest will get them soon,” he said.

HMC has 60 wards and around 16 lakh people live in the areas controlled by the civic body.

The programme is being held in partnership with the United Nations Development Programme (UNDP), which will help the civic body set up a recycling facility for further segregation of waste.

“There are several kinds of dry or non-biodegradable waste such as metal, paper, plastic and glass. All of these cannot be sent to the same recycling plant,” said an official of the UNDP who is working in the Howrah project.

A compost plant is being set up where wet or biodegradable waste will go. The waste will undergo composting to produce manure.

The UNDP is also helping the civic body raise awareness on the necessity of waste segregation.

Waste segregation at source is practised only in handful of places in Bengal. The Calcutta Municipal Corporation collects segregated waste from households in seven wards. The system will be introduced in other wards in phases.

A senior HMC official said the recycling facility and the compost plant would be ready in one month.

Once these are up and running, the wet waste will go to the compost plant and the dry waste to the recycling facility.

The official said that while the wet waste would be collected every day, the dry waste is likely to be collected twice a week.

Howrah Municipal Corporation officials said they had plans to expand waste segregation at source across the entire municipal area.