How bad is Tallah bridge?

Weight of the structure enough to trigger collapse: Engineers 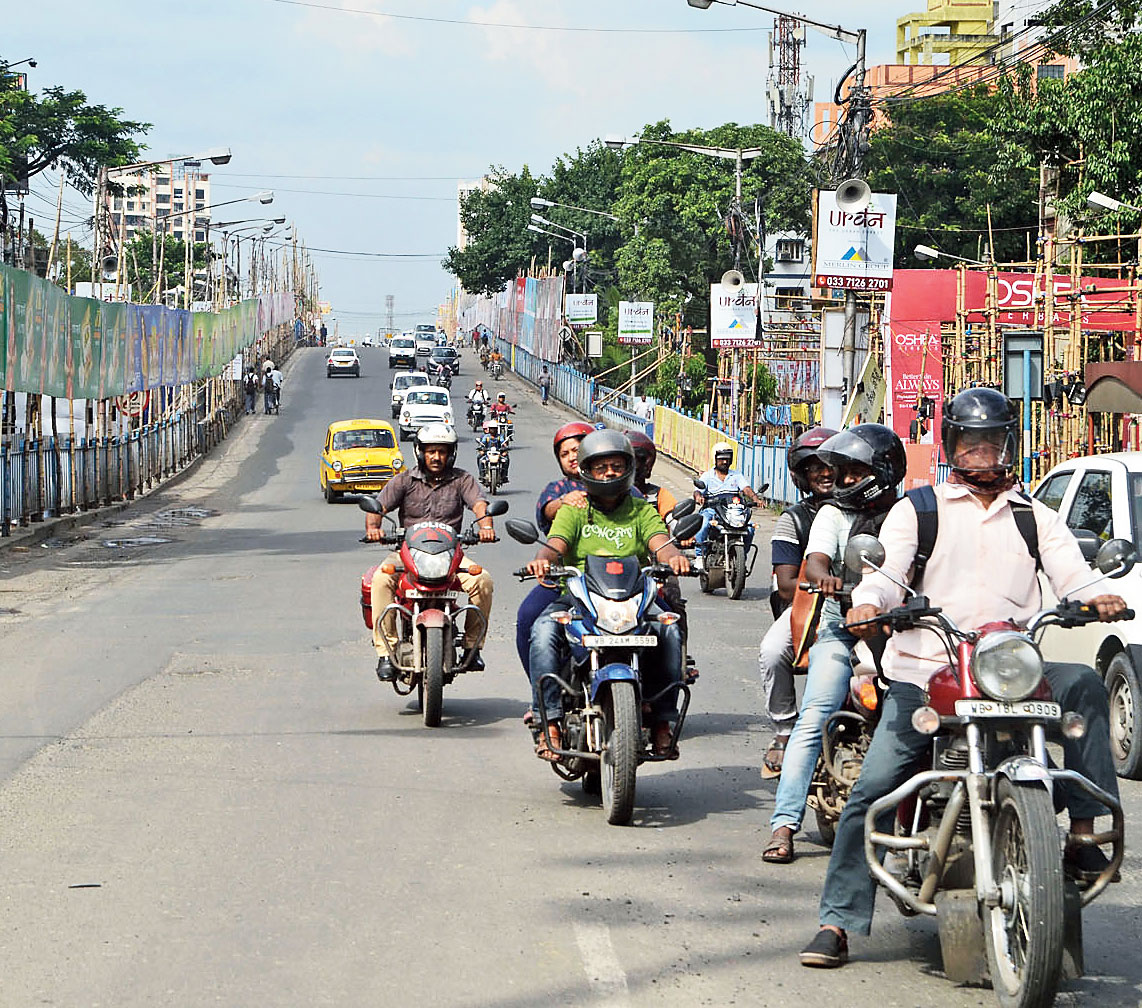 Traffic crawls on Belgachhia Road, one of the roads through which buses that plied on the bridge are being diverted.
Picture by Sanat Kumar Sinha

What holds the bridge

A series of steel wires hold the deck of the Tallah bridge. Engineers and other officials of the Bengal government said many of the wires had snapped. Which means the strength of the mesh to hold the weight has been compromised.

“There are some sections where the wires that should be hidden inside concrete have been exposed. A visual inspection showed that wires in these exposed parts have snapped,” said an official.

“We are assuming that wires in other portions that are still hidden have snapped, too. We cannot break the concrete to check the wires. That could lead to collapse and people working under the structure could get trapped.”

Some engineers think the bridge cannot be repaired or retrofitted and has to be demolished.

“The technology used to build the bridge is dated and retrofitting or repairs seem impossible. The bridge has to be demolished. The effort now is to try and understand if it can last a few more months,” an engineer said.

V.K. Raina, an engineer who has authored several books on bridges, will inspect the Tallah bridge, sources said.

Engineers from railways, RITES and the PWD are jointly conducting a detailed health study of the bridge. “A final decision on whether the bridge will be completely shut down or not will be taken soon,” the official said.

The Tallah bridge is not even fit for pedestrian movement and should ideally be shut down, this is what a consultant who studied the health of the bridge had recommended.

The highways division of engineering subsidiary RITES had flagged the problem after an inspection in late August.

However, the government has decided to allow only small vehicles, such as cars and motorcycles, to ply on the bridge as a temporary measure. Metro spoke to engineers from the railways and the PWD who inspected the bridge, a key link between Calcutta and its northern fringes, and this is what they had to say about its condition.

Engineers said the condition of the bridge was such that it could collapse even without having to bear any additional load. If pedestrians are allowed on the bridge, they would fall with the structure.

“The dead load of the bridge — the weight of the structure itself — can trigger its collapse. This bridge is similar in design to that of the Majerhat bridge, which had collapsed in September last year,” an engineer said.

There were far fewer vehicles on the Majerhat bridge, compared with the usual rush-hour volume, when it collapsed. “The structure fell because its inherent strength had eroded and it was unable to hold the load,” the engineer said.

“Like the Majerhat bridge, the inherent strength of the Tallah bridge has eroded significantly. The support that holds the deck or the surface of the bridge has become too weak. The bridge’s own load can trigger its collapse. So, any additional load, even of a pedestrian, should be avoided.”

But this is an ideal solution. Shutting down the bridge would create such problems that the government couldn’t risk it. Also, the government wants to take opinions from some more engineers before it takes a final call.

Why the vehicle ban

Asked why the movement of heavy vehicles such as buses, trucks and containers has been banned on the bridge, an engineer who is part of the committee that is studying the health of the bridge said: “The measure is taken to reduce the additional load on the bridge.”

Since the bridge is already weak, reducing the load on it could prevent further damage, said engineers. This is also the reason why the tiles and layers of soil on the footpaths are being removed.

Engineers also said reducing the numbers of vehicles would help prevent snarls on the bridge. An engineer said when a number of buses and trucks get stuck in a snarl and wait on the bridge, their combined weight becomes too much to bear. “It could lead to a collapse,” the engineer said.