Harass arrest after call to 100 from bus in Calcutta

The woman was travelling with her husband, daughter when a youth allegedly took her pictures on a cellphone 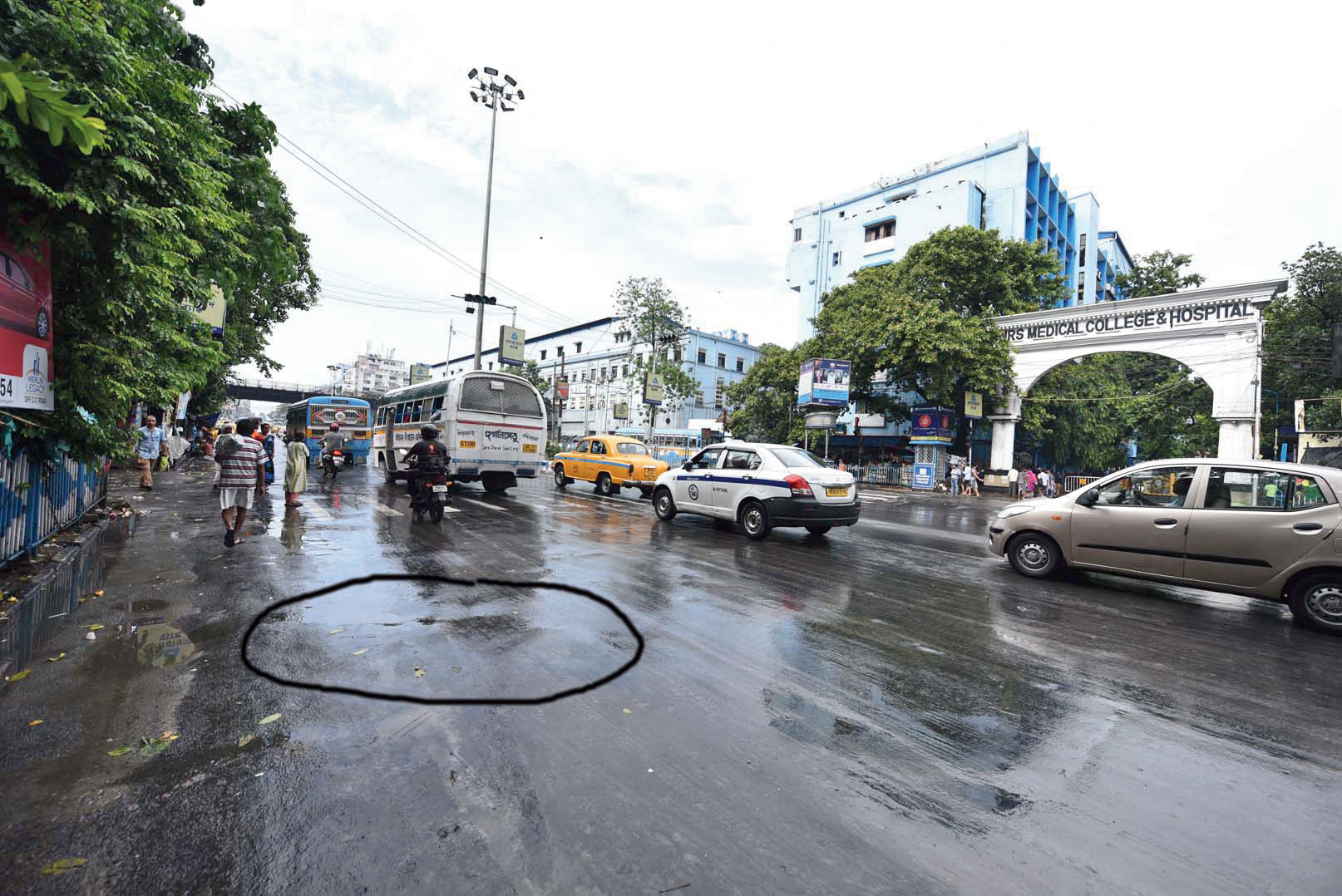 The spot (circled) opposite NRS hospital where the youth was arrested on Sunday morning.
Picture by Gautam Bose
Our Special Correspondent   |   Calcutta   |   Published 30.06.19, 09:52 PM

A bus was stopped on APC Road and a youth arrested on Sunday for clicking pictures of a passenger after the woman dialled 100 from the moving vehicle.

The woman, a resident of Baksara in Howrah, was travelling with her husband and daughter when the youth allegedly took her pictures on a cellphone. The woman objected and a few fellow passengers supported her, police said.

She dialled 100 at 10.08am and complained about the youth. The officer who took the call at the Calcutta police headquarters in Lalbazar took down the details of the bus route. The bus, which plies between Dhulagarh and Sealdah, was then crossing Welington Square. It was stopped 1.5km away, opposite the NRS Medical College and Hospital.

“We received a call from the Lalbazar control room that a woman had complained about harassment. The bus had turned left towards Sealdah from Lenin Sarani when our officer stopped it opposite NRS hospital,” an officer of the Sealdah Traffic Guard said.

A traffic sergeant stopped the bus and handed over the youth to officers of Muchipara police station.

“When we received the message from the control room, we only knew the route of the bus and didn’t have its registration number,” the officer said. “We took both the accused and the complainant to the police station, where the woman recorded her statement.”

Mohammad Khan, 24, was booked under Section 354C (voyeurism) of the Indian Penal Code. The maximum punishment, if convicted, is three years’ imprisonment.

“We have seized the youth’s mobile phone and it will be examined during investigation,” an officer of Muchipara police station said.

An officer at Lalbazar said there was another youth who managed to flee. The officer at Muchipara police station, however, said the woman did not mention a second youth. “She only complained against Khan. She didn’t mention anyone else in the complaint,” he said.

The prompt response to the woman’s distress call on Sunday morning stood in contrast to two recent instances where women in trouble didn’t receive immediate help from the police.

A woman riding her scooter to office was allegedly teased and physically harassed when she stopped at a signal near Ekbalpore on Friday morning. The woman alleged a youth passed lewd remarks at her and assaulted her when she protested. She alleged in a Facebook post that “on duty police personnel”, instead of helping her, asked her to visit the nearest police station.

On June 18, model Ushoshi Sengupta and the driver of the app cab she was travelling in were allegedly heckled by helmetless bikers at the Exide crossing and then at Lake Gardens. She had said cops of at least two police stations were initially indifferent to her pleas for help citing jurisdiction.