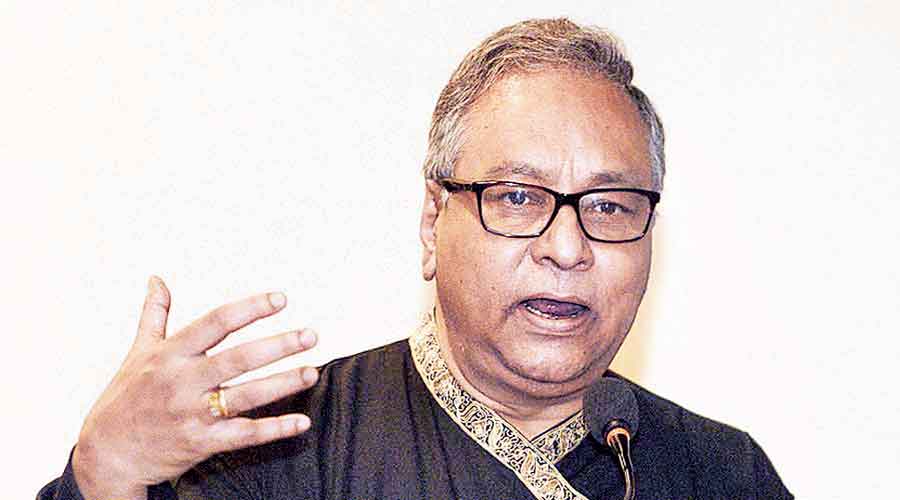 Trinamul Congress MP Jawhar Sircar on Monday made in public a scathing criticism of alleged graft in certain sections of the party and counselled a cleansing before the general election of 2024.

“The people in my family immediately said I should quit. Friends have been mocking me, asking me how much I received to be still here. Such ignominy, I have never had to tolerate,” said the 70-year-old intellectual who is known for decades of cordial ties with Mamata Banerjee.

“If a side of the body has started rotting, and nothing is immediately done about it, then how will that body be fighting fit for the ultimate war of 2024?” he asked in an interview to ABP Ananda on Monday. His comments were aired hours after the chief minister’s belligerent counterattack against allegations of corruption.

Renowned for being fiercely critical of the Narenda Modi regime, Sircar ascended unopposed to the Rajya Sabha in August last year. He was fielded by Mamata to fill the vacancy of Dinesh Trivedi, who had left Trinamul for the BJP. The retired IAS officer with 42 years of experience, a former Union culture secretary and Prasar Bharati chief executive officer, Sircar was expected to stay as MP till, at least, April 2026.

Sircar’s criticism came in the wake of the arrest by central agencies of Trinamul heavyweights Partha Chatterjee and Anubrata Mondal, in connection probes into allegations of corruption.

“This party has many decent people. But some are opportunists, and you can identify them easily…. I am able to say these things freely because I am not a politician, I am not here to make a career of it,” he said.

“Every party needs some money to function properly, whoever is in denial of that is being impractical…. But to make heaps of cash, jewellery, SUVs, real estate…. I am not used to seeing such things. It makes me flinch, in a state of shock,” added Sircar, bitterly critical of Chatterjee in the interview.

Sircar, however, reaffirmed his commitment to stand against the Narendra Modi regime and its perceived machinations against the core elements of India’s ethos, such as plurality and democracy.

“This intolerant, despotic regime should be firmly resisted on all fronts. The fight in 2024 is a fight to the finish…. I came here inspired by the Bengal mandate of 2021, after the dejection of the general election results of 2019,” he said.

“I still believe that she (Mamata) has it in her to put up an allout fight, and that she remains committed to the cause,” added Sircar, who was widely respected in the UPA I and II governments at the Centre, and was known for his proximity to Prime Minister Manmohan Singh, whom he reported to.