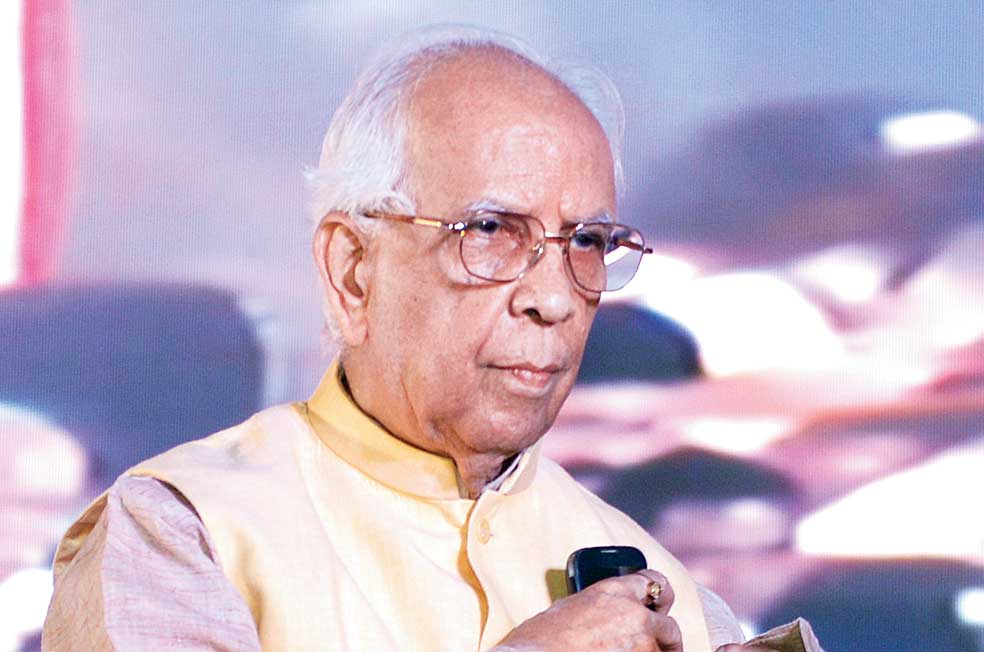 Bengal governor Keshari Nath Tripathi on Saturday expressed dissatisfaction with chief minister Mamata Banerjee’s “non-responsiveness” to his attempts to speak to her over the doctors’ agitation.

According to a release from the governor’s media secretary, Tripathi had, in a letter to Mamata on Saturday, expressed “sadness” at the lack of response from her.

The release said the governor had sent another letter on Friday mentioning the grievances and demands of doctors and their willingness to resume work if their concerns were addressed.

“In this (Saturday’s) letter, Hon’ble Governor also expressed his sadness at her non-responsiveness to his efforts to talk to her and in the same letter he mentioned that he had written her a letter yesterday in which Governor Tripathi mentioned the grievances and demands of doctors and their willingness to resume their duties upon redressal of their grievances,” the media release said.

Sources said the governor had assured several associations of doctors, including that of junior doctors, that he would arrange meetings between the agitators and the government as the Bengal administration was the appropriate authority to look into the demands.

“I had suggested in my letter to you (Mamata) to meet the Doctors and assure to provide adequate security to them and also to look into their grievances. I understand that no meeting with agitating Doctors has been held by the Government till now,” Saturday’s letter said.

The chief minister, however, said later in the day that she had spoken to Tripathi.

“I have talked to the governor. He is convinced,” Mamata said at a news conference in Nabanna on Saturday evening when asked about the communication from Raj Bhavan.

She added that she would not have any problem if the agitating doctors spoke to Tripathi to resolve the crisis. “There is no difference between the government and the governor,” Mamata said.

A state minister said the chief minister had been trying to hold meetings with the agitating doctors since Friday evening.

Nabanna sources said the governor wanted that he be kept in the loop on the steps taken to resolve the crisis.

“We will send details, starting from the actions taken against those accused of the assault on doctors, beefing up the security arrangements for doctors, and the efforts to hold meetings with the junior doctors…. If the governor sends any further suggestions, we will try to follow those,” said a senior official.

Sources said that as the chief minister was not at Nabanna for long on Friday, she could not receive the call from the Raj Bhavan.

“After she returned to Nabanna around 4pm, she got busy in holding meetings with government officials and five senior doctors to resolve the impasse. So she could not read the governor’s letter on Friday,” a Nabanna source said.