According to sources at Nabanna, the projects once made operational would draw investment to several sectors 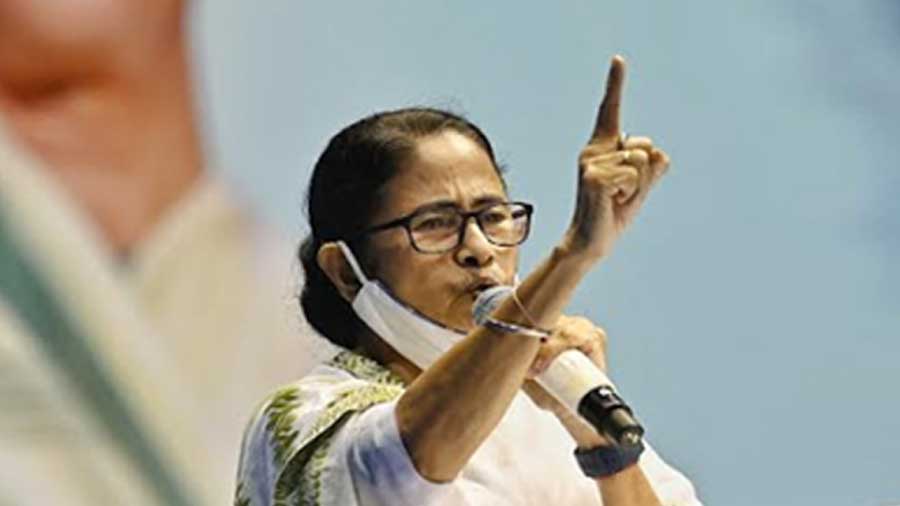 The Mamata Banerjee government will create three dedicated industrial corridors in Bengal to reap the benefits of the Centre’s Amritsar-Dankuni freight corridor, which aims to boost trade and commerce between the eastern and northern parts of the country.

“We will set up three dedicated industrial corridors — Dankuni-Haldia, Dankuni-Kalyani and Dankuni-Raghunathpur — to boost industrial activity in the state... We are now focusing on industrialisation and creation of jobs after ensuring social security schemes,” chief minister Mamata Banerjee said during a meeting with industrialists at Nabanna on Wednesday.

The meeting was convened in the run up to this year’s Bengal Global Business Summit.

“But because of the pandemic, the project was delayed. It is expected that the freight corridor is likely to be functional by the later half of 2022,” said a source.

Sources at Nabanna said the three industrial corridors once made operational would draw investment to several sectors.

“Once the work on the freight corridor is completed, Dankuni will assume the role of a major land port in the state. As there is not enough land in and around Dankuni to set up large industries, connecting areas that have land with dedicated corridors will surely help in drawing investments,” said a senior government official.

According to sources, several industrial parks have already been set up in Raghunathpur in Purulia and Kalyani in Nadia. As land is available in those two areas, the government can easily provide plots to the industrialists.

“In Raghunathpur, the state has more than 4,000 acres of land and there is already a demand for about 1,000 acres from industrialists in the area. So, developing the industrial corridors will boost the state’s economy,” said a source.

In the case of Haldia, it is already developed as an industrial hub of the state and a dedicated corridor will be a boon for existing industries.

The fact that creating physical infrastructure necessary for large industries is the priority of the state was clear in Mamata’s repeated reference to the deep sea port in Tajpur and the coal mine project in Deocha-Pachami during the meeting.

“Not only the Tajpur port, the proposed Kulpi project will also come up. Tenders have already been floated for the Tajpur port. We have already started giving compensation to the land losers of Deocha-Pachami. These projects will change the state’s economy,” said the chief minister.

Mamata’s announcements drew a loud round of applause at the meeting.

Karan Adani, the CEO of Adani Ports and SEZ Limited, said at the meeting that his firm was interested in developing the Tajpur port as Bengal is the gateway to Northeast and neighbouring countries like Nepal and Bhutan.

Mamata Banerjee on Wednesday handed over appointment letters and compensation cheques to six families affected by the proposed Deocha-Pachami coal mine.

The chief minister said more than 1,500 families had agreed to part with their land for the project. “There will be no forceful acquisition of land. The government would take land from those who would voluntarily come up. A government job and proper compensation will be provided to one member of each of the families,” said the chief minister.