The previous incentive policy for large firms expired in September 2019 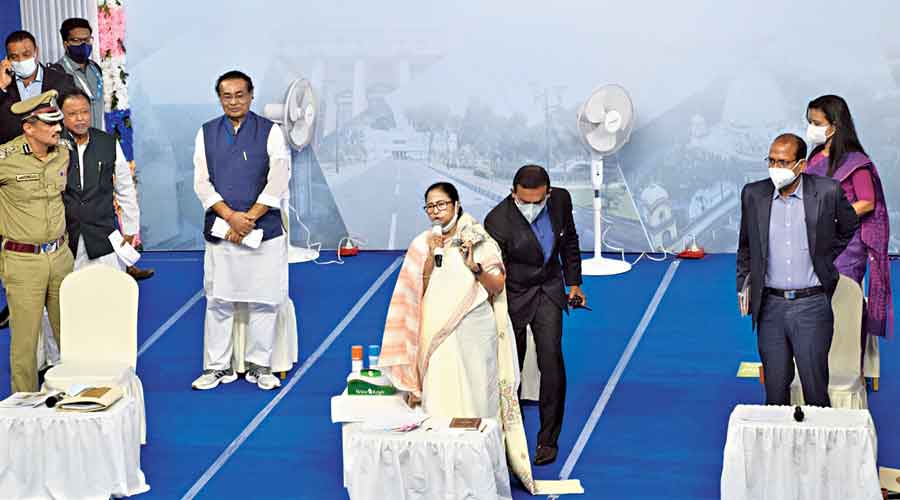 The Mamata Banerjee government is set to move towards a selective incentive policy for large industries to meet the twin objectives of optimising outgo from the state coffers and giving encouragement to potential investors.

Although there has not been any announcement on the shift from a general incentive policy, applicable for all sectors meeting the criteria, to a selective offering of the benefits, sources aware of the development said the government set the ball rolling on Thursday.

“The industries department placed a file in the cabinet on Thursday regarding an expression of interest (EoI) sought for setting up a bicycle manufacturing unit in the state as a mention case,” a source said.

The EoI had details of incentives announced for investors interested in setting up a bicycle manufacturing unit in Bengal.

“The development is significant as the EoI that was floated and which secured the cabinet’s approval on Thursday includes several incentives for the investors. There is no incentive policy for large industries in the state at the moment. However, it is clear that the government is set to announce incentives for investors on a case-to-case basis,” said a senior government official.

The previous incentive policy for large industries expired in September 2019.

“At that time, the cabinet had extended the incentive policy for micro, small and medium enterprises for a period of five years, but no such step was taken for large industries. It was clear that the state government didn’t have money at that point to offer such incentives,” a source said.

While it is true that incentives offered by a state is not the sole consideration for an industrialist before he or she makes an investment, there is little doubt that companies do consider the sops given by different states before zeroing in on the location for their next venture.

“It’s good that the Nabanna top brass is planning to introduce a case-by-case approach as it will optimise resource utilisation at a time the gap between the government’s income and expenditure is growing,” another source said.

He, however, added that the new approach should be transparent and based on a proper cost-benefit analysis to rule out any possibility of favouritism.

As per the EoI floated seeking proposals for a bicycle manufacturing unit, the Bengal government has proposed to waive land conversion fee, give a 100 per cent waiver on stamp duty and registration, a waiver on the duty on electricity consumption for five years with an upper limit of 20 per cent of the project cost, and an assurance of procurement of 50 per cent of the company’s annual production.

According to sources, the state spends nearly Rs 700 crore annually to buy about 20 lakh bicycles to distribute among students of Classes IX and X.

“If there is a local manufacturer, the cost would surely go down,” a source said.

Besides these financial incentives, the state government will also offer 24X7 uninterrupted power and water supply, skill training for employees, assistance in securing all clearances, including those on environment and forest, and assistance in publicity and marketing.