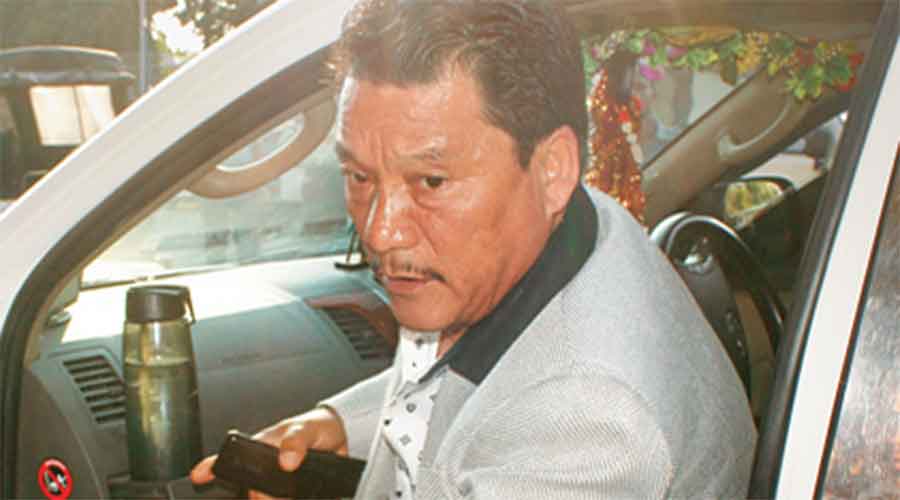 The Bimal Gurung faction of the Gorkha Janmukti Morcha claimed that the party had raised the issue of Gorkhaland and granting of tribal status to 11 hill communities at a meeting convened by the Centre in New Delhi on Wednesday where no representative of the Bengal government and other hill parties was present.

The meeting was chaired by Union minister of state for home G. Kishan Reddy.

A written statement circulated in social media by Roshan Giri, the general secretary of the Gurung camp, but attributed to Lopsang Yolmo Lama, the working president, said the delegates had raised the demand for the separate state of Gorkhaland and grant of Scheduled Tribe status to 11 Gorkha sub-communities.

The Union home ministry had convened the meeting initially with “the issues related to Gorkhaland” as the agenda, which was later changed to “issues of Gorkhaland Territorial Administration”.

The Gurung camp alleged at the meeting that the Bengal government did not honour the GTA agreement and purportedly listed out “irregularities, interferences and obstacles committed by the state government thereby rendering the GTA defunct”. “Moreover, all the elected members of the GTA had resigned en masse in 2017 rejecting the said body,” the party said.

Anit Thapa, the general secretary of the Binay Tamang camp of the Morcha, said:  “Why is Bimal Gurung going to a GTA meeting? Why is he in a GTA meeting after crying hoarse on the Gorkhaland.”