The gherao started after a meeting between Ghosh and a group of students, who called on him with the demand that the polls be held at the earliest, remained inconclusive 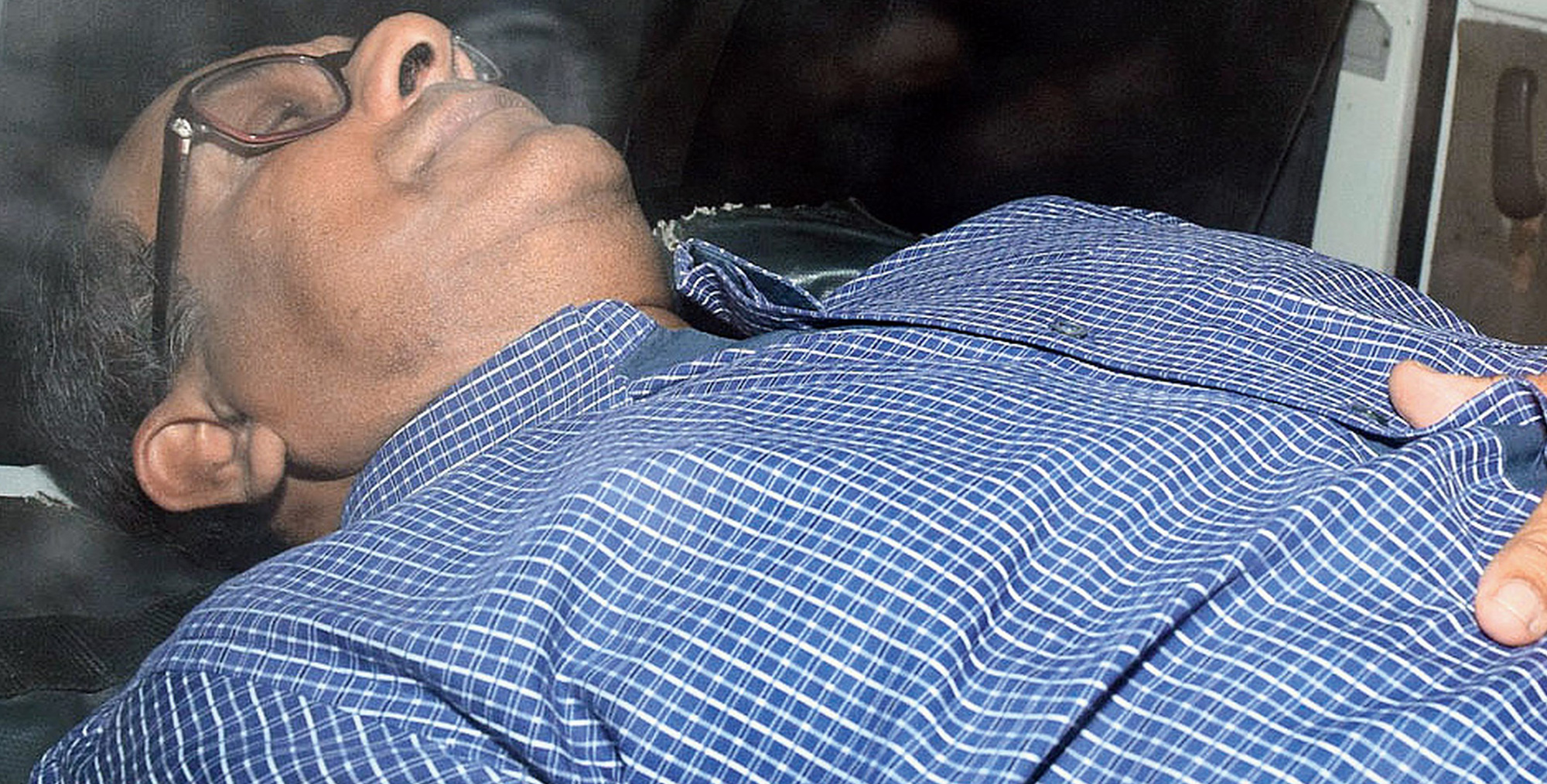 Suranjan Das, vice-chancellor of Jadavpur University, being taken to AMRI Dhakuria after being allegedly assaulted during a scuffle involving two groups of students on the campus on Tuesday.
Telegraph picture
Our Special Correspondent   |   Calcutta   |   Published 24.02.19, 09:47 PM

The gherao of Jadavpur University pro-vice-chancellor Pradip Ghosh, which started on Friday evening, was on till late on Sunday with the protesting students refusing to relent till the students’ union polls are announced.

The students are sitting on the stairway leading to Aurobindo Bhavan, the administrative headquarters of the university where Ghosh is being held hostage.

The gherao started after a meeting between Ghosh and a group of students, who called on him with the demand that the polls be held at the earliest, remained inconclusive.

The university has been maintaining that the union polls could not be held without the government’s consent. The government has not yet spelt out when it will give its nod for the elections.

Ghosh has been steering JU since vice-chancellor Suranjan Das went on medical leave on Thursday after being injured in a scuffle between two groups of students.

Asked about the reason for the prolonged gherao, Aritra Majumdar, a protesting student, said: “We had placed our demands on arranging a meeting with the state government around 4pm on Friday. The pro-VC could have faxed the demand to the government at once. Government offices close at 5pm. But he did nothing”.

Jadavpur University registrar, Snehamanju Basu, has formed an inquiry committee to probe the alleged assault on Das. The committee will have to submit its report within 15 days.