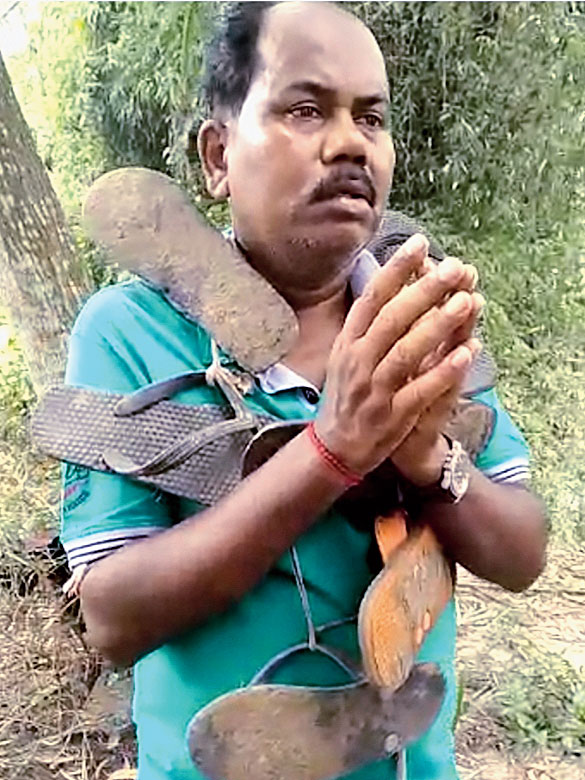 A Trinamul councillor’s cousin was thrashed and paraded with a garland of slippers in East Midnapore’s Marishda over allegations that he had taken over Rs 1 crore as cut money from villagers after promising government jobs.

The group that targeted Kanchan Giri and circulated a video of the incident on Saturday claimed that he had taken the money from 100 villagers over four years. Councillor Atanu Giri claimed “he was not in touch” with Kanchan.

“Kanchan has collected more than Rs 1 crore from many residents of our village over the past four years. After people began to ask him about the jobs he had promised, he stopped coming. He lives nearby but used to take a detour home. On Saturday, we stopped his car and pulled him out,” said a villager.

The attackers claimed that they released Kanchan — a contractor and a suspected Trinamul worker — after the beating when he promised to return their money.

Councillor Atanu denied having “direct contact” with his cousin. “I do not know about these job assurances. I do not keep in touch with Kanchan,” Atanu said.