Advertisement
Home / West-bengal / Flyover to get its bearings right

Flyover to get its bearings right 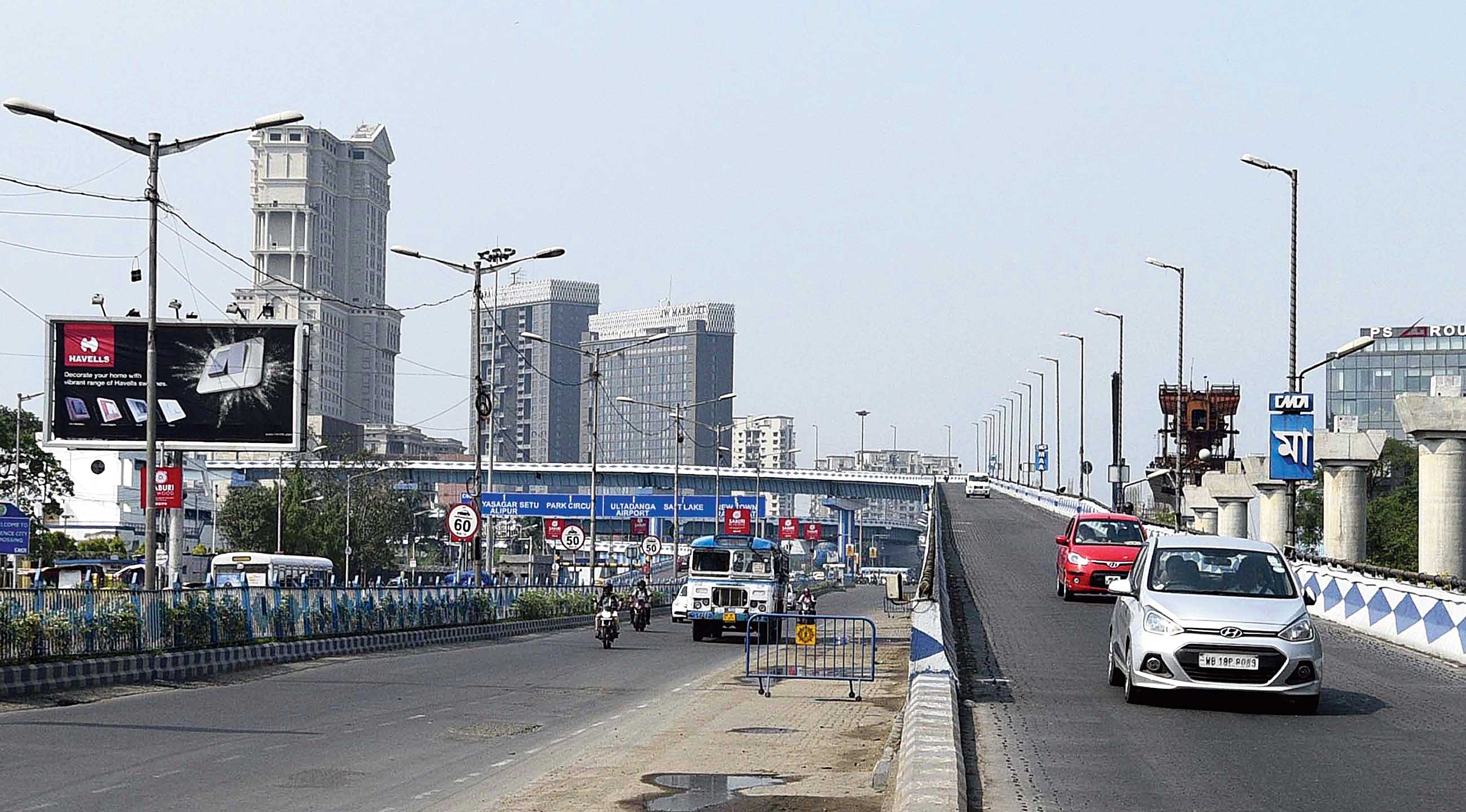 Cars move down the Parama flyover towards the Ruby rotary on Sunday. The flank will remain closed from 12 days from the night of April 12 for repairs.
Picture by Gautam Bose
Kinsuk Basu   |   Calcutta   |   Published 07.04.19, 08:55 PM

The ramp of the Parama flyover going towards the Ruby rotary on the EM Bypass will be closed to traffic for 12 days from the night of April 12 to allow replacement of faulty bearings.

Six bearings will be replaced to make the ramp “safer” for emergency movement of heavy vehicles from the flyover towards Ruby, officials of the Calcutta Metropolitan Development Authority (CMDA), the custodian of the flyover, said.

“There was a defect in the design and drawing. We had flagged our concern within a year of the flyover’s inauguration in 2016. There were some issues with traffic management. Finally, Lalbazar has cleared our proposal,” a senior official of the CMDA said.

Faulty bearings had been identified as the main reason for the collapse of a portion of the Ultadanga flyover in March 2013. Insiders in the CMDA admitted that the move to replace the bearings of the Parama flyover ramp had been prompted by the collapse of the Majerhat bridge on September 4 last year.

During this period, vehicles headed towards Ruby from the Park Circus seven-point would be diverted down Suhrawardy Avenue and Darga Road towards Bridge No. 4.

Flexes and banners would be placed at the Park Circus seven-Point, alerting vehicles about the diversion. “Initially, if some vehicles miss the signage, they would be asked to proceed towards the Bypass and take a U-turn from Bypass Dhaba to go towards Ruby,” an officer said.

HCC, the engineering firm that had built the flyover and its newly inaugurated ramp, will carry out the replacement work on the ramp. The estimated cost of six bearings is Rs 55 lakh.

“The CMDA has asked us to replace the bearings. All six bearings have already been brought. We will start mounting them once the work begins,” a senior executive of HCC said. “We have asked the CMDA to pay for the bearings. If it doesn’t, we will.”

The rest of the flyover is fit to bear the emergency load of heavy vehicles and needs no repair, engineers said.

Construction engineers said various types of loads are considered for the design of bridges. These loads and their combinations decide the safety of the bridge during its use under all circumstances. Broadly, they can be divided into two classes — dead load and live load. Dead load refers to the weight of the bridge structure itself while live load refers to the load of the moving vehicles.

The Indian Road Congress (IRC) identifies three different loads for bridges and flyovers — Class AA , Class A and Class B. Class AA load comprises a tracked vehicle of 70 tonnes with several axles or a wheeled vehicle of 40 tonnes.

For two-lane Indian highway bridges, the IRC recommends that the design should factor in the weight of heavy vehicles with multiple axles.

“When the design of the Ruby-bound ramp was considered, this load count was not factored in,” said an engineer of the CMDA associated with the project.

Work on the replacement of bearings would begin on a day when chief secretary Malay De has convened a meeting with senior IAS officers to take stock of the health of bridges and flyovers across Calcutta.