In the past three weeks, this is the third time that such an incident at the airport inconvenienced hundreds of passengers 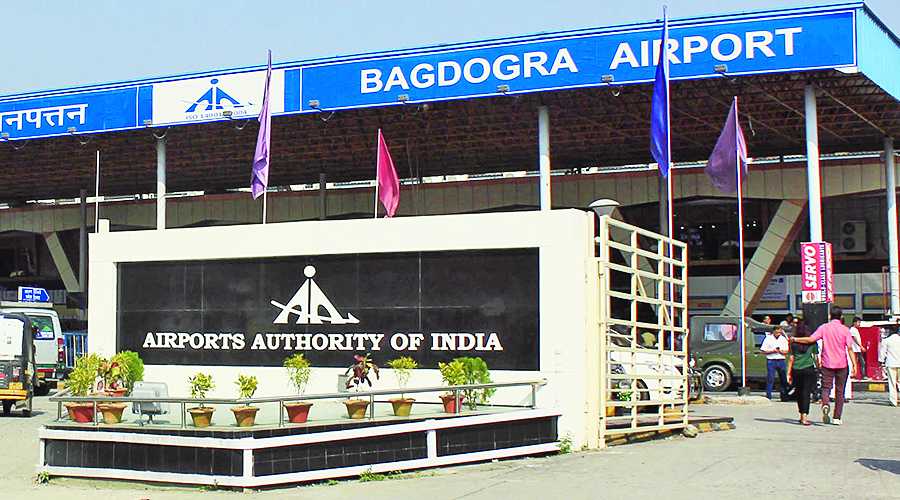 Flights were disrupted for around five hours at the Bagdogra airport on Thursday morning as cracks were again spotted in some parts of the runway.

In the past three weeks, this is the third time that flight operations were affected at the airport, inconveniencing hundreds of passengers.

Sources said as it had rained on Wednesday night, some portions of the runway got damaged. “Since morning, not a single flight landed or took off from the airport till 1pm. The repairs were carried out and around 1.45pm, the first flight landed. Gradually, the services became normal but some flights had to be cancelled,” said a source.

Only three days are left before the stipulated closure of flight operations at Bagdogra for a fortnight.

From April 11 to 26, the Indian Air Force, which manages the sole runway and the air traffic control at Bagdogra, will carry out re-carpeting of the runway. That is why all flights will remain suspended for this period.

On Thursday, there were 21 scheduled flights, six of which (12 flight movements) were cancelled.

On March 15, flight services had resumed after 5pm and continued till 10pm. Again, on March 22, around 21 flights were cancelled because of problems on the runway.

“Today, flights operated from afternoon till evening hours. There were a few cancellations,” said a source of the Airports Authority of India.

The disruption left many passengers who had reached the airport in the morning disgruntled. “If the airline companies had informed us earlier, we could have stayed back at home and would have come here ahead of the rescheduled time,” said a passenger.

The back-to-back disruption in flights left the tourism industry worried. “We are already worried over the suspension of flight services for a fortnight during the peak tourist season. If such disruptions continue to occur, it is but natural that a section of tourists might think of visiting other destinations, instead of north Bengal and Sikkim,” said a tour operator of the city.