Opposition parties raise questions over law and order in the state 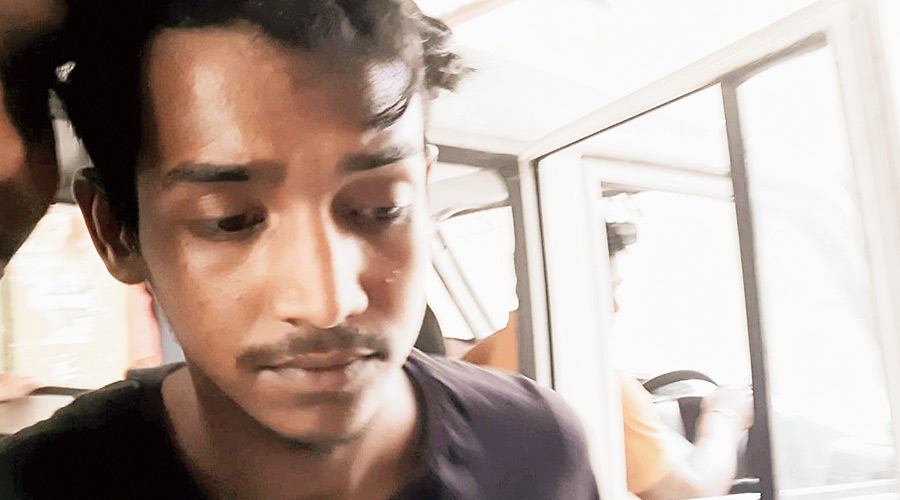 Prabhakar Poddar, who was arrested by police on Tuesday in connection with the gang-rape of a minor girl who later died apparently because of excessive bleeding at Hanskhali in Nadia district
Telegraph picture
Our Bureau   |   Calcutta   |   Published 13.04.22, 02:57 AM

Calcutta High Court has ordered CBI inquiries into six cases in the past eight months and five of the directives came since March 25. Of the five orders, two were delivered on Tuesday.

The CBI probe into one of the cases — death of a Class IX girl after gang-rape at Hanskhali in Nadia district — was ordered by a division bench late on Tuesday evening.

Earlier on Tuesday, senior government officials had said they could not recall that CBI investigations had been ordered into four incidents in a span of three weeks before. The fifth order came later in the day.

The orders from the high court have left the Trinamul Congress government in an awkward situation as they have given Opposition parties a chance to raise questions over law and order in the state.

“I can recall that three CBI investigations were ordered in a span of five years during the Left Front tenure. They dealt with the Tapasi Malik murder case, Nandigram firing and the Netai massacre. All these probes were ordered between 2006 and early 2011. But I can’t recall orders of so many CBI investigations within a span of three weeks,” said a senior bureaucrat.

The Telegraph lists the recent cases in which CBI investigations were ordered by the high court.

The high court ordered the CBI inquiry into the violent incidents following the declaration of Assembly poll results on May 2. The state government had said 16 people had been killed in clashes between groups and the victims were supporters of several parties, including Trinamul and the BJP. The chief minister said the incidents had taken place between May 2 when the election results were declared and May 5 when she took oath as the chief minister.

Nine people, including women, were charred to death by a group of criminals at Bogtui village near Rampurhat in Birbhum district on March 21 night. It was alleged a mob had entered the village and set houses on fire soon after Bhadu Sheikh, a Trinamul leader and vice-chairperson of panchayat, had been murdered. A section of Trinamul leaders as well as a section of police officers was accused of not taking action to prevent the carnage.

Kandu, a newly elected Congress councillor of Jhalda municipality in Purulia district, was gunned down. There were allegations from Opposition that he had been killed to pave the way for the formation of a Trinamul-run civic board. In the polls, Trinamul and the Congress bagged five seats each and Independents won two in the 12-member civic body. Family members of Kandu demanded the CBI probe alleging that the police and Trinamul were involved in the murder.

An eyewitness to the Tapan Kandu murder, Baishnab, was found hanging at his house on April 6. As Baishnab’s death could be related to the murder of Kandu, the case was also handed over to the CBI.

Apart from all the six cases, a single-judge bench of the high court had in March this year ordered CBI probes in two cases relating to alleged irregular recruitment of Group C and Group D employees into state-aided secondary schools.

But the order was stayed by a division bench of the court.

Since then, the single-judge bench had been issuing orders asking CBI officials to interrogate former and existing office-bearers of the School Service Commission in the two cases and place reports before his court. The judge on Tuesday issued a directive asking former state education minister Partha Chattopadhyay to appear before the CBI and gave the investigators liberty to arrest the minister if needed.