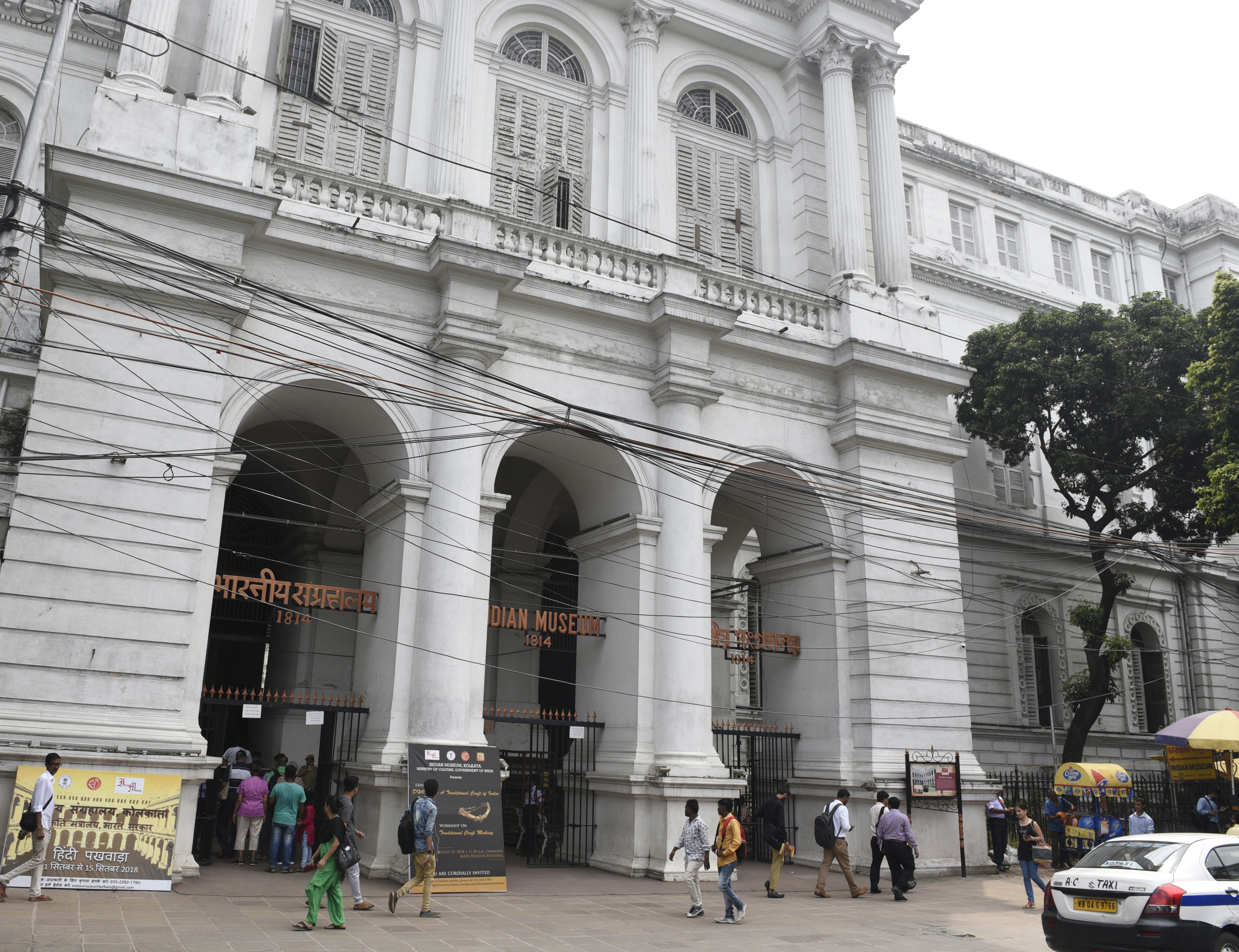 The devastating fire at the 200-year-old National Museum in Rio de Janeiro that gutted almost 90 per cent of its 20 million artefacts sparks concern about the vulnerability of Indian Museum, a similarly old institution with a collection of 1.08 lakh.

The Indian Museum is more than 200 years old and the grand old building on Chowringhee where it is housed is aged 143. The museum shifted to its present address from Asiatic Society in 1875.

The museum, with its vast collection of mummies, fossils of prehistoric animals and human skulls from the 3,000-year-old Indus Valley Civilisation, is unlikely to survive a raging fire like the one at the Brazil museum. “The firefighting equipment at the museum is not at par with the sophisticated devices of present times,” said the director, Rajesh Purohit.

Metro found out that a few fire extinguishers in the galleries is all that the museum is equipped with to fight a blaze. There are no fire detectors or smoke alarms, nor any evacuation plan for visitors. The electric wiring in the older galleries, like the terracotta gallery or the Egyptian gallery where the mummies are kept, have not been changed.

“We have different types of fire extinguishers in every gallery. But that is not enough to protect our artefacts,” Purohit admitted. The latest in fire extinguishers, with condensed aerosol fire suppression, are also absent.

Many of the items on display at the museum make it a tinderbox. “The taxidermy collection in the zoological section is highly inflammable,” Purohit said.

The museum lacks an integrated fire management system even after a Rs 200-crore modernisation programme was implemented in 2014.

The museum must also have trained firefighting personnel. “Regular supervision of the firefighting mechanism is a must,” Bhattacharya said.

A fire audit is yet to be carried out at the Indian Museum. “I have personally requested the director general of fire services to conduct the audit. But there has been no response so far,” Purohit said.

The fire brigade had asked for the maps of the museum which were provided, according to the museum authorities.

“There are 20 blueprints of the building which we have given them,” said the director.

The director also sends a fire report to the Centre every month. A fire safety manual was prepared after the National Museum of Natural History blaze in 2016. “We cannot make any changes to the building. But one has to work around it to make it fire-proof,” said Purohit.