Fear of reprisal after firecracker complaint

Till late on Sunday, nobody had been arrested for the alleged assault and intimidation 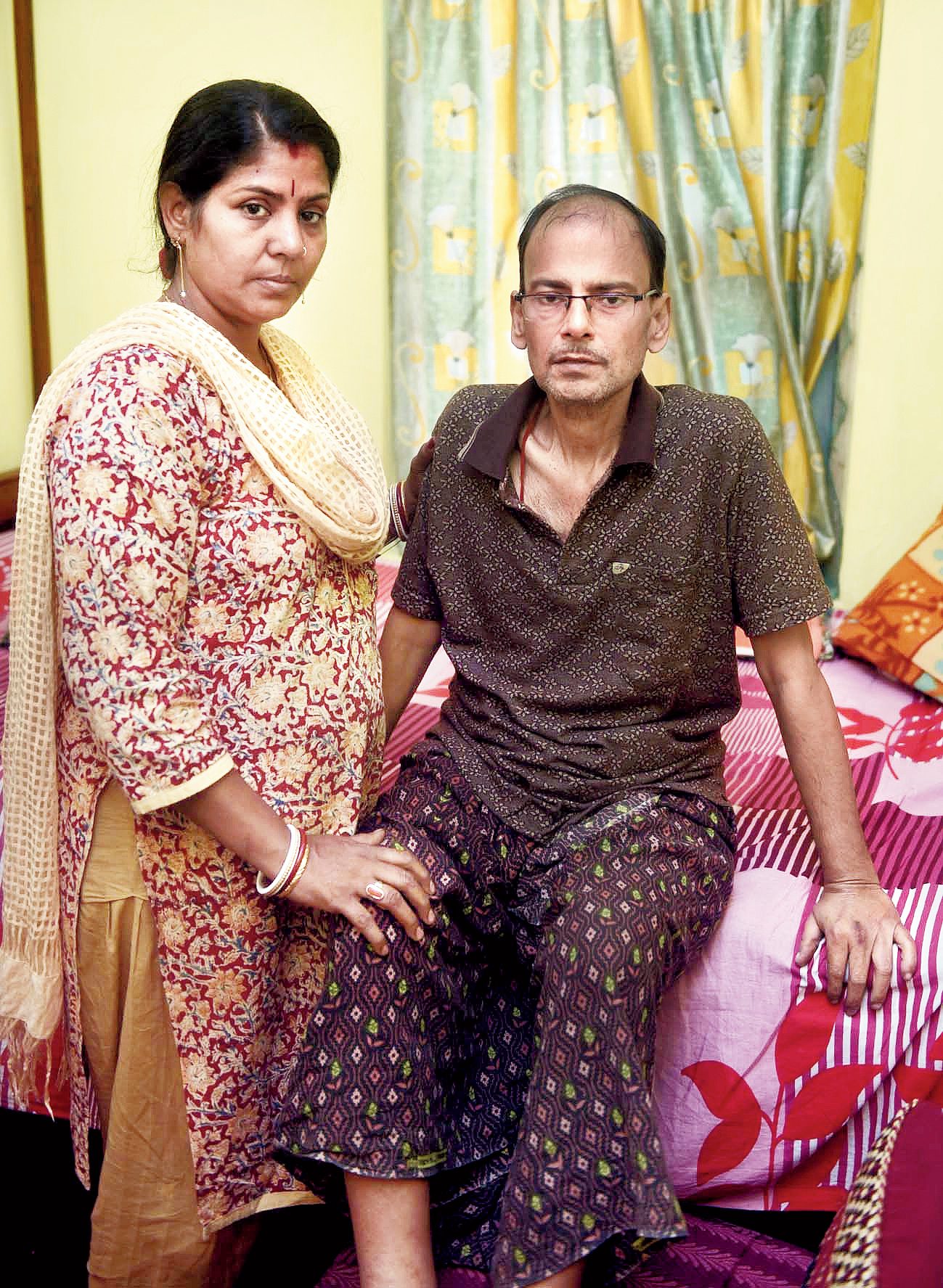 Chanda Chatterjee has her husband, a cancer patient, to look after. The last thing she needs in her life is hostility towards her family in a neighbourhood that has been their home for five decades.

The Chatterjees have been living in fear since Friday night, when some youths in a Kali Puja immersion procession allegedly assaulted Chanda’s ailing husband and their son for protesting against loud music and firecrackers being burst past 11.30pm. A couple of neighbours received the same treatment for trying to defend the family.

The fracas at New Government Colony in Regent Park didn’t end there. The accused turned up again after Chanda visited Regent Park police station to lodge a police complaint. The group allegedly threatened and abused the family, saying they would pay for reporting the incident to the police.

Till late on Sunday, nobody had been arrested for the alleged assault and intimidation.

“We have received complaints from both sides and have notified both parties under Section 41A of the CrPC. We cannot say when the investigation will be completed. I do not think the environment protection act is applicable here,” said Arijit Chattopadhyay, the additional officer-in-charge of Regent Park police station.

A team from Sabuj Mancha, an organisation of environment activists running a campaign against violation of firecracker noise restrictions fixed by the Supreme Court, had visited the family earlier in the day and promised to stand by them. “We will organise a protest rally in that neighbourhood. It is disappointing that the police have failed to take any action against the accused so far,” said Naba Dutta of Sabuj Mancha.

Chanda worries that the group will seek retribution once public memory of the incident fades. She recounted to Metro the horror of Friday night and the trauma her family has suffered since.

The fear that has entered our lives isn’t going away. In fact, it has increased because of what happened post-Friday. On that night, while a few of us went to the nearest police station, three youths stood outside our house and hurled threats and abuse. On Saturday, a neighbour who had come to our help was threatened by one of the accused in public.

Some people are talking about the noise norms outlined by the Supreme Court, but it seems to us that these hooligans in our area are a law unto themselves and nobody can touch them. How else are they still roaming about and threatening people? A police team didn’t visit us until Sunday evening, almost two days after the incident.

I still remember every detail. It was around 11.30pm. We had returned sometime earlier after immersing the idol that was worshipped during Kali Puja in our home. My husband Sandip had retired for the night. My father-in-law was also in bed. My son Subham and I were standing on our first-floor balcony watching the immersion procession passing by. Firecrackers were being burst one after the other, adding to the disturbance caused by loud DJ music blaring from speakers.

I requested the group not to burst firecrackers close to our house because we had ailing and elderly people resting inside. I also feared that the pandal in our compound would catch fire with remnants of burning crackers falling all over the place.

I repeated the request a few times because nobody seemed to be responding. One of the youths then hurled an abuse at me. My son, who had gone downstairs in the meantime, protested. That was apparently the ‘provocation’ they were looking for. The next thing I knew, a 50-strong crowd was at our door. My son was hit for standing up for his mother. My ailing husband, who has completed 15 rounds of chemotherapy, was kicked in the stomach when he stepped out. My elderly father-in-law wasn’t spared either.

We might have been lynched if not for our neighbour Partha Sen and some other people who came to our rescue and confronted the mostly drunk youths at risk to their personal safety. The fracas continued for about half an hour. Sen was injured in the melee and needed to be taken to hospital for treatment.

Our complaint mentions the names of some of the youths who led the assault. They are familiar faces because they live nearby.

I have personally never felt so helpless in my own home. I fear for my sons, who have to go out regularly. The local councillor paid us a visit, as did some members of Sabuj Mancha, but I am not sure what lies ahead.

Partha Sen, a neighbour of the Chatterjees who got injured while trying to shield Sandip
Sanjoy Chattopadhyaya
Firecracker Assault Fear Of Reprisal
Share
Advertisement
Advertisement