Post-mortem reconfirms that the jumbo died due to electrocution 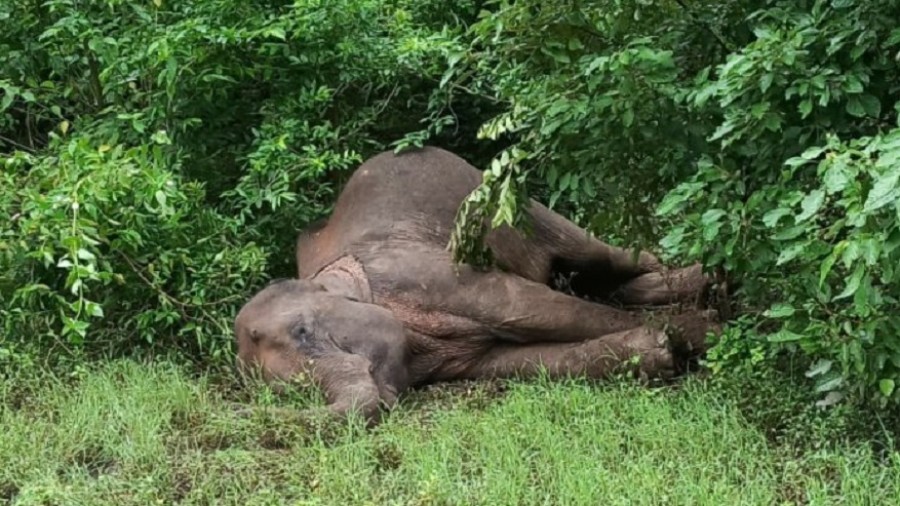 The carcass of an adult female wild elephant that had died due to electrocution was recovered from a village located under the Kalchini block of Alipurduar district on Wednesday.

The elephant, foresters said, died on Sunday night or Monday morning after it came in contact with some livewire that was illegally laid by some local residents to prevent elephants from entering the village.

“Today (Wednesday) morning, we got information that the carcass of an elephant has been spotted in Bijoypurbusty near Bhatpara tea estate of Kalchini. To conceal the carcass, some local residents had covered it with tree branches and leaves. It is evident that they wanted to hide the incident and also had plans to secretly bury the carcass,” said a forester.

A team forest officials reached the spot and during the preliminary investigation, they seized rolls of power cable from the spot.

In the course of the investigation, foresters arrested one woman for being involved in the incident. Searches are on for two other persons who had also laid the livewire, they said.

Later in the day, vets conducted a post-mortem and reconfirmed that the animal had died due to electrocution.

The woman, sources said, was produced at a local court here and has been sent to judicial custody for 14 days.