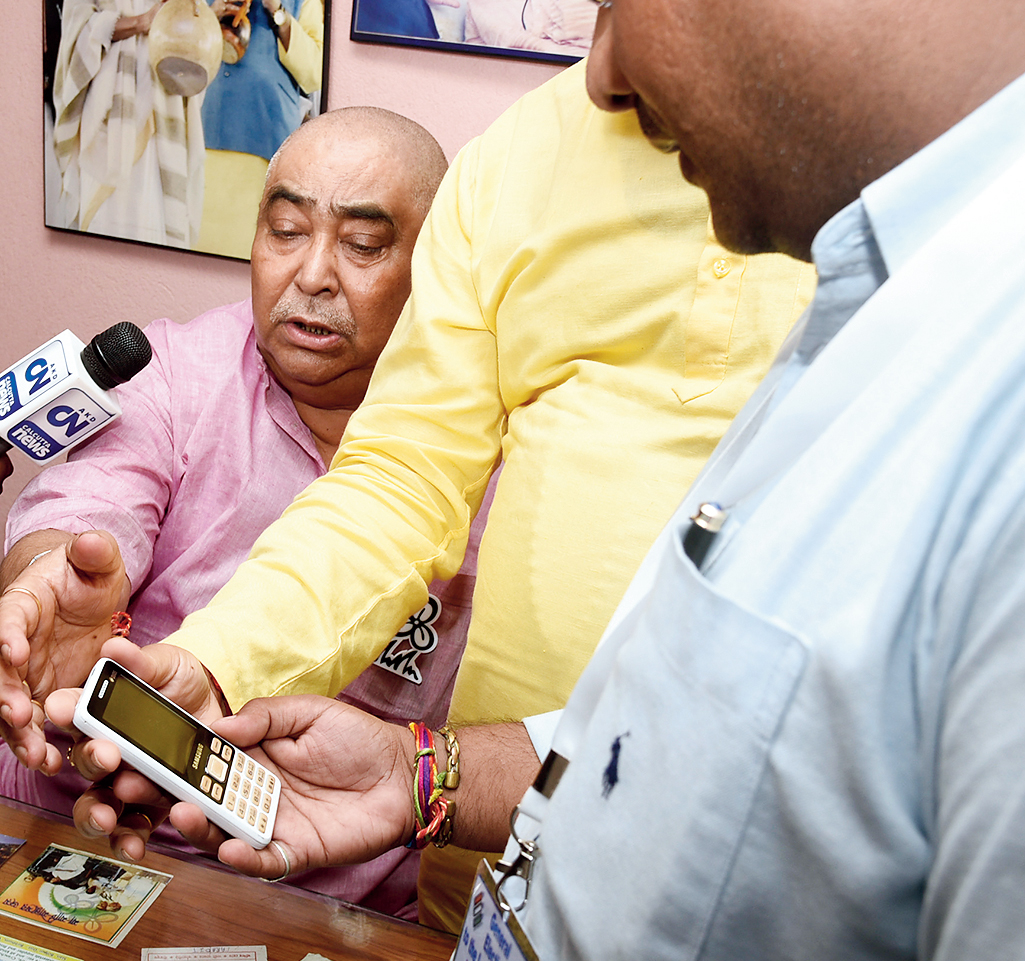 The Election Commission has decided to keep Birbhum Trinamul chief Anubrata Mondal under strict surveillance for around 36 hours and videograph all his movements till Monday’s voting gets over.

Sources in the district election department said all outdoor activities of Mondal were being videographed from 8.30pm on Sunday till 7am on Tuesday in the presence of a deputy magistrate and paramilitary personnel. Mondal’s mobile phone has also been confiscated.

The Election Commission issued an order to keep Mondal under surveillance on Sunday evening after special central police observer Vivek Dubey returned to Calcutta following his meeting in Suri with officials of the Birbhum district administration and police and leaders of various political parties.

District magistrate as well as the returning officer of Birbhum, Moumita Godara Basu, said: “He (Mondal) has been kept under strict surveillance following an order from the Election Commission.”

Officials said the decision had been taken following complaints from Opposition parties like the BJP and the CPM which referred to Mondal’s alleged inflammatory speeches and threats.

Asked about the surveillance, Mondal told The Telegraph: “I have been put under surveillance in an unjust manner. There are so many BJP leaders, including state president Dililp Ghosh, who have been issuing threats in their election speeches. But they were not kept under surveillance. This surveillance will not work because I have already briefed my party men on the strategy for tomorrow (Monday.”

Eight paramilitary personnel have been deployed in front of Mondal’s house and will accompany him whenever he steps out of home, along with a deputy magistrate and a videographer.

“Mondal will have no access to mobile phone. From Sunday evening, if someone from outside meets him, the conversation will be video-recorded,” a senior district official said.

During the 2016 Assembly elections also, Mondal was kept under surveillance for 48 hours ahead of the voting following an instruction from the Election Commission.