Eight BJP MLAs step down from standing committees in Assembly 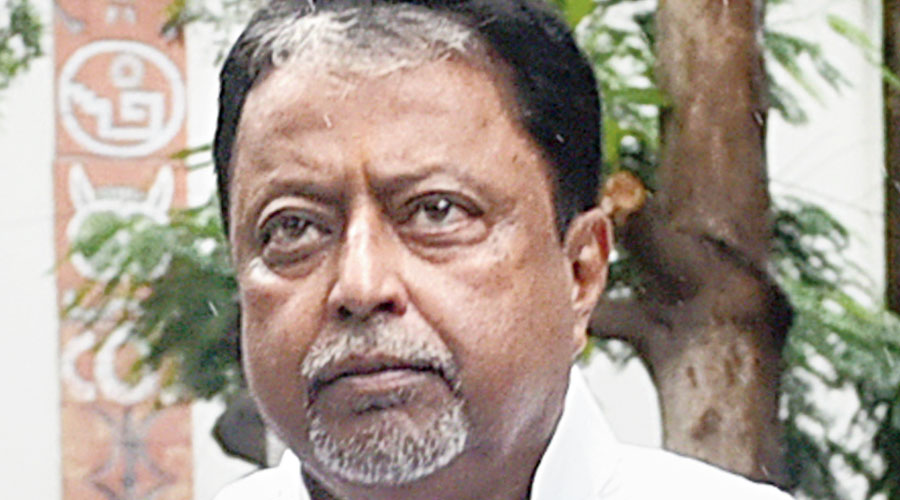 Eight BJP MLAs  appointed chairpersons of various standing committees in the Assembly resigned from their posts on Tuesday, days after the Speaker appointed BJP turncoat Mukul Roy as the chairman of the public accounts committee.

“I was not consulted before eight BJP MLAs were appointed chairpersons of standing committees…. To protest the lack of consultation...and politicisation of the post of PAC chairman, we have rejected the offer,” leader of the Opposition Suvendu Adhikari said after meeting governor Jagdeep Dhankhar on Tuesday. He said the BJP would meet President Ram Nath Kovind and Lok Sabha Speaker Om Birla next week on the issue.

Roy became MLA on a BJP ticket but soon joined Trinamul. The BJP did not want him to chair the PAC, but its Balurghat MLA Ashok Lahiri.

Though there isn’t any set rule for appointing the PAC chairperson, conventionally the post goes to the person nominated by the Opposition. Roy, the de facto No. 2 in Trinamul till he joined the saffron camp in 2017, won the Assembly polls from Krishnagar North on a BJP ticket. Shortly afterwards, Roy went back to Trinamul and his candidature to the PAC was publicly supported by chief minister Mamata Banerjee on the ground that he was a BJP MLA.

The BJP said that Speaker Biman Banerjee violated Rule 302 of the procedure and conduct of business rules in the Bengal Assembly. This rule specifies 20 members to the PAC have to be elected on the principle of “proportional representation”. The Opposition, in this case the BJP, can nominate six members, and the ruling party the rest.

“We will write to leaders of the two Houses of Parliament, leaders of the Opposition and Speakers of Assemblies of all other states in India on the issue…. We have spoken to our party president and presidents of state units for a massive campaign across the country on how Opposition rights are being curbed in Bengal,” Adhikari said.

BJP sources said the party was trying to prove that Roy had been nominated to the PAC as a “Trinamul MLA”. If this can be done successfully, the BJP’s case against Roy under the anti-defection law gets stronger, a BJP leader said.

The hearing of Adhikari’s appeal before the Speaker to implement the anti-defection law against Roy will be heard on July 16.

Tigga said a team of eight to nine MLAs, including Adhikari, will travel to Delhi to meet Birla and Kovind after July 19 when the Parliament session begins.

Taking a dig at the BJP over the resignation of these MLAs, Trinamul MLA Tapas Roy said they needed to understand the legalities and technicalities of the Assembly first. “In the Assembly the Speaker takes the last call. Why did they meet the governor on this issue?” Roy said.