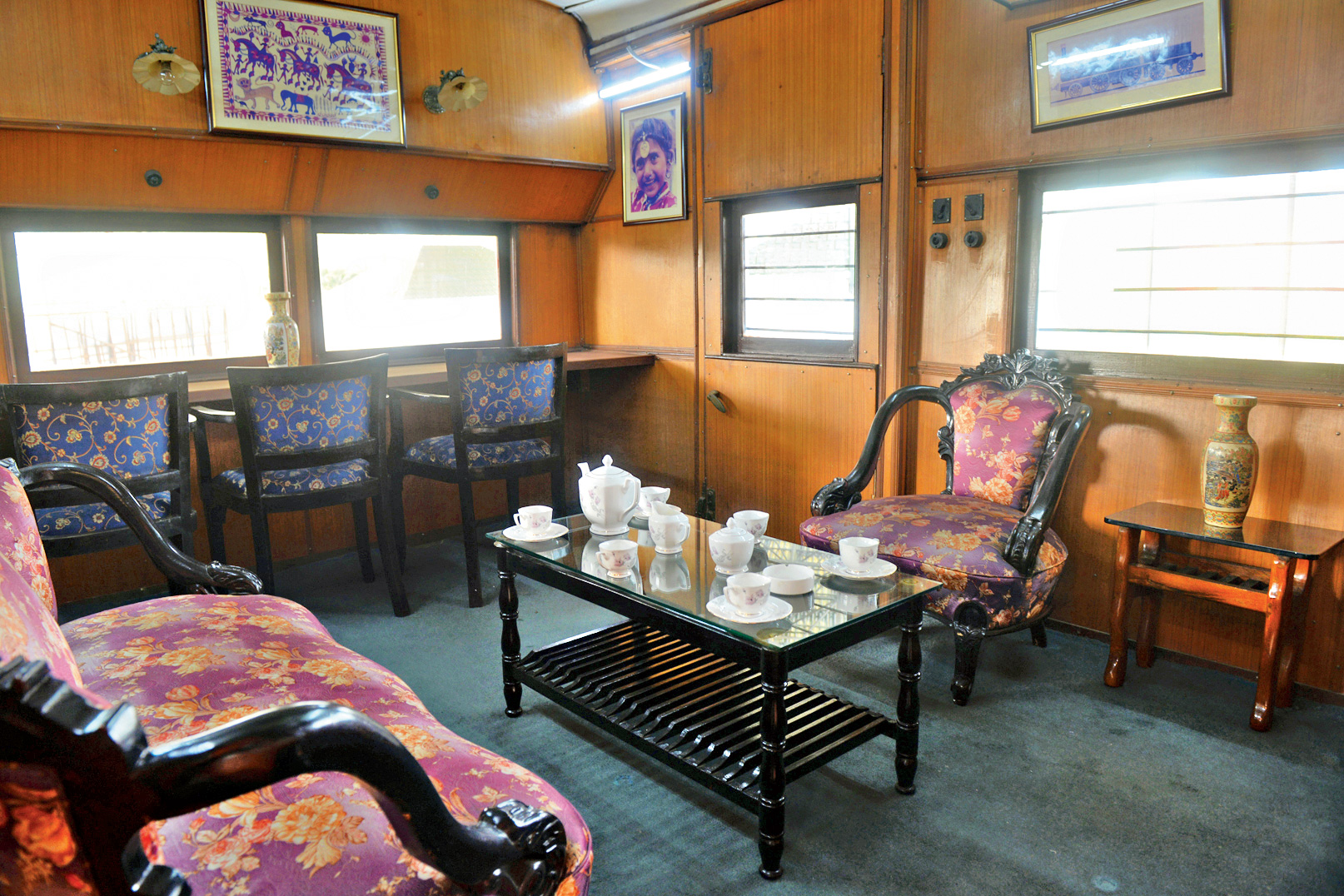 The wooden bookstall at the Howrah station concourse from where you may have picked up a paperback on several occasions was built in the UK — without a single hinge, nut or bolt — and shipped to India in 1905.

The piece of smart craftsmanship is among the many bits of colonial history nesting in the nooks and corners of Howrah station and highlighted during a heritage walk on Saturday morning.

The walk began at the Eastern Railway headquarters in Fairlie Place, covered the station and culminated at the Rail Museum in Howrah.

“We want to bring the three iconic railway structures under the ambit of heritage tourism. All three can be covered on a single day,” said Samrat Chowdhury, the chief mentor of BAUL (Bespoken Architectural and Unique Legacies of Bengal), which organised the walk in association with the external affairs ministry and the railways.

The Rail Museum is open to visitors on all days except Thursday. But there is no provision for tourist entry to Howrah station or the Fairlie Place headquarters. “There is tremendous scope for developing these places for heritage tourism,” Chowdhury said.

East Indian Railway, which later became Eastern Railway, had started functioning from a building on Theatre Road and shifted to its present headquarters at Fairlie Place in 1879. The road got its name from a merchant, William Fairlie, who supplied food for the elephants and camels of the British army. The building had been much smaller and was expanded after the East Indian Railway took over.

Apart from railway and heritage enthusiasts, several foreign envoys — including the consuls general of Japan, Russia and Germany — joined the walk on Saturday. The participants, guided by senior railway officials, spent some time under the majestic arches of the Fairlie Place building and in front of a plaque that mentions that the area was once part of the northwest bastion of the old Fort William that was raided by Siraj-ud-Daula. An 18th century cannon that stands on the Strand Road side of the building lies hidden behind a row of food stalls.

Apart from the A.H. Wheeler bookstall, the walkers also spent some time under the iconic boro ghori (big clock) at Howrah station. The clock — built in 1926 by Gent’s of London — continues to be the preferred meeting point at the 113-year-old building.

“When it was brought, Howrah station had six platforms. The clock was placed strategically so that it would be visible from all six,” said Sanjoy Mookerjee, the former financial commissioner of the railway board and a railway heritage enthusiast.

The Rail Museum spread across five acres off the Foreshore Road connector was the day’s last stop. The museum that opened in 2006 has 19th-century steam locomotives, carriages, saloons and other vintage exhibits that show the evolution of the railways.

The lavish interiors of a metre-gauge inspection carriage with drawing and dining rooms and a kitchen and a lathe machine powered by a steam engine built by H.W. Ward & Co, Birmingham, in 1908 held the envoys in awe.

“We plan to introduce a tour of these three places,” said Debashis Chandra, the group general manager (east zone) of the Indian Railway Catering and Tourism Corporation.