With the Bengal Governor's tweet, this is the first time two Gorkhas are appointed founding vice-chancellors in Bengal 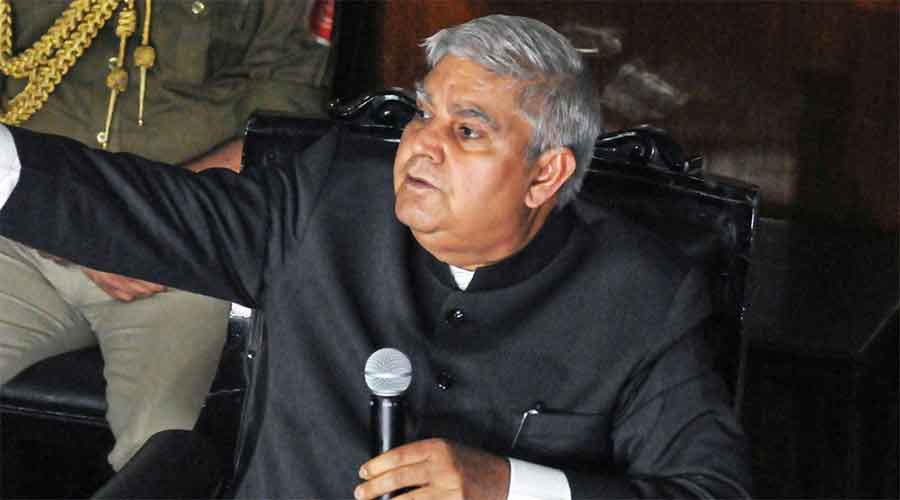 Bengal Governor Jagdeep Dhankhar on Saturday tweeted that Rajendra Prasad Dhakal and Shanti Chhetry were appointed founding vice-chancellors of the new Darjeeling Hills University and Alipurduar University, respectively, defying the “order of preference” of a search committee appointed by the state government.

With Dhankhar’s tweet, this is the first time two Gorkhas are appointed founding vice-chancellors in Bengal.

These past couple of days, education minister Partha Chatterjee had tweeted names of three candidates each for both varsities recommended by the state search committee.

In both tweets Chatterjee stated “sent to the Chancellor for formal nod”. Dhankhar, however, chose to make his own decision.

The Bengal governor adhered neither to the ‘order of preference’ nor ‘formal nod’, an observer said.

“It seems there is a lot more than meets the eye in the charged political atmosphere of north Bengal,” said the observer.

Bimal Gurung will climb the hills for the first time after three-and-half years on Sunday. He will be addressing a public meeting at Darjeeling Motor Stand.

Anit Thapa of the rival Binay Tamang faction on Saturday said he would take part in a padyatra (march) from Sonada to Darjeeling next Saturday. “During this march I want to gauge the number of people who want change in the hills,” Thapa, addressing an ex-servicemen’s meeting at Kurseong on Saturday, said.